Boiler Room is a broadcasting and party concept that has been shaking up the electronic music scene since it started in 2010. The idea behind Boiler Room is simple: take the best DJ’s and put them in one ‘secret’ place, stream it live to the world, and let the good times roll. In this ‘long read’ we feature 14 of the most legendary and iconic Boiler Room sets.

The first session, then a weekly show.

In March 2010, Boiler Room’s first session turned into a weekly show and has been gaining nationwide attention. The BBC covered this new digital broadcast channel for music artists on Ustream. Fader magazine noted that in just over one year from its inception as an internet streaming service with limited global audiences, Boiler Room emerged to become among the most important Underground Music Broadcasters out there today.”

Over the years, Boiler Room has broadcast sets from some of the biggest names in electronic music, including Carl Cox, Jamie Jones, Maceo Plex, and many more. If you’re looking for a taste of underground dance music culture, Boiler Room TV is your go-to source. In this article, we’ll take a look at 14 of the most iconic DJ sets that have ever been broadcasted on Boiler Room.

The first Boiler Room set on our list comes from none other than the king of techno, Carl Cox. This set was broadcasted back in 2013 and is still considered one of the best Boiler Room sets of all time. Carl Cox’s set is a perfect example of why he is considered one of the best and most booked techno DJs in the world. He takes the listener on a journey through various genres of techno, all while keeping the energy high throughout the entire set.

Canadian DJ and producer Kaytranada is up next on our list with his Boiler Room set from 2013. This set was broadcasted live from Montreal and features an eclectic mix of Hip Hop, R&B, and electronic music. What sets this set apart from other Boiler Room sets is Kaytranada’s ability to mix different genres together seamlessly.

At Dirty Disco were huge lovers of Nightmares on Wax, his productions, but also his connoisseurship of selecting tracks in his live DJ sets. His Boiler Room set in 2013 was no different, as he took the listener on a musical journey through various genres of electronic music. This set is the perfect example of how a DJ can use Boiler Room as a platform to showcase their taste in music, rather than just playing their own tracks. What makes this set even more special is that it was broadcasted live from Wax’s studio in London.

From Montreal to London we now end up in Melbourne for Aussies own Chet Faker who delivers a high quality live performance playing various instruments such as the drums, keyboard, and guitar. His music can be classified as electronica, but it’s really his live performance that sets him apart from other artists in this genre. This set was broadcasted live in 2014 and is one of the most unique Boiler Room sets that we’ve ever seen.

Who doesn’t love his music? The Bosnian-German Mladen Solomun, mostly known as just ‘Solomun‘ and 4 time DJ award winner for best DJ and producer and melodic deep house DJ. In his Boiler Room set which was recorded in 2014, He played a wide range of genres going from disco to house and techno. His unique ability to mix these genres together into one set is what made his Boiler Room set unique and a pleasure to listen to.

Talking about Disco, here’s a real Disco ‘house’ legend and his Boiler Room appearance just proves how he got the audience at FLY open air crazy with a few Disco classics in combination with newer Disco house gems. Folamour’s selection and mixing was so on point that it even got the Boiler Room staff excited as they called it one of the best sets of the day.

The next broadcast is not really a Boiler Room live-set like you are used to from the broadcasting platform. This is actually Bonobo’s last show of the infamous North Borders tour live from Alexandra Palace. Although it’s not really a Boiler Room ‘set’, the dj and his live-band and orchestra performed an amazing show with some of his most popular tracks . If you are a fan of Bonobo, or just good music in general, this is definitely worth the watch.

A more recent but not less iconic live broadcast is this one from hot in-demand DJ and producer Honey Dijon in 2018 at Sugar Mountain festival. Most recently she was asked to remix Beyonce’s ‘Break My Soul’. The dj set starts off with some slower Disco tracks but quickly builds up the pace and ends with some high energy house tracks that you know Honey Dijon best for. This broadcast’s not only Honey’s awesome music selection and mixing skills, but it also shows how people can enjoy and dance to music without looking at their telephone all the time.

One of the most legendary DJs and producers Fatboy Slim also performed at Boiler Room in 2016. Do you still remember Norman Cook playing ‘Lazy’ at Brighton Beach? If not, check out the dj set and be amazed by how Fatboy Slim still knows how to get a crowd going crazy. As he always does, he played a wide range of genres and tracks in his set, but still managed to make it sound like a typical ‘Fatboy Slim’ dj set.

Yes it’s not strange that we cover his music a lot here on Dirty Disco. Kerri Chandler is a true house music legend that created some of the best house classics we know and still is creating. This dj set however, is all about the tracks he played from other producers and dj’s, and a few of his own. He did an amazing job in selecting tracks that fitted his own sound, but still managed to create a dj set that sounded fresh and new. If you are a fan of Kerri Chandler or house music in general, this dj set is definitely a must watch!

One of our favorite female DJ’s, producers and you can easily mega influencer Peggy Gou also did a unique Boiler Room set. This dj set was unique because of the world being in a total Covid lockdown and at that time recorded without an audience in Peggy’s own home city and she played some of her all-time favorite tracks. This dj set is more on the mellow and relaxed side, but still has some high energy moments. If you want to hear an amazing DJ set, while also getting some inspiration without a live audience, then this is the live broadcast for you.

As South Korea’s lockdown is real, Peggy Gou presents her isolation session from the highest point in Seoul spectacular views of her home city bringing a feast for the eyes, ears & soul for all those quarantined at home. No wonder that this one belongs among the most legendary and iconic Boiler Room DJ sets.

Witness New York’s mighty house music pioneers Masters at Work (Louie Vega & Kenny Dope) gracing the Boiler Room stage in London. This DJ set is a pure classic and timeless as the tracks they played. The way these two DJ’s and producers mixed different genres and tracks together is just unbelievable. If you are a fan of house music, or just good music in general, then this dj set is definitely worth the watch!

Last but not least and yes there he is again… Fred! Yes In this most recent Boiler Room broadcasts Fred again.. debuts with an awesome and already timeless live DJ set. This dj set is just as good, if not better than all the previous dj sets we talked about. Fred again.. played a wide range of genres with high and low peaks throughout his DJ set. The tracks he played fitted together like a glove and resulted in an amazing live dj set that we can only hope to see more of Boiler Room sets like this in the near future. We also recently announced his collab with Swedish House Mafia here.

As you can see, Boiler Room is still going strong and has some of the best DJ’s and producers in the world performing live sets. If you are a fan of electronic music, or just good music in general, then these live sets are definitely worth checking out! Who knows, maybe we will see you at one of these Boiler Room sets in the near future! 🙂

That’s all for now, see you soon! 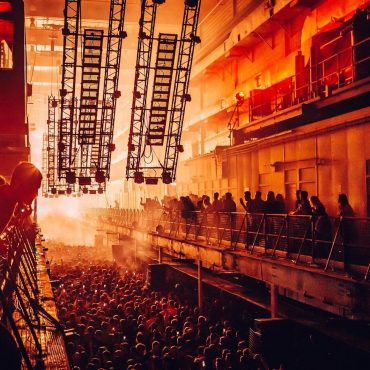 After a few weeks of speculation, it has recently been confirmed that Printworks will be closing its doors in December. However, the iconic London venue is going out with a […]