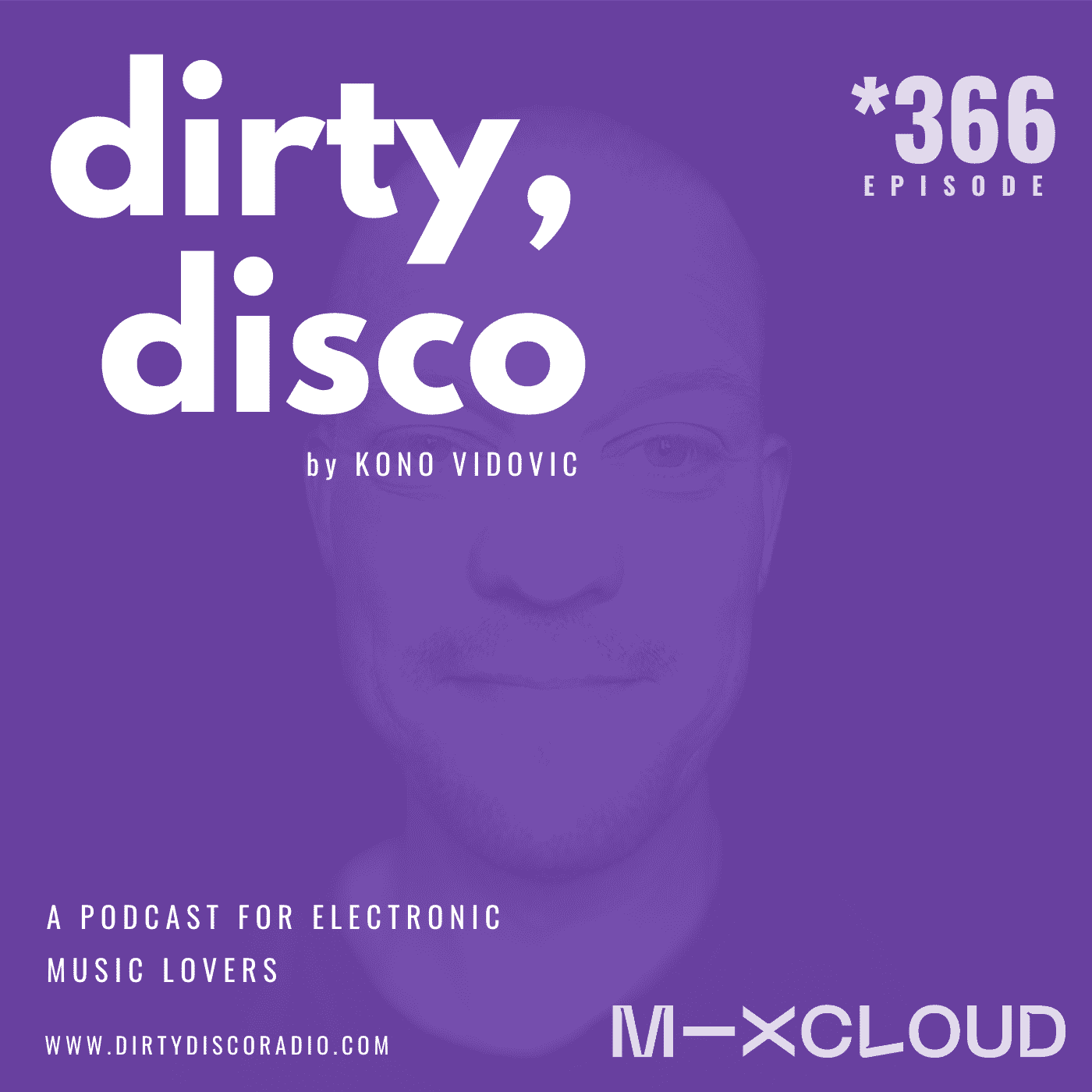 Music creators get their inspiration from all sorts of things in life. But one aspect can always be easily pointed out whether they do this consciously or unconsciously. In the warm seasons producers tend to let the nice weather play a role in the music they make. And the same thing goes for me, as a curator i try to incorporate the summer feelings during summer (like in this episode) so that the mix lies in harmony with the temperatures to give you a perfect summer infected music experience. In this Dirty Disco episode in selected 23 Summer infected tracks to do just that, so let’s get started and see what more there is in this week’s music show.

As a music influencer, DJ, curator and online radio maker i always try to give people the best in music in various ways. Next to playing music in my essential DJ sets and listing them in the various playlists. I’m always looking to present you the music in other ways, such as through my social networks Instagram and or Facebook. But also with a few of this weeks 23 summer infected tracks featured here below with a small music review attached.

Back in February Yuksek’s 4th album Nosso Ritmo came out on Party Fine which i featured here in episode 346. Since then a lot happened with the Summer infected tracks on it. A few of the best electronic music producers from the scene took a track and made their own version of it while maintaining that latin boogie bonanza, jazzy and soulful world music feel Yuksek incorporated on the album.

Today i’m featuring the second part of the remixes EP on his Nosso Ritmo album which includes remixes from Boston Bun, BOSQ, Get A Room and the Dutch Kraak & Smaak duo. I’m playing you the last two remixers and the Percupella remix on Corcovado.

Kisk and Robert Owens delivered a massive Summer infected House music track with Your Face on Apparel Music. Now and because of the labels 10th anniversary they are back with a digital version of their released music. Presenting you 8 tracks (one being released every week) that include a massive remix pack starting off with this one by Kisk & Robert Owens the legendary House music vocalist.

Even though i found the original sitting best in the mix selection the remixes by Mangabey, Hugo Mari, Loure and Lopazz & Casio Casino are real must listens. If you are looking for music to add to your playlist with Summer infected tracks, this should be in it this year.

The release date for the latest EP by Hidden Spheres – Breathing Deep will be around the end of August beginning of September on the Oath music label. With releases on record labels like: Lobster Theremin, Distant Hawaii, Rhythm Section and his weekly music show on ‘Fruit Merchant’ on NTS. Tom Harris a.k.a Hidden Spheres is can be seen as a remarkable DJ and producer within the electronic music scene.

This next release and the main title track i’m playing from it is also a well anticipated one as it brings us summer House music in its purest form with rhythmic percussion elements, a laid back groove, and a beautiful deep sunset chord progression.

Lately i have been giving a lot of attention to the in Valencia based strong upcoming House music label ‘theBasement Discos’. See this list of items i published about the labels music.

The latest one is Austrian based producer Jon Gravy who is a real house head Jedi and delivers his ‘Let’s Gruv’ EP on theBasement Discos. I included 3 out of the 4 tracks including the Pleasure Voyage Remix.

Female DJ and Berlin producer Cinthie reached a real milestone in her 20+ music career as she released her debut album on Aus Music in 2020. Her album titled Skylines City Lights witnesses her musical career in full aspect laying down tracks from all sub-genres within the House and electronic music scene. Expect from Chicago House to, New York Garage, European Rave and her remarkable Nu Disco sound all incorporated into this amazing new debut album.

To give you a taste i’m featuring two tracks from the album in this weeks music installment of Dirty Disco 366. First up in the selection is her track: Morning in Melbourne which is a piano driven House Groove ready to set any dance floor on fire. The other track i’m mixing in is her: 803 the Meme Queen, which delivers a perspective on her ability to create deep sunset focused and or rooftop party vibes.

Let’s stay with respectable female music producers for a bit longer and look at the latest EP release by London born and based Maya Jane Coles – Would You Kill (4 me?). Maya Jane Coles her career now expands over 12 years and is seen as one of the best Deep House, Deep Tech female music producers in the scene. Sometimes also referred to as the ‘deep dreamy house queen’.

From her latest EP “Would You Kille (4 Me?) i’m playing two from the three tracks on it. Both in a row and mixed together you’ll hear Piano Magic which is a deep piano driven groove. Right after you’ll hear me playing ‘Sweet Luv’ which extends the deep groove style but with a beautiful female vocal singing: sweet, sweet luv.

In the terms and styles of Maribou State, Four Tet, Seb Wildblood and the recently often played forthcoming release by Alps 2 & Simona Drive – The Burnt EP on Ad Hoc Records. I’m proudly presenting you this next EP by Throwing Snow – The Folly Of Pangloss EP.

Throwing Snow a.k.a. Ross Tones just dropped a new EP under a (for now) one time new alias ‘Snowing Throw’, confusing ain’t it? ;-). The Folly Of Pangloss EP includes two tracks which i both play in almost the end part of this week’s music episode. Both Lose Again and the main title track are as Ross said himself simple cut-up samples and bounce ready for summer projects.

Because of a little break i took last week, there wasn’t a weekly free download newsletter sended out or music review published. But you know i always make it up with you and i’m pretty sure there is much more free music for you here on this page that you haven’t downloaded yet.

As part of this selection with 23 summer infected tracks the two tracks i played from La Riff – Phare Ouest perfectly fit in and so do the 4 others on the EP as well. La Riff is giving away this 6 tracker EP ‘Phare Ouest’ away for free, and you can download it directly here as a .zip file below, after you signed-up for my weekly free download newsletter.

P.S. Here you can find another dope free track by La Riff from a couple of weeks ago. Check out and download his track Purple Disco Machine here…

Every Dirty Disco episode has it’s track listing displayed in the corresponding music blog on this website. Alternatively you can check out Mixcloud where you can also find a tracklist but with some limitations if you are not a Select member of me. When you are you will have a bunch of benefits such as, exclusive mixes, up-front tracklists, and the DJ ‘only’ mix session (without the presentation).

Feel free to use the tracklist beneath with the 23 summer infected tracks to find music you like and or share it with your networks. Thanks for tuning in to Dirty Disco! 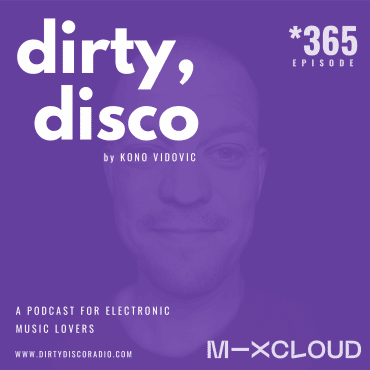 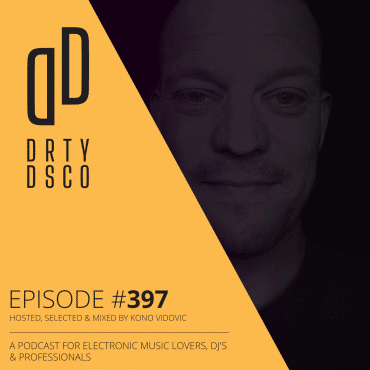 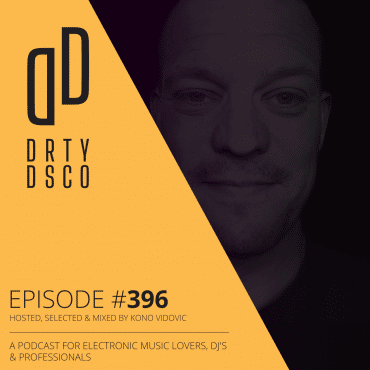