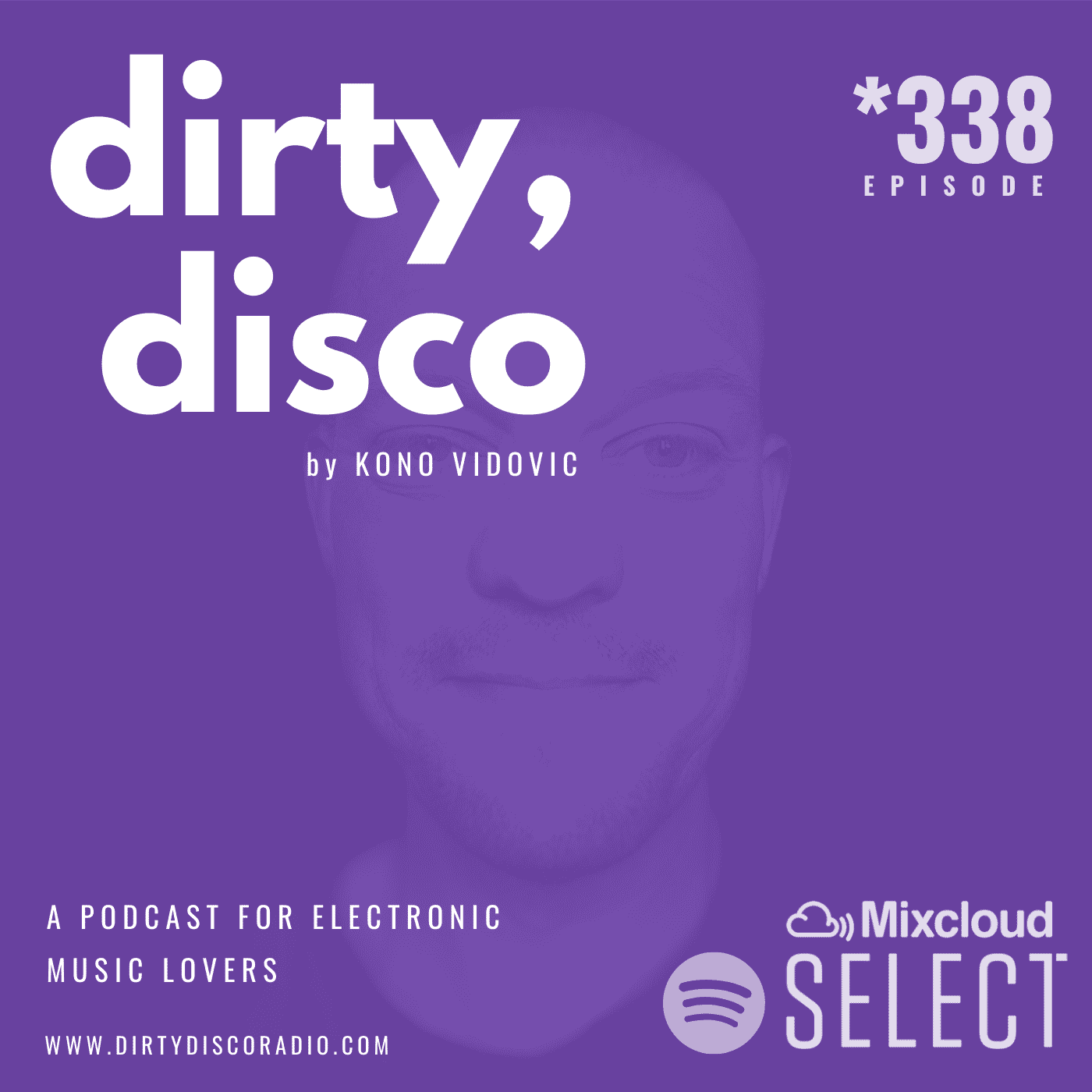 The second installment of 2020 is a fact. The 338th episode of our weekly electronic music podcast is here, including a lot of new promo’s, new comers, albums and EP’s so let’s dive into them right away. But before i do, please let me remind you that you can always share this page to support me and bring good music to others as well. Thanks!

I would like to start with a short notice about the Spotify playlist for this week. You may know about the playlist that i update every week with new music from the show. Sometimes it may occur that a few tracks are not yet available in Spotify. This mostly happens with the promo’s i play which are not out yet released to the public. Next tot that some track just won’t get released at all and therefore not all tracks i play are always available in the playlist. This week i would like to add some special attention to that since 50% of all played tracks are not yet available within Spotify because of the many promo’s in this week’s episode.

A few examples are: The Roundup VI compilation on the Heist Recordings label run by Head Honcho’s Detroit Swindle. This album is still a promo at the time of writing and will be released on the 24th as vinyl and 2 days later as digital format. The album includes a bunch of remixes on familiar tracks that have been released last year on the label. I’m playing you remixes from: Demuir, Perdu and the head honcho’s themselves Detroit Swindle.

On the 22th of this month Discojuice is dropping his new EP ‘Dance in Outer Space’ on the Flankup Recordings label. Even Though Discojuice is not new to the scene and has been DJing and curating music for more decades he only started producing in 2014. You can read more about his latest release here.

The very first album compilation called Fresh Take Editz 1 is available on the young Fresh Take Records label. Including a bunch of very tight disco edits on famous disco tracks. These edits are very well produced with a lot of groove, funk and soul which make them perfect for the dancefloor.

Lisztomania Records are going to release the new EP Art & Music by Hotmood on the 24th of January. The EP contains two tracks called ‘Art & Music’ and the second track: Hey Mr. DJ.

Next to the promo’s there are more releases featured in this weeks podcast episode. Goddard – With ‘Signals’ for those real broken Deep House heads. Deep Electronica is coming from the new music album by Lawrence Hart & Casually Here – Dansa. Producer Atdhe is taking you on a proper Deep Disco groove with his latest EP release on Citizens of Vice called Night Cruisers. I’m playing you at least 3 tracks from the four on this EP.

And last but not least to be mentioned is the new Chapter Five various artist album compilation on the Sub Urban label. Who every year compile their chapter compilations including their best rated tracks from last year released by the label.

Mixed & hosted music mix with or without the talking.

As a frequent listener you know that i always glue the selection together into a fine mixed playlist of 2 hours or more. While the music plays i’m talking you through it as your guide in music and radio / podcast presenter. Next to the hosted version of our weekly music podcast, i also upload the ‘DJ only’ version on my Mixcloud page so you can enjoy the mixed playlist / DJ mix without me talking. This version is for example perfect for parties or other occasions where you need music for. In addition i can also create a custom DJ mix for you on demand. Check out my information page about Custom DJ mixes and playlists.

Feel free to use the tracklisting to find the tracks you like from this weeks episode and support the artists and DJ’s. Feel free to contact me with questions or suggestions. 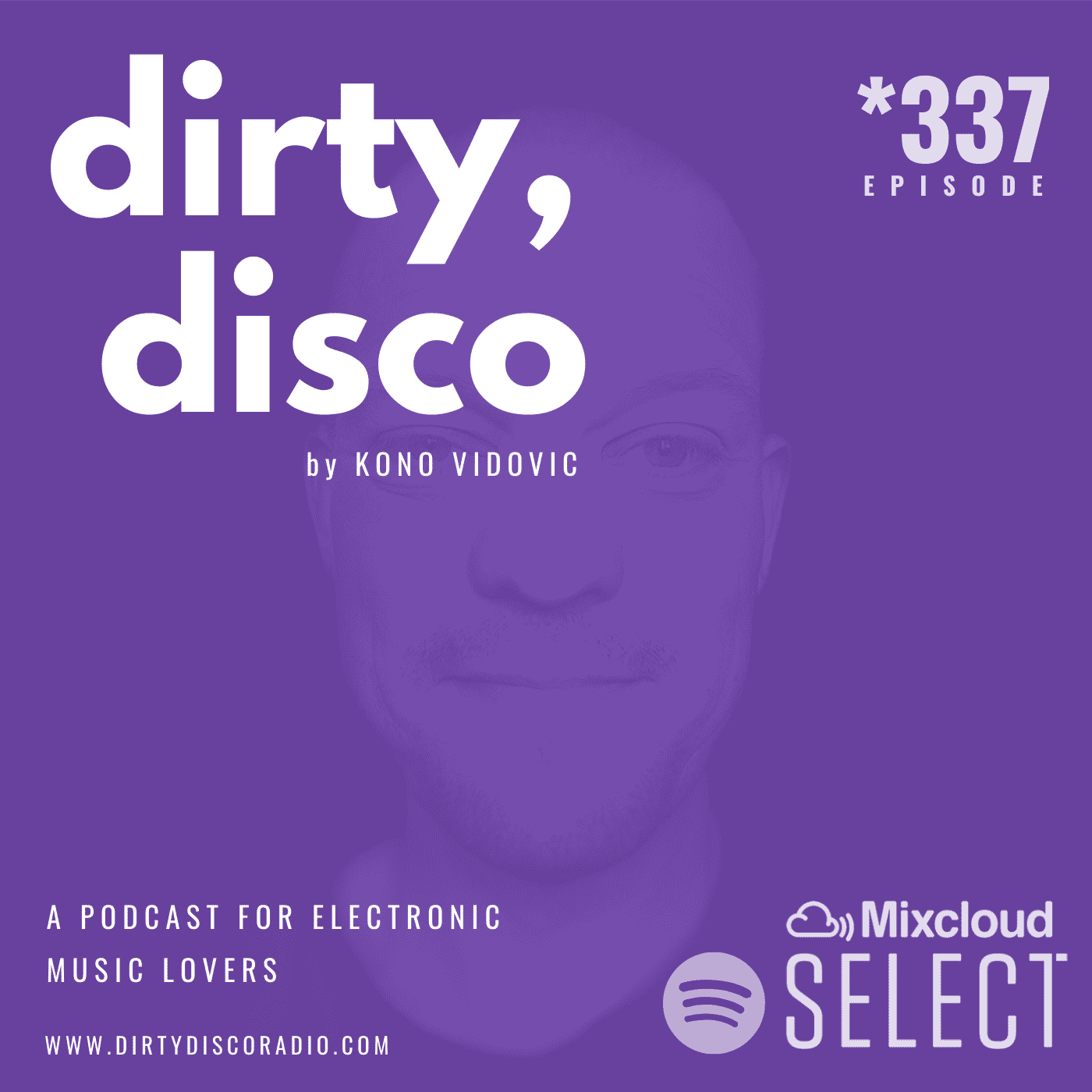 Hi people! Welcome to the very first electronic music podcast ‘Dirty Disco #337’ of 2020 and this new decennium called the 20’s. First of all i would like to wish […]