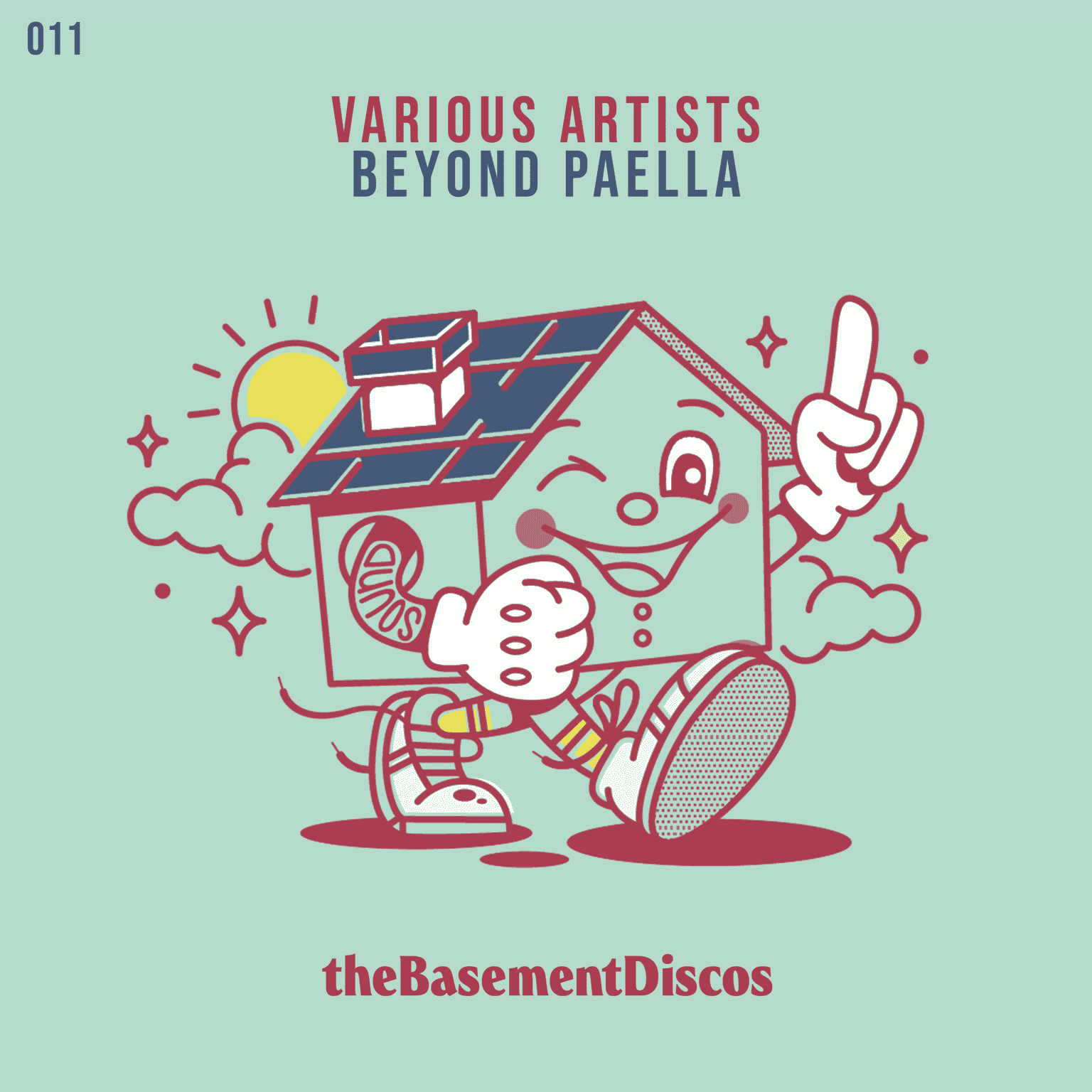 On Monday’s i present you the latest music show episode always filled with music gems. And on Wednesday i give you a new free track within our weekly free download series here on Dirty Disco. This week’s download follows up on the interview from last week with House music record label theBasement Discos.

After you read the interview and grabbed all the free party starters from their Chapter Four Edits EP which are also featured in online electronic music show 355. It’s now time to jump a little back into time to check out the first various album compilation on the Disco House oriented label called ‘Beyond Paella’ (TBX011). The tracks on it and the free download we are giving away today from Etur Usheo – Perfect Love which is also listed on this with dope Deep Disco gems filled album.

Who are and what is theBasement Discos?

Before we look at and review the Beyond Paella V.A. album and the free track by Etur Usheo, let’s look at the music label first. In case you missed out there is no better explanation and understanding of this upcoming Disco House oriented music label in the interview i did with theBasement Discos.

I strongly suggest you to read the interview to get a better picture about the label, but here is a short recap. theBasement Discos is a group of creative minds all with their own expertise that live and breathe in Valencia (Spain).

Their love for House music and the lack of it in their hometown brought them together to start theBasement Discos. Next to being a decent House music label with quality Disco, Deep House focused releases they also successfully organize events. In my interview with them i talked to Carlos Alandí who is one of the creative minds behind the label.

Even though the label is young they already released EP with music from respected creators in the electronic music scene and by us. Familiar names you might know are: Larry Houl, Peletronic, Whatever Charles, Marc Brauner, Etur Usheo, Jazzman Wax & Harvey Touch to just name a few.

These great releases already receive great support by even bigger names from the scene which tell us that the label is already being respected by many.

The album is heavily infused by sunshine vibes and maintain a bunch of positive ‘i want to dance‘ energy in them.

After releasing their Horchata artists album, and the Terraza various artists EP they released a full album compilation in 2019 titled Beyond Paella (TBX011) that includes 8 quality Deep Disco House tracks from a few of the respected names. The overall vibe and sound on Beyond Paella can be described best as Deep Disco, with a few of the tracks leaning more towards the Disco House style.

The Disco vibed music on the album is heavily infused by sunshine vibes and maintain a bunch of positive ‘i want to dance‘ energy in them. Jazzy and soulful influences, deep pad chords, dynamic rhythms, interesting beat patterns, skilled sampling are just a few of the keywords that qualify for this great album release.

As the follow up on the interview with theBasement Discos we decided to do a free track give away. Carlos gave me the freedom to choose any of the 8 tracks from the Beyond Paella album. After taking a good listen to all tracks i ended up with Etur Usheo – Perfect Love, which i featured earlier in electronic music podcast 333 here, along with two other tracks from the album by Whatever Charles – Medianoche and Matteo Viti – Toothpaste. I still remember i received many positive reactions on that episode and these tracks.

German Deep House producer Etur Usheo always been a loved producer here in Dirty Disco. I played many of his tracks until now and therefore i can say i’m happy to now give you his ‘Perfect love’ track for free as part of our weekly free download.

From all 8 tracks on Beyond Paella, Etur Usheo – Perfect Love is the one with the best Deep House vibe while maintaining that soulful Disco vibe and therefore in my opinion A Perfect Deep Disco Love.

The track starts with a luxe dynamic bongo pattern. Slowly a deep pad fades in from the background and claps add some layer to ignite the energy levels. An reversed open hat (riser) introduces a screaming vocal sample together with an extra layer of percussion elements.

Slowly but steady a solid bassline comes into play in the arrangement. Once again the riser enables a wider spectrum of sounds and the kick drum opens up the dancefloor. From here many things happen and standing still is out of the question. What happens is a beautiful Deep House track evolves and opens up like a beautiful flower in Spring.

Around 2:20 minutes in the first break brings you a famous sampled Disco vocal which you might recognize from the original real Disco hit: First Choice – Let No Man Put Asunder which got released first in 1983 on Salsoul Records.

Once the vocal brought you those melancholic emotions an dope filtered arpeggiator enters the well outlayed arrangement. I love talking about music, but i do love playing music more, so with that being said i hope i at least could trigger you to listen to the track and if you like it feel free to grab it for free in the box below.

All you have to do is leave your e-mail adres (so you will receive a free download every week directly in your inbox) and you can download Etur Usheo – Perfect Love for free.

Thanks for signing up! Download Etur Usheo – Perfect Love here…