Up Close & Intimate, A Interview With: Lorenzo Davillo 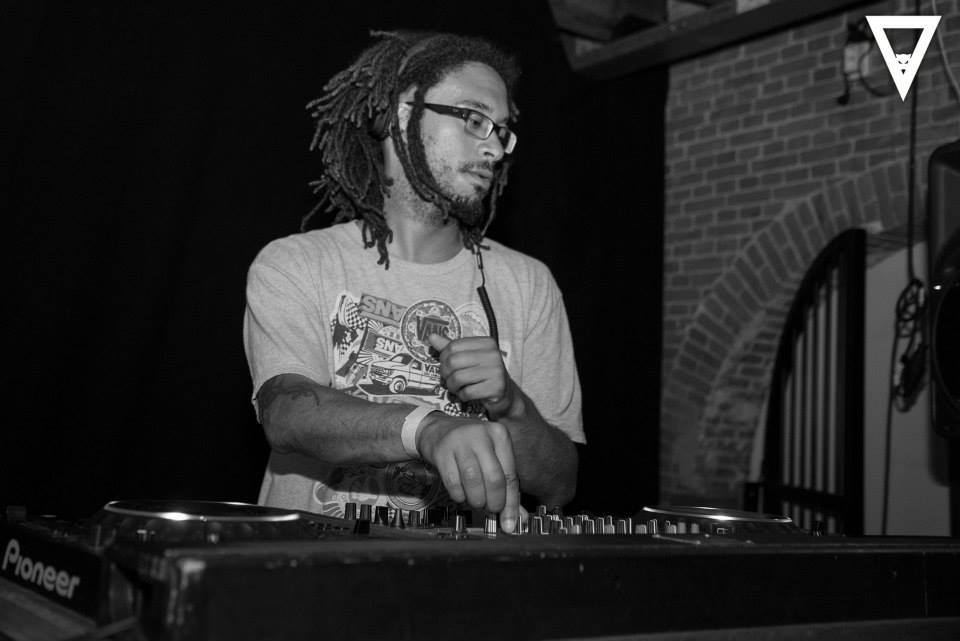 On Friday the 27th of February we are hosting a party at the Cuebar in Amsterdam “Technic Fabrique X Dirty Disco Radio” One of the DJ’s that we invited to come and party with us is the in Rotterdam based Lorenzo Davillo. Together with his friend and colleague Rutger Heij he is going to do a special B2B set. To get give you guys a pre-taste of what’s coming on the 27th we also invited them to do the exclusive guest-mix in our Dirty Disco Radio show / podcast 107, Broadcasted on www.deep.fm on the 16th of February.

Next to that we have also invited every DJ that’s playing at our party to do a little interview with us, just so that you can get to know the people behind the scene a bit better. So take something to drink sit down, relax and read our interview with Lorenzo Davillo.

1.Let’s start with little introduction, what is your real name and when did you start DJ’ing, what or who were your early passions and influences?

My real name is Lorenzo Davillo Dienaar. So how I am known as DJ are the exact names that can be found in my ID. I started DJ´ing when I was about 20 (now 28) years and visited my first festivals. At first I was a MC for Robbie Taylor, which I think was influenced by my cousin who was the main MC of DJ Paul Elstak. The choice for me to start DJ´ing was by being a visitor at parties and experienced how a DJ could bring people together. That really aspired me to start practicing and I believe that is my goal in life, bringing people together!

2.What are the most special moments in your artistic career?

There are two moments that followed each other up in one weekend. First one was being selected one out of 7 for the Toffler Talents night and that one of my personal hero´s Benny Rodrigues said to me he enjoyed listening and seeing me play. Two days after that I had the chance to play in a little paradise in Berlin; Sisyphos. It was only for an half hour but the way how people reacted and the energy they gave me, unforgettable.

3.How did you know that music production and DJ’ing were things you definitely wanted to pursue in life?

My pursuit in life is bringing people together regardless of which background people have. Music/DJ’ing is the medium to do so. I have had my first experiences with creating music and it made me hungry for more.

4.What are currently your main challenges as a DJ? What is it about DJ’ing, compared to, say, producing your own music, that makes it interesting for you?

My challenge as a DJ is to always do something else. I can say that all my sets are never the same. I also like to experiment new things and I am not afraid to do so in front of a crowd. Sometimes this works out not how I intended and sometimes it does. What’s interesting about producing is that I really get to create my own thing. So my main challenge for the future is to learn working with music production software independently. 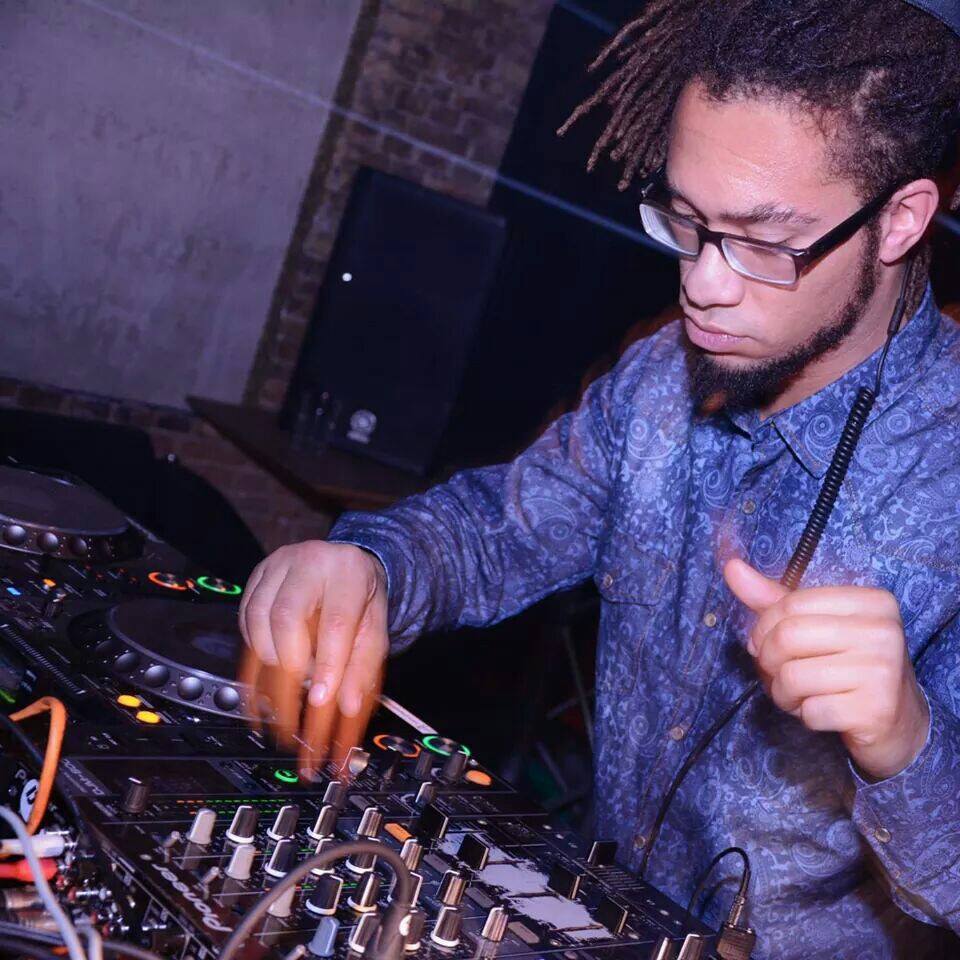 5.What do you usually start with when preparing for a set?

When I know which time I will play and what the sound of the specific party, I just jump into my collection and look for new songs that fit in with that particular sound. So if I play an opening set this will be totally different from when I play prime time.

6.How do you prepare for a gig? Is there a ritual that you always do?

Just listen a lot of music. That can be out of my collection or looking for undiscovered songs that fit with the sound that I have in mind that I want to play.

7.What makes you decide to play a particular track during one of your sets? Is there a criteria other than pure subjectivity, for selecting what to play at a gig?

I don’t pick a particular track but a particular sound.
By listening through my headphones to find a certain sound that can blend in with the one that is playing. What I really like when I’m mixing is when the outro and the intro are “talking” to each other. For me this feels like you are creating something new with two different songs.

8.When there’s more music than one can possibly take in, it is becoming increasingly hard to know what constitutes an original and a remake anymore. What’s your opinion on the importance of roots, traditions, respecting originals and sources?

I think it’s really nice when I hear a track that uses a sample of another song. For example, the song Me, Myself and I from De La Soul, use the melody of Loopzilla from Bill Clinton. But I heard the remake before I heard what I assume to be the original sound from Bill Clinton. Then I’m like, “that’s nice!”. I think every form of music resembles its roots, traditions and thereby respecting the originals and sources.

9.Do you feel a crowd is actually able to appreciate the intricacies of complex DJ’ing, if they don’t actually know what, precisely, is happening behind the decks.

It depends on what kind of crowd you have. I think visitors of Awakenings have big appreciation and understanding, for what DJ’s do.
If you play at a party where people are constantly asking to put on “their song”, I think there is less appreciation. But I think it also depends on what sort of DJ is playing.

10.The relationship with the audience is crucial for a DJ, and yet it seems to be a fragile one. How do you see the balance between giving the crowd what they want and treating them to something new?

11.DJs that just press play on their laptop may have given technology a bad name, but without technology, there’d be no DJ’ing in the first place. What’s your perspective on the relationship and the balance between technological advances, music and the art of DJ’ing? How have particular technologies changed your style of DJ’ing?

I started playing on cd players and I still do. Most likely, the new generations will mostly start with the newest technologies available for DJ’ing and I can’t blame them. And I don’t hate them for it but I have more respect for the old skool who still come with their trolley filled with vinyl. And I’m not alone on that one haha.

12.Can you give us a hint of the musical treats and surprises (new tracks, edits etc.) you’re going to serve us any time soon?

Well, for now I’m focused in organizing an event. I want it to happen somewhere around end summer or early fall so I’ll keep you posted 😉

13.Take us with you on a perfect night out in Amsterdam. Where do we start, what clubs do we go to, where’s the afterparty?
To be honest, I don’t come to Amsterdam that much. I’ve been to Trouw for the first time in November last year. So come to Rotterdam, we’ll meet in Zwarte Paarden. A nice little cosy bar on the side of Witte de With

14.What’s one thing that people would be surprised to know about you?

When I show people a video on Youtube in which I am performing a song at Juize FM, they are like “wow”. Because then I was bald and I have a totally different look.

15.If you could collaborate with one artist, dead or alive, who would it be and why?
Sting of Mr. Probz… Their shit is classic!

Thank you for the interview Lorenzo! 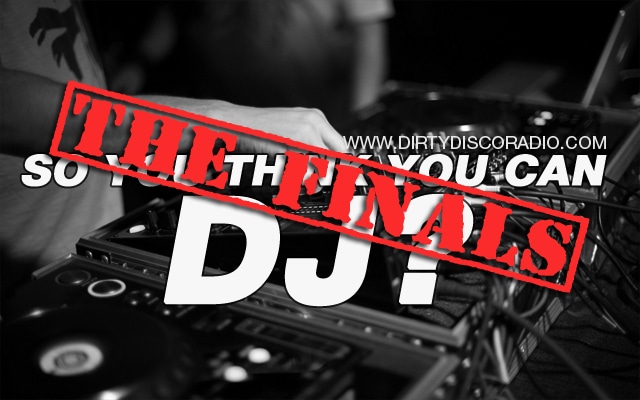 So you think you can DJ? – The Finals – Choose your favorite DJ.