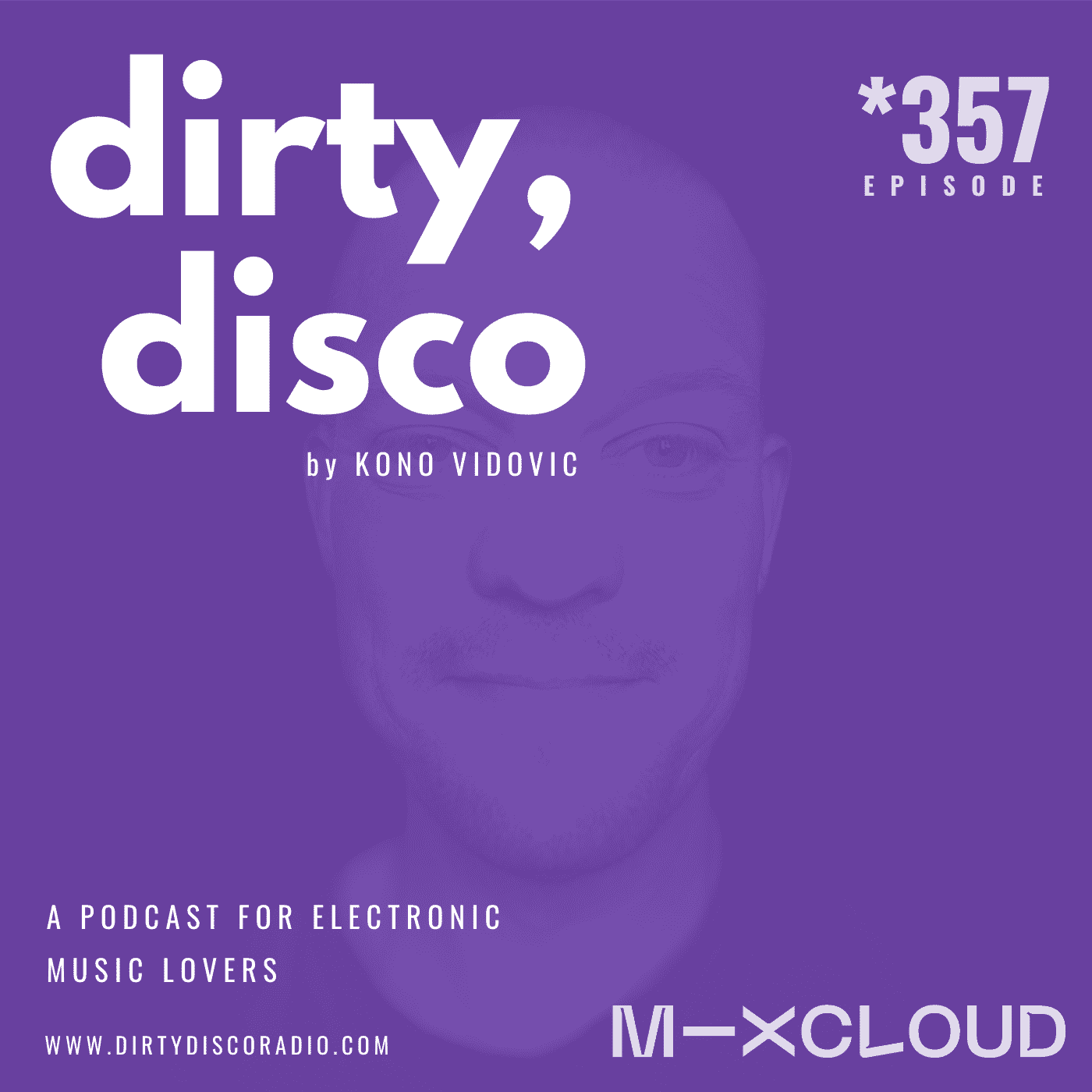 Trying to find the right words in a title to describe my weekly music show is always hard as there are so many interpretations of the same thing. Last week i called show 356 a House Music Podcast (because of the many Deep-house tracks in it) This time i prefer to use Dance Music Radio as a preferable term for Dirty Disco 357.

Nowadays understanding defines a lot under all the terms i sue for my music show. As even music show can be something with many interpretations. Is it a podcast, a hosted / presented DJ mix? An online radio show? Or perhaps even an online radio station? You see Dirty Disco goes beyond all of these concepts as it fills all gaps and it’s becoming more and more a full music platform with extensions everywhere. Next to our music blog and presented music podcasts. My weekly show also is broadcasted on various online and offline (FM) dance music radio stations worldwide.

The show is available on various music platforms such as Mixcloud, Soundcloud, Spotify, YouTube and a few other big brands. And more recently i started to experiment with live streaming events such as on the all new Mixcloud Live platform.

However you would like to call and refer to Dirty Disco it’s all about the love for music and the electronic music scene. So without further ado let’s get on with the music selection in this week’s dance music radio episode 357.

Among the 23 tracks in this very blended dance music radio mix 14 of them are available on that now very unique piece of plastic. Vinyl lovers can eat their hearts out with these beautiful releases on 12”. Just check the full track listing on the bottom of this post to see which music releases are available on vinyl. On the current time of writing and recording this dance music radio show there are 4 promo’s included and among them are:

Let’s see which music labels, artists and their tracks are in this week’s dance music radio selection.

Stephen Fasano is one of the finest Nu Disco / Disco House Music producers in Belgium and far better known under his artist name: The Magician.

It’s been a while since he released new music but luckily he is back with his first release in 2020 a brand new Renaissance EP on Atlantic Records UK.

On the Renaissance EP you’ll find 2 new tracks: You And Me, and Disco Romance. My ears got attracted by Disco Romance so i decided to include the track in this essential selection.

The in Mexico born and raised producer Mateo González who goes better under his stage name ‘Bufi’ released a new EP called ‘Ópala’.

For this week’s mix selection i used the main title track on the EP which is the perfect example of Bufi’s connection with the culture, nature and beauty of his ancestors enigmatic world sounds in Mexico.

You can say House Music blended with world music and his traditional roots in a combination of analogue club music.

Andrés – All U Gotta Do Is Listen | Hizou Deep Rooted Music.

This next music creator can easily be mentioned in the same line of names as: Moodymann (Kenny Dixon Jr), Theo Parrish, Hanna (Warren Harris), and Marcellus Pittman to name a few. We featured Andrés here in Electronic music podcast episode 334 before as these names are all colleagues and friends he collaborated with in the last few years.

The Detroit based producer released music on labels as: Mahogani Music, NDATL and his own record label ‘La Vida’.

Felipe Gordon – For A Bright And Acid Future | Local Talk.

Both Local Talk Records and producer Felipe Gordon are very respected names here in Dirty Disco as i play a lot music from both of them. No we can proudly say that both are joining forces and Local Talk added Felipe Gordon to their House Music family in 2020.

We know Felipe Gordon as a creator with a variety of musical flavours and high quality tracks that never seem to disappoint.

Local Talk and Felipe released a new EP including two new tracks, the main title track which lends its name to the EP: For A Bright And Acid Future is a jazzy piano styled bass track. On the other side of this EP there is Son Esquivias which is a groove driven maximizing vibe. The EP will come available as 12” on 30-6-20.

The last few weeks Lisztomania Records is on a roll and i have featured many of their releases and or connected labels that are tied to Head Honcho Igor Gonya.

Their most recent new music release is the Cocos Nucifera EP by the House and Disco duo Atchoum & Grincheux. On the EP you will find 4 new tracks bringing you that real Disco House vibe ranging from exotic baile funk grooves, piano riffs and a acid bass line in Cocos Nucifera, until a real dance floor Disco banger in the track ‘Salut Fred’.

For this dance music radio session mix i selected the included remix from German producer wurzelholz and his Milky Mix on Cocos Nucifera which gives the original a bit more of that deep house flavor taste.

With releases on house music labels such as: Lobster Theremin and Distant Hawaii you can say that Smart Bar Chicago resident DJ Garret David has earned his stripes in creating beautiful dope deep house music.

For this essential mix selection i featured two of the tracks and you will be able to hear and enjoy the deep groove in ‘Whatever, Whatever. And the deep hypnotic sounds in ‘On The Bridge To Boscobel. This one is also available as a 12” here on deejay.de

Last week i mentioned that i’m not always able to drop the weekly free music in every dance music radio show. To maintain high standards and creating harmonies within my weekly mixes it’s sometimes not possible to make the free track in that week fit. But no worries as i will keep publishing the music reviews and add the free downloads here on my blog as i will also refer to it from the episodes.

Last week i already featured a few of the tracks from this completely free music album on the Fresh Take Record label. If you love Disco edits and House make sure to grab this freebie here below. Just go to the full music review on the various artists album fill in your e-mail address and download this DJ friendly material.

Last but not least all the necessary information to find all the tracks from this week’s dance music radio show. Whether you like to listen to the tracks in full length on your favorite music streaming platform. Or if you would like to buy it in digital format to add it to your DJ collection so you can play it in your upcoming mixes, or if you are a vinyl lover that wants these music gems and must-haves on 12” so you can play them on your turntables as a DJ or just for easy listening pleasure. 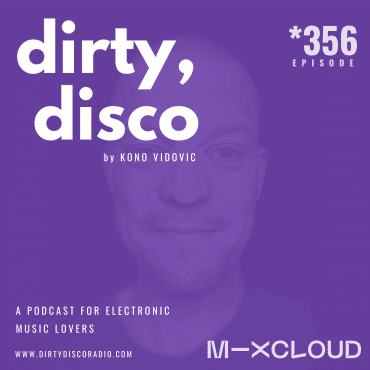 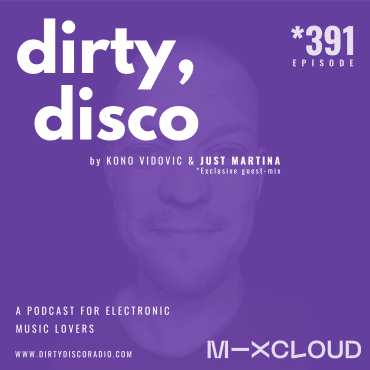 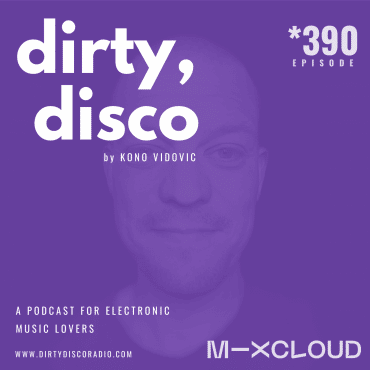