“Make You Go Higher” by David Morales came available on Bedrock Records this July 23, 2022. His “Stereo Mix” of the track is an improvement on the original, with a deep and warm canvas of sounds including trippy sound effects, reverbed vocal keys and heady synths.

A dreamy remix from a legend of the scene, David Morales has delivered a beautiful house mix that is perfect for sunrises, sunsets and everything in between.

David Morales is an internationally respected American DJ, Grammy Award-winning record producer, songwriter and entrepreneur. He has produced and remixed more than 500 records for a diverse group of artists including Mariah Carey, U2, Michael Jackson, Aretha Franklin, Madonna and Whitney Houston.

One of the first to perform globally.

Morales, a New York City native, worked as a DJ in the 1980s and 1990s at clubs such as Paradise Garage, Red Zone, Ministry of Sound, and Sound Factory. Morales teamed up with house music legend Frankie Knuckles and For The Record DJ Pool founder and New York nightlife entrepreneur Judy Weinstein to start Def Mix Productions. He was one of the first DJs to perform on stage outside of the United States.

Remixes for the greatest artists.

Morales’ prolific production career kicked into high gear in the 1990s with the release of his first solo album, “The Program” by David Morales & The Bad Yard Club. In the late 1990s, with hundreds of remixes including Mariah Carey’s “Dreamlover,” Janet Jackson’s “Throb,” Alison Limerick’s “Where Love Lives,” CeCe Peniston’s “Finally,” Jaydee’s “Plastic Dreams,” Robert Owens’ “I’ll Be Your Friend,” to name a few, Morales also recorded the groundbreaking house track “Needin’ U” under the name “David Morales Presents The Face.

Morales’ second album, “2 Worlds Collide,” arrived in 2005, followed six years later by his third album, “Changes.” He was nominated for his first Grammy Award in 1996 as a producer on Mariah Carey’s album, “Daydream”, for the song “Fantasy”. He won the 1998 Grammy Award for “Remixer of the Year”.

He launched Diridim Records in 2018 to sign and develop artists. His radio show Diridim can be heard on Ibiza Global Radio. 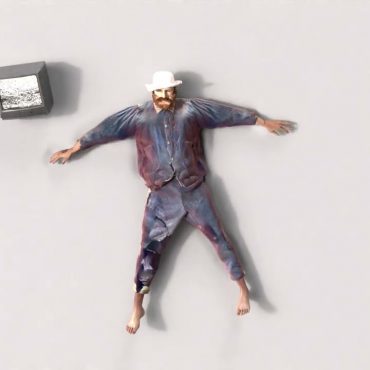 New song by Chet Faker – It Could Be Nice.

In recent years, we’ve seen how mercurial Australian musician Nicholas James Murphy can be. Using the pseudonym Chet Faker, as well as his own name Nick Murphy, he ping-pongs between […]