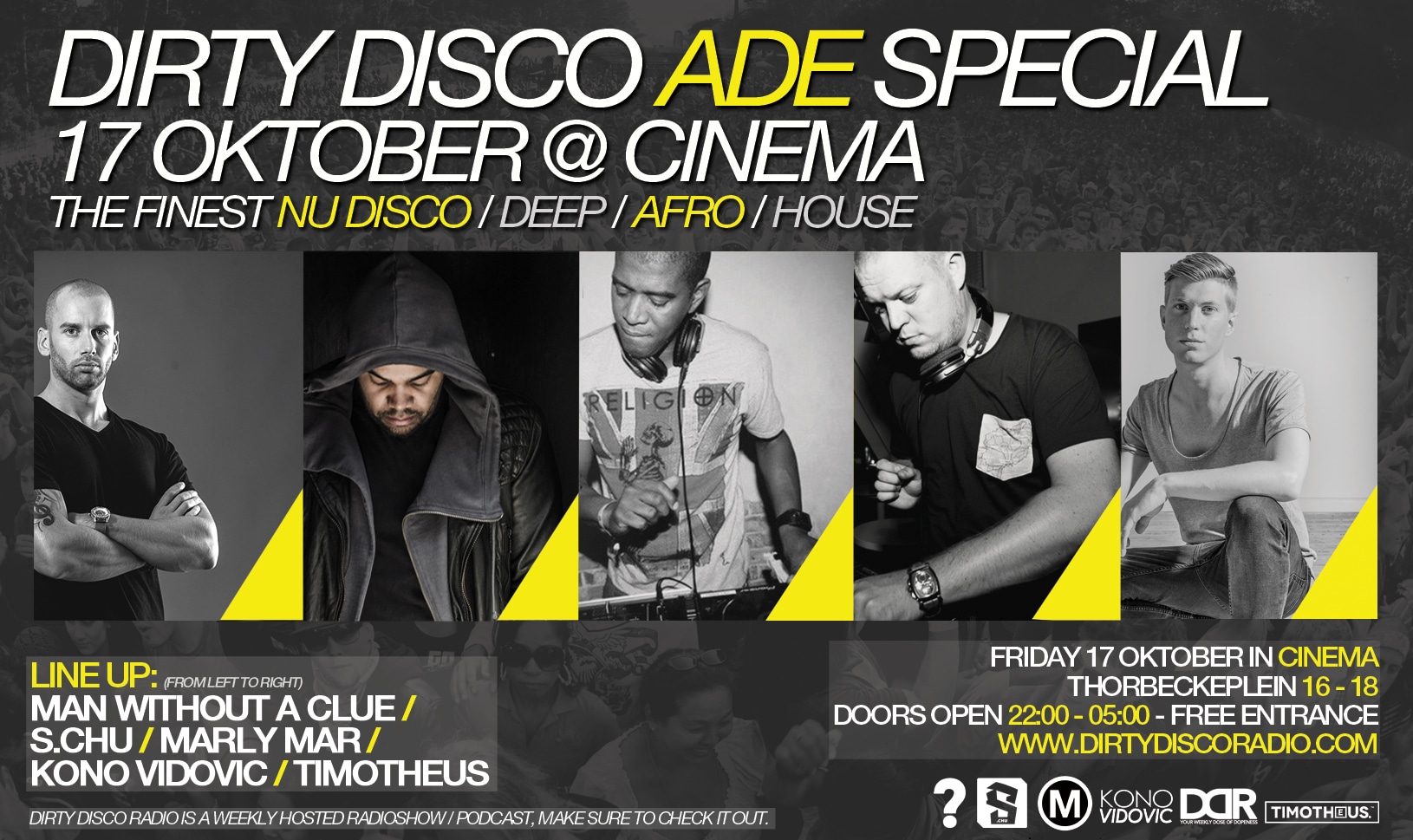 After many live broadcasts on your radio and as a world wide known podcast, Dirty Disco is going to have it’s first real event, and not just any event, we will do a Dirty Disco ADE Special at the Amsterdam Dance Event.

Expect only the finest in: #nudisco #deep #afro #house
Like you are used to from us in the show.

▬▬◣◥ FREE ENTRANCE ◣◥▬▬
And guess what? The entrance is for free! Do bring your groove shoes, your friends, your love and let us do the rest.

Although Dutch producer Man Without A Clue has been around for well over a decade, it has only been over the last few years that his career has progressed to the next level. During that time the reaction he has received has been phenomenal; praise from legends such as Kenny Dope and Roger Sanchez and releases on imprints including DFTD, Dope Wax and Stealth. Contrary to the artist’s pseudonym, he evidently knows exactly what he is doing.
While MWAC have been working as a producer for over a decade, he decided to first step forward in 2012. It wasn’t untill his third release: “When I Play This Record”, which received heavy support, his name was exposed to a bigger audience.

2014 is going to be a great year and lots of new records are waiting to get out there and while he still doesn’t have a clue, it seems like the rest of the world does…

S.Chu (real name Simon Chue) has had a career journey to date that defines versatility,
with his own production ranging from Kano & Mitchell Brothers to partnering up with legendary Garage producer Wookie as one half of “Exemen” which has seen them remix for acts including
Jessie J, Roll Deep & Funkystepz and as a Dj, touring with many high profile artists including
The Streets, Professor Green, Neon Hitch, Example, Fun Lovin Criminals, Kano & Calvin
Harris.
It’s the inspiration of this diversity that can be heard throughout his own solo material which he
describes as an eclectic fusion of Hip Hop, Soul & Electronic , Sometimes described as melodic
and Abstract.
Having released his debut single “Oh my” through renowned House label Defected & Copyright
recordings in 2013, receiving support from Dj’s including Annie Mac, Toddla T, Dj Cameo, Sarah Jane (Including Record of the week on her 1xtra show) and more, he now presents his second single, released through Defected Records “Closure” is a deep soulful house track featuring the vocals of Terri Walker.
Without a doubt the next year is set to be landmark one for S.Chu, one to keep a very close eye
on, although you probably won’t need to be looking very far.

Marly Mar aka Mr MONDAY® is a house soldier whose true mission is spreading love for Real House Music. As founder and resident dj of the successful club night “PARTY ON MONDAY®” at the Supperclub in Amsterdam he added an extra day to the weekend for the Dutch party crowd. Every week he plays his Afro-beat, Soulful, Deep House sounds alongside dj’s like Hardsoul, Dennis Ferrer, Osunlade any many more. Now he takes his mission to Croatia for the love of house music.

Born & Raised in The Netherlands, Amsterdam the 34 year old Kono Vidovic has dedicated his life to music, from the young years when he started at the age of 16 until now, he traveled trough the world of music, inspired by some of the greatest artist like Carl Cox, Todd Terry, Frankie Knuckles and so he found his way into creating his own style. He knows exactly what people need at the right moment, you can give him a spot on the beginning of an event and he will adjust the music to this and to the other artists or you can line him up as the headliner for a peak performance, experience is they keyword in this matter.
Not only Dj’ing also producing and doing radio and voice-over projects are known to Kono, with his weekly hosted radio show on several radio stations world wide with Deep FM as his base for this he gained a lot of fans worldwide known as a real music connosieur. Now with releases on labels such as, Midnight Funk Records NL, Vendition Records UK, Tiefblau Records (Germany) and worked with artists like Max Lyazgin, Eduardo Rossel, Frenkay fresh & Dillon Leroux and more you can say he is walking on the road to succes.
What many people don’t know about Kono Vidovic is his exclusiveness his taste in music and the musical journey’s he can take people in, with his years of experience he can play almost all styles of music at any occasion, his heart and passion goes in the electronic dance music but as he says by himself:

Music is my therapy. 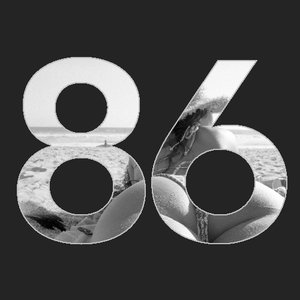