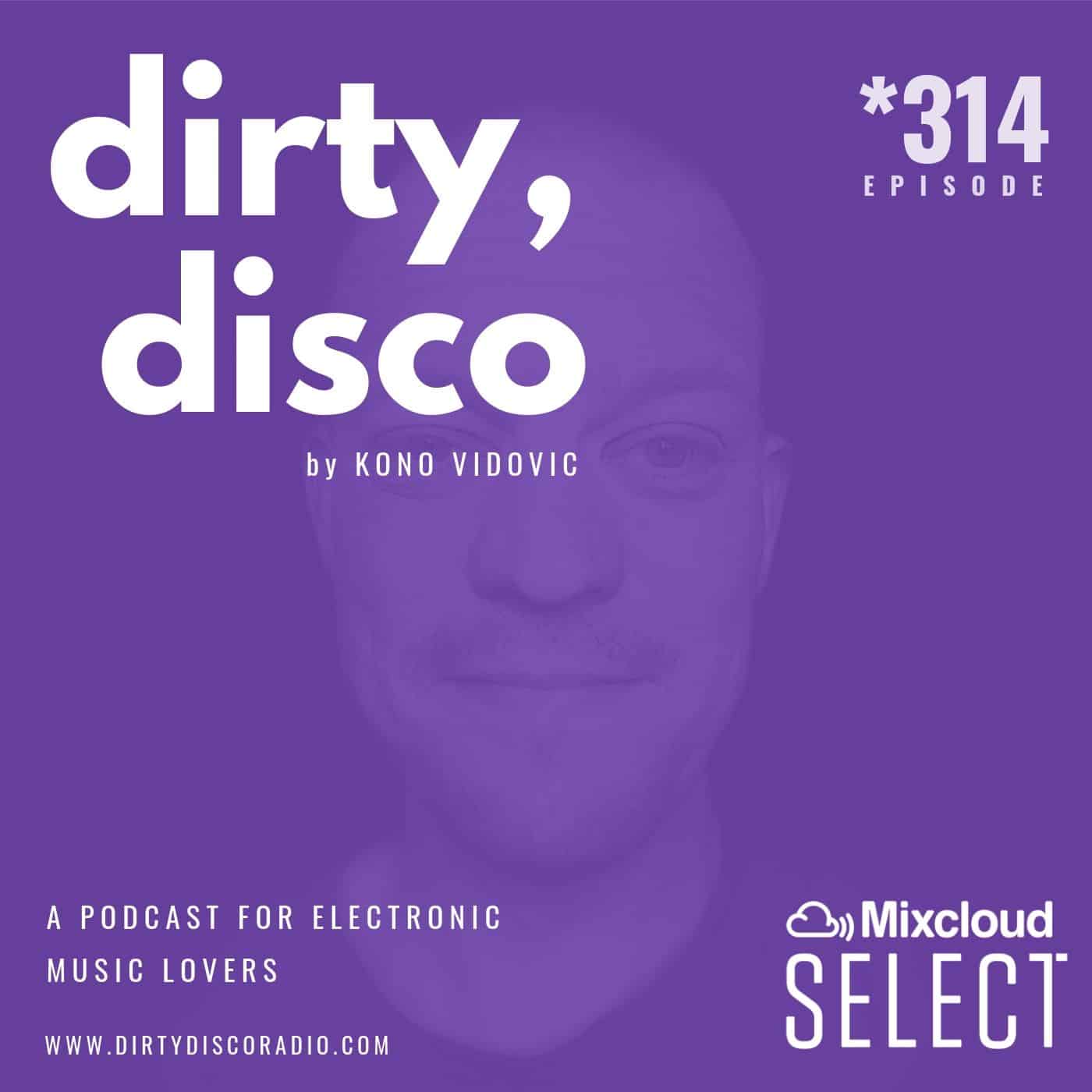 Dirty Disco is building on it’s reach. Among the many podcast apps and platforms such as Mixcloud where we became official ‘Select curator‘, and Apple & Google Podcasts, i can now also proudly say that our Dirty Disco – Electronic Music Podcast is available in Spotify Podcasts.

The podcast section in Spotify is a important part of the music service nowadays. They even added it to your music library and it’s not a separate category anymore. This makes it even easier to listen to your favorite podcast whether it’s a talk, discussion or music podcast. To have Dirty Disco available in Spotify podcasts is a huge milestone as we have increased our reach with this move. There are more users on Spotify than on Apple & Google podcasts. This logically is because of the music listening service that both the other ones not have and are only podcast app with a large variety in podcasts. As soon as Apple and Google podcast integrate the podcasts with their Apple Music and Youtube Music apps, the amount of potentials podcast listeners will also there be huge.

With Dirty Disco available in Spotify podcasts i hope to reach and attract new listeners and give the current Dirty Disco community a new way to listen to the latest episodes. It also gives new opportunities for me as podcast maker to extend the show to the Dirty Disco playlist that gets updated every week with fresh music. So that users can easily add the music they hear in the podcast to their own music playlists. This way we can generate even more exposure for the played and featured artists and music in my Dirty Disco episodes.

When you combine Spotify and Mixcloud we can give the full potentials though both music platforms. As on Spotify you can easily follow the podcast and listen to it. To use the same app for the music you hear and add the tracks played to your own playlist. As on Mixcloud you can become a exclusive member to receive many benefits such as the DjJ/ music only mixes, upfront tracklist, offline listening and special episodes and extra DJ mixes that i upload only for my select subscribers.

Use these links below to make full use of Dirty Disco –  The Electronic Music Podcast in Spotify.

So now that we have our podcast listed and available in Spotify podcast, let’s take a closer look on what music is featured in Dirty Disco episode 314? Even-though last week’s episode contains a lot of electronic summer music. This week we keep that summer vibe going. But instead of the deepness from Monkey Safari, and they laid back chill sound by the Earth Boys. This week the focus lies more on the funky, jazzy and soulful grooves.

Next to the 28 tracks that i curated, selected and mixed for you in Dirty Disco 314. I also added a little bit of extra playtime. The show is a bit longer than usual and among those 28 tracks are releases on labels as: Ninja Tune Records, Heist Recordings, Running Back Germany, Toolroom Records, Because Music, Ravanelli Disco Club, Boogie Café and more. Among these tracks is also a very famous House Classic which is not featured in the community driven House Classics episode i did last year. But is re-released because of it’s 20 years anniversary after it has been released in 1998. Keep reading if you want to find out more about this track that has an absolute importance in how the electronic dance music was shaped the last 2 decennia.

Let’s start with this first new album where i’m featuring and playing two tracks off in this week’s show. In 2018 the Dutch Duo Detroit Swindle released their second studio album High Life on their own Heist Recordings label. Now they felt it was time to serve up a tasty selection of remixes other producers did on their tracks. The album is a royalistic soundboard with sounds from all over the world and different influences such as Boogie, classic Detroit deep-house, dreamy deep-house from the Uk and high energy house beats from Germany. In this weeks selection i play you two tracks from the album. The remix by Jura Soundsystem on the main title tracks ‘High Life’ which is originally performed by Detroit Swindle & Lorenz Rhodes. And the Sterac Electronics Remix on the Detroit Swindle Ft Tom Misch collab in the track ‘Yes, No, Maybe’.

Recently released on Toolroom Records is the all new Poolside Ibiza 2019 album compilation mixed by Opolopo. Find the full extended album review here. While the whole album is a perfect playlist for your summer. Opolopo added 3 brand new tracks to it that are currently only available on the Poolside Ibiza 2019 album. This week i feature 2 of the 3 tracks for you. ‘Groovitational Waves’ and my personal favorite ‘Sickla Side Push Shuffle’ can be heard in my mix this week. If you are looking for music and especially mixed albums or compilations to listen to and have as a companion this summer on your summer holiday. This is the one!

The legend is back with a piece of work. Bonobo delivers his new tracks ‘Linked’ tot the Ninja Tune label and makes your wildest wet dreams come true. This is a beast of an energetic deep-house festival banger that lifts you up and takes you in higher atmospheres. If you are heading out to some festivals this year, you might just fly away on this track produced by Simon Green aka Bonobo who has also designed the artwork for the limited 12” which comes on a 140 grams black vinyl in a black paper inner sleeve, in a 3mm artworked spined outer sleeve and 12” colour labels.

Originally released in 1998 it’s now a real House Classic that was of a great influence for the electronic music scene. Adding the ‘french house sound’ and breathing life into it is just a very humble thing to say. This track is of great worth for the music scene in it’s whole. And when you think about it, can you imagine that this track wasn’t even meant to be released in the first place? Left alone become a huge dance music hit. That’s right! The at that time young producer Alan Braxe needed a piece of music for a special live performance in the famous Rex Club in Paris, France. You called two of his friends, The now very famous Thomas Bangalter, one half of the now incredibly famous electronic dance duo ‘Daft Punk. And for the vocals Benjamin ‘Diamond’ Cohen came in the studio to work this track out. But there is much more to this, i’ll keep this short here but if you want to check the long read on this story click here.

Because of it’s more than 20 years anniversary Because Music France re-released it on a limited one sided etched 12”.

There is so much more to talk about. These are just a few of the music releases that i want to feature. Want to know more about the played music. Feel free to connect with me though my email (navigate to the contact page in the top menu). Or use the full playlist here below to see what’s going on in this week’s podcast episode. 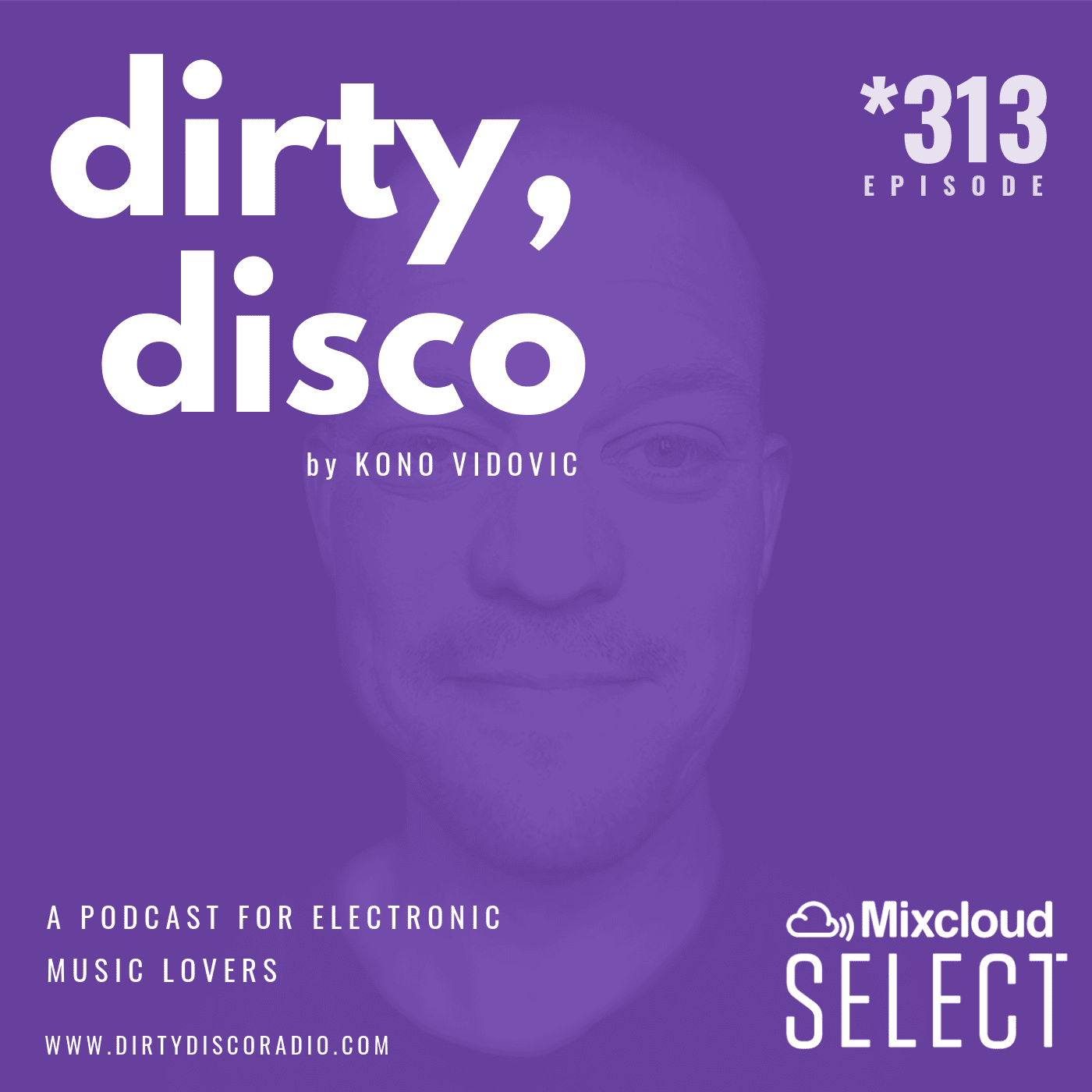 This week it’s hot here in Europe. The ventilators are still running on full capacity in the Dirty Disco studio. The weather is not the only thing that brings you […]