What is there to expect in this new podcast episode? Like always expect me to play you the latest in electronic dance music. 98% – 100% of what i play is new and recently released. Mostly i play House and all it’s sub genres, but i don’t cut out a genre. There are no restriction, as long as it fits within the Dirty Disco Radio harmony of the current episode. This time you can tell that the sun is shining here and that it just gave me a small boost of vitamin D. Therefor i played you some summer vibes along with the usual disco and deep house music.

To exactly know which tracks are being played, you better carefully listen. And you can ask the track-list right here below for some advice. We are starting of with 2 tracks from the new album by Moonin on the Wolf music label, called ‘Tomorrow’s Yesterday. Lined up by Ross From Friends with an deep electronica track. Right after that one comes a new track by Danvers from his new EP Interludes on the Wotnot music label. As we go further into the show you can listen to music dropped by me in the mix from: Tell, Khillaudio, Harrison BDP, Liam Geddes and much more…

I have mentioned it a couple of times. But if you want i can get you a DJ only mix from every single episode including the latest. A DJ only mix, means ‘Only the DJ mix’ 😉 Without me talking to it. Why would you want this? Well i can imagine that you love my mixes, but sometimes i tend to talk over the mixes. Maybe you want the music for your party. A 2 hour DJ mix would be perfect for a party, but not when somebody talks on it all the time. So therefor i can give you the DJ only mix, so you can turn up the music and enjoy the music only.

If you want this? Just let me know through me e-mail or through Facebook messenger and I’ll hook you up with a download link.

Tune in and celebrate my 38th birthday with me. Wanna vote for me in the Mixcloud Online Radio Awards, just click here and read all about it, and how it […] 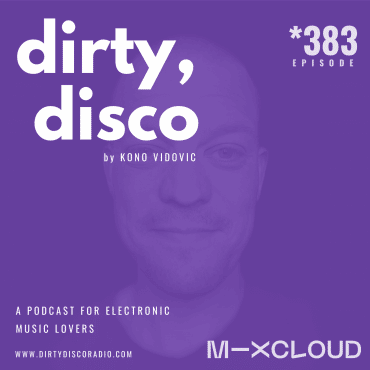 The Vision of Small Moments in Lockdown Paradise | Dirty Disco 383