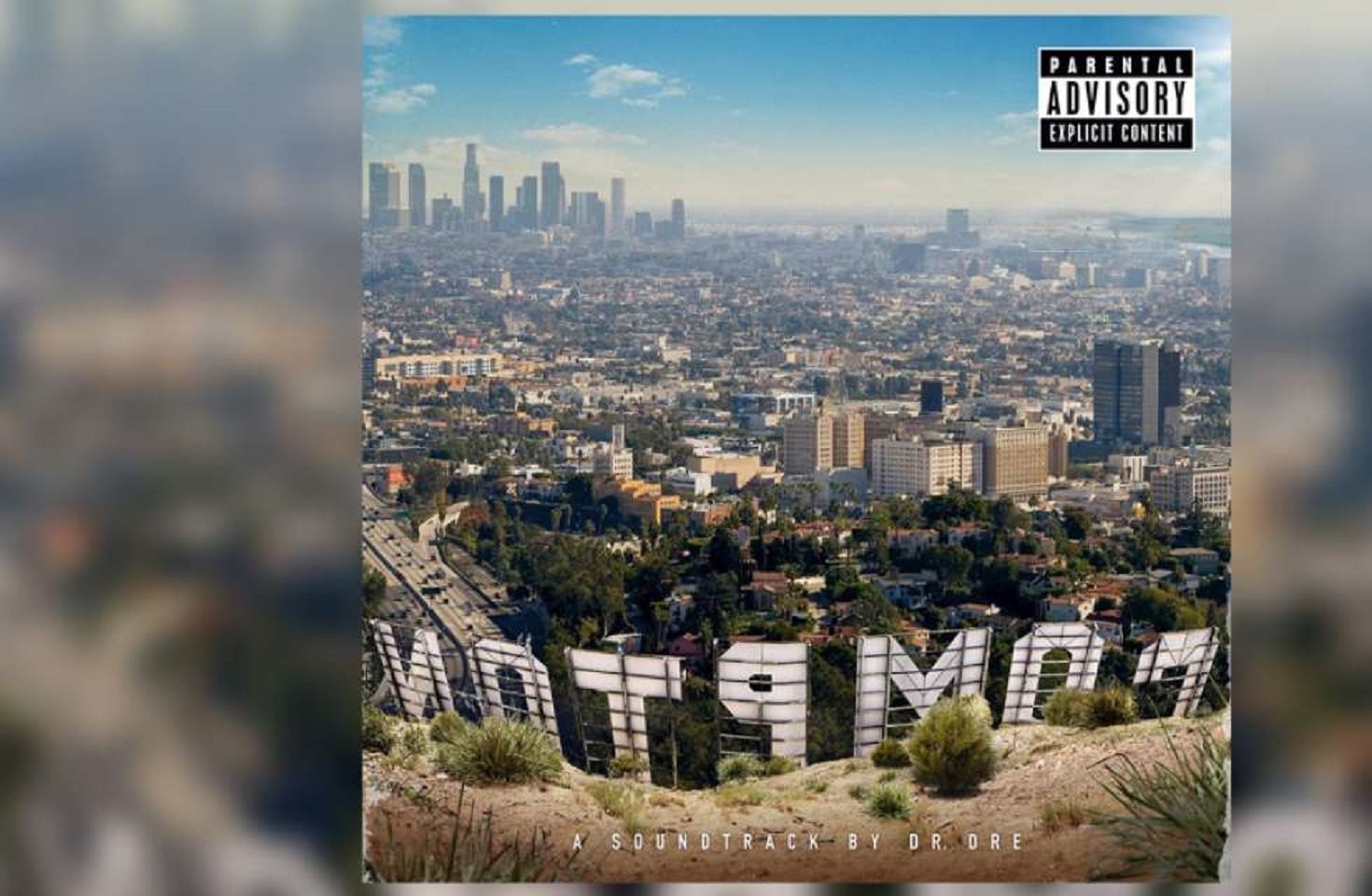 The Dr Will See You Now….

Finally, the “Good Dr” has blessed us with a new album. I’ve been really excited about this since it was announced around 10 days ago and was even up at 6am to get it downloaded before I had to leave the house. It wasn’t a surprise that it was an Apple music exclusive knowing Beats’ are now owned by Apple, but it was a very pleasant surprise that Dre will donate his royalties to being put to good use in the city of Compton.

Dre made the best move he could by scrapping Detox and moving on to Compton. Detox was doomed to be the next “Chinese Democracy” and would never have lived up to people’s expectations just due to the wait. And as always with Dre, he was honest about it, he wasn’t feeling it, and he wouldn’t do that to his fans.

Compton is a pretty good name for an album of a man who is intrinsically linked with his home city.

From the beginning, even the intro to this album is dedicated to Compton. Starting as a somewhat dream advert for the American dream and then moving into introducing the idea of crime and gang culture that leads to the statement “…make some blacks want to leave…” in a seemingly big middle finger to Dre’s detractors and a sign that even though it’s been 16 years, Dre still hasn’t left and is still deep routed in Compton regardless being hip hop’s first apparent billionaire and not actually living there anymore. You can take the man out of Compton, but not Compton out of the man.

Overall this album (and no doubt the making of the NWA film – Straight Outta Compton) seems to soothed some of Dre’s demons. For the first time since the Death Row days, does Dre directly name Suge Knight, talk more openly about Eazy E (which started on “The Message” on 2001) but he seems more at peace with his relationship with his lost friend and happy reminisce on the past as well.  Compton has been his high and his low, with rising to fame in NWA and the public backlash to them, being painted as very much the gangster when making music with Death Row and the fallout that happened when he finally had enough and left, The creation of his new Aftermath label and finding Eminem, 50 Cent and a number of other massively successful artists but the beefs that came in the industry with those artists, losing his son in 2008 to an overdose at the age of just 20 (which can’t have been easy for a man whose first solo album was named after a street reference to very strong Marijuana) , starting Beats and his deal with apple, and the arrest of Suge Knight for murder upon leaving the set for Straight Outta Compton (he wasn’t granted access to the set).  Dre has taken everything that Compton had to throw at him and carried on working to prove he’s not a man to be underestimated.

This comes to be shown on one of the stand out tracks. “It’s all On Me” shows Dre discussing the pressure he felt between dealing with family issues, the industry trying to get a further album from him and attempting to get his friends away from the dangerous streets. He also uses this track to go through his past for anyone that doesn’t know his history. I think the thing that stands out for me, and a few of my friends have said this as well when discussing the album is this track would have been perfect for the late great Nate Dogg.

If you are listening for the west coast G-Funk style that Dre created on the original Chronic album, you won’t find it here. But don’t be disappointed by that. It’s clear that Dre has been listening to the streets. This album is the modern west coast sound and sounds in key with some of the offerings from other L.A. artists like Kendrick Lamar, Y.G. and the Game. It has Dre’s signature hard drums as we have come to expect but has a mixture of soulful sounds and harder tracks. Dre’s voice sounds a little more gravelly compared to his earlier work, but let’s not forget, he’s now a 50 year old man.

There are some great Easter eggs on this album. On “Darkside/Gone” behind the main parts of the verses, the beat switches and we hear Dre’s signature piano beat that we have come to know from tracks he produced like “Oh!” for Obie Trice, “Rich Girl” for Gwen Stefani and Eve and “Crack a Bottle” for Eminem.

The guests on the album, much like Dre are mostly west coast royalty. Kendrick Lamar, Ice Cube, The Game, Snoop Dogg, Xzibit and Cold 187Um (From Above The Law) as well as other big names such as Jill Scott and Eminem. All are clearly bringing their “A” game to appear on such a big album as one being put out by Dre.

The Game gets nearly his own track on “Just Another Day” which is quite some feat for a man who was previously dropped by Aftermath after his famous beef with 50 Cent, but much to his credit he never gave up on his idol as referenced in his track “Dope Boys” from the album LAX where he boldly states “..and tell Dr Dre to pick up the phone, before I climb through his window like n**** I’m home….” A bold move that later saw Game re-signed by Aftermath and 50 Cent sever links with them.

Other standout tracks are “For The Love Of Money” which samples Bone Thugs N Harmony and Eazy E’s track of the same name, “Animals” which is co-produced by DJ Premier and we hear his signature turntable style at the end of the track which is still as fresh as it was when we first heard it in the early 90’s and “Talking To My Diary” which is again another very frank track from Dre airing out his past and putting it to rest.

Anyone that listens to an album will form their favourite tracks and there is no difference with this album, however, for me this album is missing clear singles. 2001’s “Still Dre” and “The Next Episode” and The Chronic’s “Nuthin’ But A G Thang” and “Let Me Ride” were definite crossover tracks that sounded straight away like they were singles. I am struggling to find the singles on this album but maybe Dre already knows due to his business acumen that streaming has become very much the future and singles aren’t needed quite as much as before as people will formulate their favourites and purely stream them at their own leisure.

This is a great album, and I recommend it to anyone who is a fan of good music, regardless if you are as much of a Dre fan as I am or not. It’s not only a great album, but also an event due to the frequency of albums that are actually released by Dre. If this album doesn’t chart in both the UK and the US at number 1, I’ll be very surprised. I’d also expect it will go platinum very quickly. Surely it’s even deserving of The Source’s coveted 5 Mics as well.

I completely agree with what Rolling Stone said about this album…. “It’s no Detox, it’s something realer and better.”

Spend your next week listening to this album and then next weekend, get yourself down to your local cinema and check out where it all started with “Straight Outta Compton”

As always at Dirty Disco radio, we love to hear your opinions so please leave your comments below… 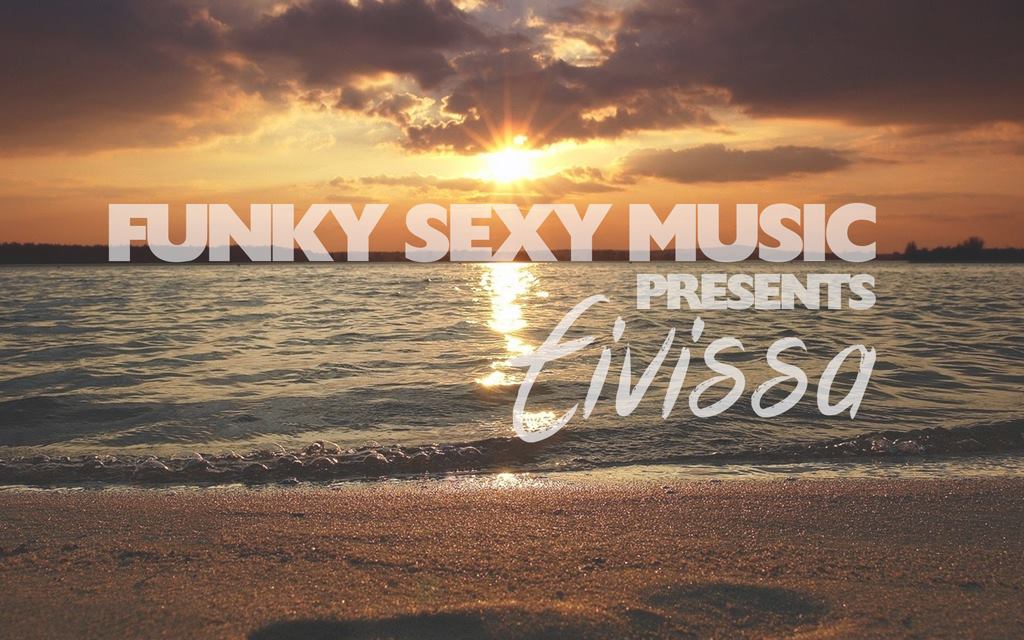 Eivissa It’s that time of the year. The sun is out (we’ve been having a lovely mini heatwave in England this last couple of weeks or so) and at this […]