Energy 52’s ‘Café Del Mar’ Gets a New Series of Vinyl Remasters and Remixes for Its 30th Anniversary.

It’s hard to believe that Energy 52’s iconic ‘Café Del Mar’ has been around for 30 years! To celebrate, the classic trance anthem is getting a new series of vinyl remasters and remixes. The first release in the series will be a vinyl-only reissue of the original track, freshly remastered, paired with the popular ‘Three N One’ remix. Stay tuned for more details on future entries in the anniversary series!

The trance anthem was originally released in the early 90’s and defined an entire era of dance music. Its legacy continues today, with new generations of fans falling in love with the timeless melody. There’s no doubt that “Café Del Mar” will continue to be reimagined and celebrated for years to come.

The track was named after the famous Ibiza chillout bar, and it’s easy to see why. The song evokes the feeling of sitting back, relaxing, and enjoying the good life. Whether you’re on the beach or in the club, this classic tune is sure to put a smile on your face.

Often remixed through the years.

This  is not the first time the dance classic by Paul M, AKA DJ Kid Paul, has been remixed or celebrated with a special birthday edition. Back in 2017, Superstition Records released a best-of album compilation with 22 ‘Café Del Mar’ remixes. In 2018, Tale Of Us were asked to do a 25th anniversary remix, and Paul van Dyk released his own version of the classic just last year.

The track was originally released in 1993 and quickly became an anthem for the burgeoning trance music scene of the late 90’s. Its ethereal melodies and dreamy vocals have continued to captivate listeners for more than two decades, making it one of the most iconic dance tracks of all time. As we celebrate the track’s 30th anniversary, there’s no doubt that its legacy will continue to inspire new generations of dance music fans for many years to come. Order your copy here.

Also make sure to check out this other awesome 90’s dance classic that celebrates its 30th anniversary with a remastered vinyl limited edition. 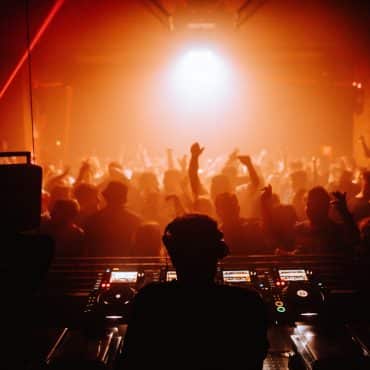 This October, London’s fabric celebrates its 23rd birthday and debuts its first amapiano-focused event. Across a huge three-day marathon, the iconic club will host 30 hours of music with South […]