Introduction to our Essential Mixes.

Welcome to our essential mix section. This page is intended to introduce our essential mixes to you and to learn about them. How they work, what they are for and where you can find them. Basically the essential mixes are intended to help you find new, rare and or forthcoming music that we as music curators with our broad musical knowledge select as essential music for in our mix. These essential tracks are mixed into a so called essential mix to not only provide you with inspiration for new music. But at the same time give you an extended listening pleasure by selecting, arranging the music in a high quality DJ mix session with flawless and seamless transitions.

Carefully must have / listen to music.

Even though our music selection process is independent we have connections with leading record labels and music companies in the electronic music industry. These record companies send us there forthcoming and latest music releases to be included in our essential mix. If the music passes our strict curation terms and conditions we include them in our selection process.

Depending on the overall style, main genre and vibe of the essential mix we include these forthcoming releases. Next to new music we also include rare music gems and sometimes hard to find records that we stumble up on and included them in the selection. The main focus here is to inspire you with high quality music from well and lesser known artists around the world that create music with passion. This way we are able to introduce must have and listen to music to you.

We aim to give you the best quality in music out there. Not only by using a strict music selection policy, but also by maintaining a high quality standard in the mixing procedure. After our pre-selection is done and we know which tracks to include in our next mix the final mix selection before we actually mix (glue) everything together starts.

Here we look at the starting point, which track will be first, second, third and so on. By laying tracks together we can find music harmonies and styles that perfectly fit together. In this process we look at the harmonies between tracks, the energy, mood, tempo (BPM), and styles to create the overall layout before the actual mixing is done. We also determine how the tracks should be mixed together which effects should be used and which emotions we want to create with this. From here our experienced DJ starts recording the essential mix in the highest quality.

Essential mixes can be in various electronic music styles. In our weekly music podcast we always include our weekly picks which are basically our must have must listen to essential tracks. Even though we run another dedicated essential mix series, our weekly podcast is a good starting point to get updates on new music and get inspired with new tracks, artists and music labels around the globe.

The two biggest differences between our weekly podcast selections and essential mix series is that the podcast is hosted, where we guide and talk you through the music and give you a lot of information. And multiple genres are mixed together in a 2 hour mix session. The essential mix in the mix series is not hosted and every mix contains only music from a specific electronic music sub-genre. These genres can range from: Electronica, House Music, Deep House, Nu Disco, Italo, Broken Beats, Lo-Fi House, Jazzy, Soulful, Chill, Laidback and relaxed beats to the more uptempo footwork and breakbeat genres.

So for who are our essential mixes exactly? In fact everybody can listen to our essential mix in our series and weekly podcast selection. Everybody that loves electronic music and wants to step away from the over marketed popular mainstream music. People who love real ‘underground’ music which is made with lots of passion and love and not so much for the money and fame. While music lovers and people that are looking to find rare gems, real house music and electronica pearls are a big part of our listeners base.

We do also inspire DJ’s and music professionals that are already highly active in the music scene. People from all categories within the music industry listen to our weekly music selection. Some to get inspired with new music for their DJ sets. Some to find new picks for their playlists, others for their music channels like YouTube and or their radio stations. While others are looking for mixes to play at their businesses to create moods, and or to reach their target audience.

The history of essential mixes.

In fact essential mixes are from all ages and nobody can own the term ‘essential mix’. Ever since DJ mixing was invented by Jimmy Saville in 1947 (according to Wikipedia) a whole new are playing tunes on both radio and parties was created. From here all sorts of DJ’s in different styles and genres came up. When we look at where the DJ scene is today you can say really a lot has changed in how we play and listen to music. Even though the concept Djing was born in 1947 the term ‘essential mix’ didn’t exist then yet. But an DJ mix could easily be seen as an essential mix when we look back it it and you take our description of an essential mix in mind. Bringing good music to people (must listen to tracks) in easy to listen to DJ mixes brought to you by these experienced in music selecting people (the DJ’s). It was only decades later that the term ‘essential mix’ became something real and popular among electronic music fans around the world.

Since 1993 BBC Radio 1 broadcasts The Essential Mix, which is a 2 hour studio pre-recorded radio show invented and produced by Eddie Gordon from the UK, who is a music journalist, producer, DJ and personality in the music business. The Essential Mix features all kinds of electronic music styles in a weekly dance mix show hosted by Pete Tong. The idea was to let the invited DJs create their essential mix based up on their musical knowledge that included not necessary strict 4 to the floor house music dance tracks, but also different styles of music for a variety in music and to let the DJ’s for a change select something else than their normal mix selections.

Within this concept many famous DJ’s passed the revue and got invited to do The Essential Mix on BBC Radio 1. This resulted in some of the most creative mixes that instantly became original mix classics in the world of Djing and electronic music. The idea of letting House / Dance music DJs playing all the music that they love instead of only house music resulted in all kinds of mixes in different genres. Examples in this are Paul Oakenfold that did an Goa Mix in 1994 that became an award winning mix selection. In 1997 DJ David Holmes did the Essential mix where he played music in from Nancy Wilson to Jimi Hendrix which reached many people that kept talking about the mix he did. in 1998 House Music producer and DJ Ashley Beedle stepped away from his daily work in House Music and created an exclusive two hour Reggae DJ mix that showed off his knowledge about the genre and got blogged as one of the best Reggae mixes ever.

More recent works within The Essential Mix are the mixes from Cassius, Joris Voorn, Gaslamp Killer, The Chemical Brothers, the Twelves, The Avalanches, The Black Madonna to just name a few. As you see many great and big DJ names got invited to do the essential mix on BBC Radio 1. Many of these mixes become very popular. The Essential Mix Source: Wikipedia.

The Essential Mix on BBC Radio 1 might be the conceptual idea and production of Eddie Gordon. But the voice and face of the show is UK DJ Pete Tong who has been presenting the show from the very beginning until now. With Pete Tong as the host of the show you can say that he lifted the popularity of the weekly essential mix to insane high levels around the globe. Pete Tong has an very impressive CV and work experience within the music industry. Without writing down his full biography here on this page Pete Tong is now because of his knowledge and experience seen as the global ambassador for electronic music. Many artists and producers see their music being played by Pete Tong in his selections as an great achievement which on its own is again seen as something very important to market your music and receive credits as a sort of quality mark.

Pete Tong is mostly famous as a host of the Essential Mix and his ‘Essential Selection which he started doing in 1991 two years before The Essential Mix he also hosts. His appearance in the movie It’s All Gone Pete Tong in 2004 also laid the wind on him and his career. Next to being a famous radio host and presenter Pete Tong is also a producer of many tracks, he compiled lots of album compilations and between 2003 to 2007 was the resident DJ in Pacha, one of the most famous clubs on Ibiza. Later he conducted multiple events in several locations which one of the most recent being a Pool Party during the Miami Music Week where he always invites a bunch of great names and DJ friends. Read the full biography of Pete Tong here on Wikipedia.

You can say that Pete Tong is the spiritual leader of the essential mix and made it an well known and popular term within the music industry. Monthly many people listen to essential mixes from DJ around the globe. And all kinds of DJ’s, radio stations, hosts and other music professionals from the scene create their own version in essential mixes and expose them through modern and digital media.

Here below you can find the latest installments of our weekly music podcast / radio show that we carefully create and record. As explained on the top of this page, every week we include new, rare and forthcoming music from the electronic music scene. Along with artist and label information and the latest news from the music industry we intend to give you only the finest in electronic music as an independent music blog and podcast. Feel free to tune in, listen to the shows get inspired with music. Also feel free to share our efforts with your friends, let us know what you think and contact us for any suggestion, collaboration or partnership. 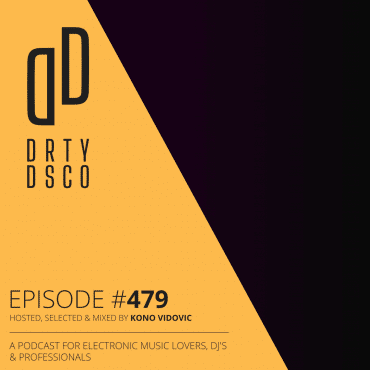