There seems to be a bit of a revolution starting around Filter House. You may not know it as Filter House, you may know it as French House, French Disco/Disko and some people even call it Funky House. Essentailly, the style I am referring to is the one made popular by Daft Punk and Cassius in their early work. You know what I mean now right?

We have always linked this with the French. Daft Punk, Cassius, Modjo all came from France and championed the sound. But now we have some new offerings from Julio Bashmore and L’Tric and the crazy thing is they aren’t even French!

When did you realise that I loved Julio Bashmore? It happened late for me, I missed his very early stuff so it happened when I first heard Au Seve. It was amazing, it had the rawness of the original garage vibe that I had loved in the very early days (96/97). I was quite surprised to find a record like that in the heady age of 2013! It was great. It seemed everyone was embracing it. House DJ’s, Garage DJ’s, I heard it played by a soundsystem at the Caribbean Carnival, Boy Better Know did a freestyle over it at the Red Bull Soundclash at Wembley. It was everywhere. The thing I knew at the time was that there wasn’t much information out there about Julio Bashmore.  Where had he come from?

I rinsed Au Seve for ages after it came out and I’ll still play it now but then along came Peppermint. That’s when I really started paying attention. Another release and another great record with a fresh feel but a great nod to the old school. Then came his remix of Classixx’ Into the Valley. Massive.

By this time his name was everywhere and he was becoming very well known, although seemingly there wasn’t a great deal more information at hand. We now knew his name was Matt Walker and he was from Bristol. A place more synonymous with Dub and Drum N Bass than classic feeling Paradise Garage influenced house music.

Then his remix of Disclosure’s Holding On. If I’m honest, I didn’t like it as much as the original but it was still good. This hindered me a little bit as for a while, I ignored his first single from Knockin’ Boots as it has the same name and I just assumed it was a badly labelled up version of the remix.

I was such a fool for those few days….

When I accidentally clicked on “Holding On” and heard it was a different song, I kind of froze. Another amazing track? This one didn’t feel Paradise Garage to me though. It felt Cassius. It felt Daft Punk’s Homework. It felt French Disco. I became more excited and started hammering that as well.

I had a wonderful morning a few weeks ago, where I was staying in a hotel, I woke up and threw on Radio 1 and lay in bed dozing. Nick Grimshaw was broadcasting from Ibiza (the Ibiza broadcast was the only reason I kept it on) but in that in-between sleep and awake, there it was again. Holding On. Such a great tune.

When I got home that day I began to search around for information on Julio Bashmore and found an album release date. I was excited to say the least. At that point it went a little sideway as the excitement of expecting Dr. Dre’s Compton album overtook and I almost forgot about Knockin’ Boots. As that excitement settled a bit, I remembered Bashmore’s album and set about having a listen to it.

It is an excellent album and well worth a listen, it has a rich and varied sound and clearly draws influence from the days of house we see as classic and then borrows and updates to make what will become a new version of classic for this era.

‘Holding On’ offers a beautiful vocal and is so catchy it won’t leave you for days. ‘She Ain’t’ sounds like a track taken from the recording session for Daft Punk’s Homework with its raw edge digital drums and sweeping sample, ‘Rhythm of Auld’ sounds like a late 70’s disco classic got thrown in a bag and shaken up with Derrick May’s production skills around the early 90’s whilst ‘For Your Love’ sounds a bit of a head nod to Disclosure but in keeping with Bashmore’s Style.

This is a bold statement but I do believe that Julio Bashmore’s Knockin’ Boots could be to this generation what Daft Punk’s Homework was to mine.

You can see his clear influences are the older school house and US garage and Filter House (in the styles of Daft Punk, Cassius and the original Rolue releases) and to be completely fair to him, he has never denied, in fact he has been very open about the fact that this sound influenced him.

I’ve been happily listening to Knockin’ Boots for a few weeks and then I stumble across another group.

According to their official website, L’Tric is Ivan Gough and Andy Jaimes. They are both Melbourne natives who both have a number of years’ experience Djing and decided to work together one afternoon in L.A. to produce a track. And one hell of a track it is.

Their new track is called “This Feeling” and it’s a great record. It’s not a traditional filter house record but reminds me a lot of Two Months Off by Underworld. I love both the original and the Purple Disco Machine remixes and I’m looking forward to playing both versions regularly as we see out 2015.

Having listened to the new release, I eagerly made the move over to their soundcloud page to see if there was additional material. There was no additional material which was a disappointment and I also got a little disheartened that there was a clip of Pete Tong playing this as far back as January 2015! I felt pretty late, but I feel a little better to know that it was only released mid October in the UK and I suspect there are still a lot of people that haven’t heard this yet, hence me covering it.

These mixes hold an absolute plethora of great records from house music history and they are definitely worth checking out.

Mark my words, keep an eye on these boys as they have the potential to be massive!

I’ve been very excited by these guys because it marks the end of people seemingly trying to make that generic deep sound that has plagued this year and made so much of the music sound very similar. It’s always great to keep the sound moving forward and not to let the charts and the scene dictate the sound being made and keep it stagnant. And in my opinion, that is where we have been for a while this year, a lot of music is very similar. The newspaper The Guardian even released an article asking why this was the case earlier this month!

So as a breath of fresh air through music at the moment, bravo boys well done for bringing something new in to push the boundaries, and long may it continue!

As always at Dirty Disco radio, we love to hear your opinions so please leave your comments below… 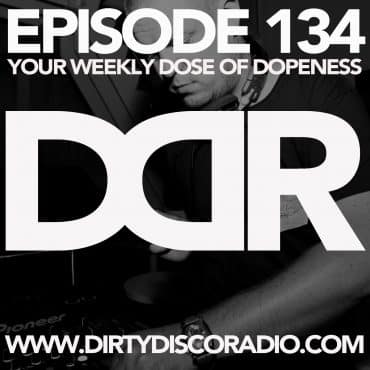