FISHER is organizing his own festival in Europe in 2023! The festival, Triip, will take place at the beginning of June and we don’t know yet where it will be. However, 356 Entertainment Ltd (the company that will produce the festival) is based in Malta. We can imagine that the event of the Tech House behemoth will be there. No announcement either on the line-up but we could perhaps see some of his friends (Chris Lake, for example) or names signed on Catch & Release, his label: Shermanology, Martin Ikin, Andrea Oliva… To be continued!

FISHER will organize a festival named ‘Triip’ in Europe in 2023

A few years ago, it was fashionable for an artist to create his own label. Today, would it be fashionable for an artist… to create his/her own festival? A few weeks after Vintage Culture announced its new festival in Brazil, it’s FISHER’s turn to announce his own. Indeed, he published via his social networks the poster of Triip on which it is explicitly written that he was at the origin.

The festival will be the perfect opportunity for FISHER to showcase his music and his label’s artists to a larger crowd. We can’t wait to see what he has in store for us! Stay tuned for more information about Triip as more details are revealed. Let’s get ready for an unforgettable summer of music in 2023!

FISHER’s Triip festival is set to be a groundbreaking and memorable event that celebrates the best of dance music. With its European setting and line-up of top DJs, it will be an unforgettable experience for all those in attendance. We can’t wait to see what FISHER has planned for his first venture into festival curation!

Let’s all get ready for FISHER’s Triip festival in 2023. A unique and unforgettable event celebrating the best of dance music! Stay tuned for more information as it is released! 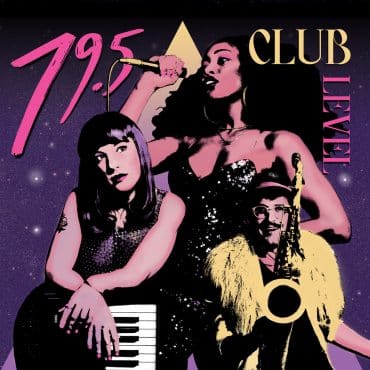 There’s a new band in town, and they go by the name of 79.5. This Brooklyn based group has just released their debut single, Club Level on Razor ‘N Tape […]