The “Palaces” Remixes: Flume’s Newest Album Gets the Royal Treatment. Electronic music superstar Flume has recently released his new album Palaces here, and it’s already receiving the royal treatment. Remixes of some of the tracks on the album have been done by some of the biggest names in electronic music from the UK.

On the first part there are 4 remixes. The first remix is by Mount Kimbie, who transforms the lead track, “Palaces,” into a sticky, groove-filled number. Next is Prospa with her rave workout of “Highest Building.” Logic1000 follows with a euphoric version of “Hollow” and Otik rounds out the EP with his skittish breaks touch-up of “Go.” If you’re a fan of electronic music, you won’t want to miss these remixes!

The first part of this album is absolutely stunning. The remixed songs are all unique, creative and really complement Flumes’ experimental sounds well! I can’t wait to hear what he does in Part 2.

Flume is one of Australia’s Finest.

Flume is one of Australia’s most exciting and innovative producers. His music has been praised by the likes of Pitchfork, Rolling Stone and The Guardian. Prior to his Palaces LP he has released two other studio albums, Flume and Skin, which have both topped the ARIA charts. He has also won two Grammy Awards for his work on Skin.

If you haven’t already, I highly recommend checking out Flume’s Palaces album. It’s a great listen from start to finish, and the remixes are definitely worth a listen as well!

What do you think of Flume’s Palaces Remixes? Let us know in the comments below! 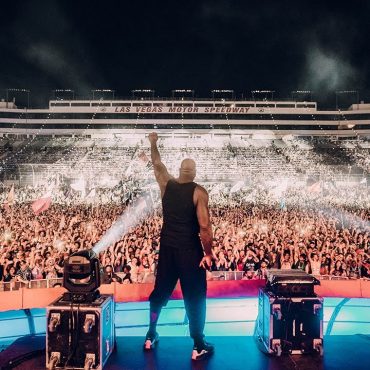 Next month, Marquee at The Star will be hosting DJ Diesel, also known as Shaquille O’Neal. The 7’1″ giant is a hall-of-fame basketball superstar who has turned his attention to […]