A new dawn has dawned for Gorillaz. Murdoc, Noodle, Russel and 2-D are back with their new single Cracker Island. Gorillaz teamed up with bass virtuoso and two-time Grammy winner Thundercat for this one. That bass resonates quite a bit on Cracker Island. That bass is complemented by distinctive synths and Damon Albarn’s always somewhat absent voice.

Who are the Gorillaz?

The Gorillaz are a British virtual band created in 1998 by musician Damon Albarn and artist Jamie Hewlett. The band consists of four animated members: 2-D (lead vocals, keyboards), Murdoc Niccals (bass guitar), Noodle (guitar, keyboard, and backing vocals) and Russel Hobbs (drums and percussion). These members are completely animated and are not alter egos of real people. The music of the Gorillaz is a collaboration between various musicians; Albarn being the only permanent musical contributor.

The band’s 2001 debut album Gorillaz sold over seven million copies and earned them an entry into the Guinness Book of World Records.

Thundercat is the stage name of American musician and producer Stephen Lee Bruner. Bruner is a bassist, keyboardist and singer, who has collaborated with numerous other artists such as Kendrick Lamar, Flying Lotus, Michael McDonald and Suicidal Tendencies. He won two Grammy Awards for his work on Kendrick Lamar’s album To Pimp A Butterfly. 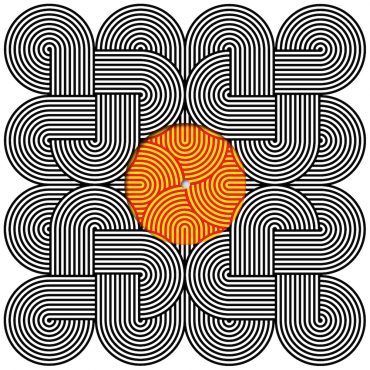 JKriv brings together a cast of featured hometown Brooklyn talent on his Something Else EP to deliver dynamic songwriting with club-ready vibes. His A1 track, “The Title Track,” features an […]