Got To Give It Up – The World Of Sampling 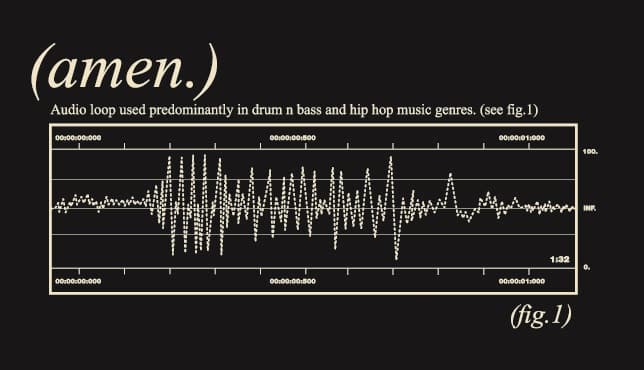 So I’m hoping I’ve given it long enough for everyone not to just switch off when I mention Marvin Gaye Vs Robin Thicke and Pharrell.

We got so bored of it right? I know I certainly did! It seemed there was only one sensible outcome, although it seems common sense wasn’t the deciding factor in the verdict!

“To tell you the truth, the money and all that isn’t that so important to me, as it should not be so important to to the average singer, I think what a singer should want is, I would definitely say immortality, I think that if you are really a singer and a singer that loves to sing from your heart, that the most important thing to you would be immortality and when you leave, to have people remember you for years and centuries to come…”

You know who said that? Marvin Gaye. Maybe his family didn’t get the memo there.

I’m not going to go on and on about the case, I’ll just say that in my opinion, I thought Blurred Lines was different enough to be an homage to Got To Give It up, a great reference back to when music was that good, and felt so fresh, and maybe an insight for a generation who may not have heard such great music due to their age and may really enjoy it. And Blurred Lines wasn’t even a sample! It was just similar. That is also the reason that Uptown Funk was so popular. Funk music isn’t new. It must be in places around 50 years old. But there is a generation of people who haven’t heard it who will still enjoy it, maybe they’ll start at Bruno Mars and end up back at James Brown. This is the beauty of music! At the time of writing this, I have just seen that The Guardian is now reporting that Mark Ronson has added the members of The Gap Band to the list of song writers on “Uptown Funk” seemingly to guard himself from any further lawsuits for another record which is considered similar.

Generally, if we talk in none artist specific terms, I’m all for sampling. I love music and it’s great to hear it made into new ideas, re-envisioned if you want to call it that. Some of my favourite tracks have samples of old records on them. Some of the biggest records ever have samples on them. Especially in the House and Urban scenes (RnB, Hip-Hop, Reggae).

Hands up at the back if you knew that Frankie Knuckles massive track “Your Love” was actually a cover version of the Jamie Principle record some 12 months earlier? Did we stop there? No, we bootlegged it out and then in 1991, we get the got the release of The Source featuring Candi Staton’s “You Got The Love” which pretty much sampled the entire intro section from the Frankie Knuckles Record. And so it moves on, every time giving the community great records to enjoy.

I do feel it a shame if you don’t go back and check the artist out and understand them, listen to the original track and some of the artists original material. If you miss that opportunity, you aren’t really there to appreciate the artist and their work. In my opinion that’s a little disrespectful.

I also feel it’s a shame if you notice as a listener that a track is sampled, that you may not go back and check it out. I’ve found some great records listening to ones that were sampled, I didn’t like every one of them, but some have been great.

The thing with music is, we have to give back to our community to keep it moving as a scene, not just steal from it. To blatantly rip samples from tracks just to further your own financial gain, that’s not giving back to your scene. To sample records to enhance your scene and bring more to it, then that is creative genius. A lot of people won’t agree with me here, but up until his album Graduation (in my opinion) that’s exactly what Kanye West did as a producer. He went through the soul scene, and used thousands of samples to produce songs for both himself and other artists. He did enhance the Hip-Hop scene doing though, whether you like who his is now as a person, or his current music (I don’t really care for either) but you have to give him credit for what he did.

In house, or certainly “Dance” music, the most sampled record (that I am aware of) is “Amen, Brother” by The Winstons. It’s very simply a 7 second drum loop from a track recorded in 1969 that became so popular to sample, it became known as the “Amen Break.” This is also partially due to the fact the sample was taken and put on a samples pack and called the Amen Break but if you ask any producer certainly in electronic music, they’ll know what you are talking about. Unfortunately for Gregory Cylvester Coleman (the original drummer on the track) he was never aware of the fact the sample was being used so prolifically overseas and pretty much birthed the entire Breakbeat Hardcore and Jungle scenes in the UK. Tragically for him, he passed away without ever knowing his legacy and not a single penny was paid in royalties. He was homeless and broke when he died in 1996. Very recently though there has been a voluntary giving site that has been set up for his family and the last I heard, people had donated over £20,000 to his family. This is the power of a sample and the respect attached to it.

There is a great documentary on the Amen Break by BBC Radio 1Xtra DJ Crissy Criss available to listen to below.

Probably my favourite use of the Amen Break (and this has been really hard to narrow down) is “In Complete Darkness” By The Fat Controller as it is one of the first breakbeat hardcore songs I heard as a very young man and was responsible for drawing me into the House music scene and a drive to want to DJ.

House music came about from the transitional movement from soul, funk and disco together with the new additional technology that came along at the time. It was born from a mixture of opportunity and having a love for music, and more importantly, how good music can make you feel.

As I mentioned in my recent Q&A for Dirty Disco Radio, I’m for sampling, and it’s a real shame when artists refuse to grant licence for other artists to sample their material. Sometimes on the other hand, it is a real shame when an artist grants permission and it ruins a great original track. Respect for the original artists work has to be paramount when sampling, particularly if you want to retain integrity and give back to the scene.

Not many people know, but when it comes to the Grammy’s it was only in 2014 the rules were changed to say that a song with a sample or interpolation could now be included in the nomination for song of the year. Prior to this, only best rap song was allowed to contain a sample, so therefore Jay-Z’s “Empire State of Mind” which samples “Love On a Two-Way Street” by The Moments (which won best Rap song) would now be eligible for song of the year as well.

Regardless of opinion, I’m sure sampling will always raise debate both sides of the fence on its use. It has also created a sub-culture of sample spotters and websites such as Whosampled.com where users can track down their samples and check out the original track (usually via a YouTube interface) and enjoy both versions.

There is an inherent nobility to sampling someone else’s music, and using it to create further brilliant timeless records that people will enjoy for years to come, and when done well is almost an art form, but a message to all producers when collecting samples… with great power, comes great responsibility!

As I regularly like to do, I’ve included some of my all-time favourite samples here, just for you to enjoy.

For my first sample, I’m actually going to mention the sampled record first. This track has been sampled many times and also covered as well. The original of this record is a house classic but it also spawned to massive classics in both Liquid’s “Sweet Harmony” and Urban Shakedown’s “Some Justice” (which coincidentally is also built on the Amen Break for it’s beat). M People also covered this track in their early days.

This mid 90’s house classic is another one to reach back into the disco era to collect its sample (likely hence the title). Disco’s Revenge sample’s Harvey Mason’s “Groovin’ You.”

SL2 has a habit of sampling old reggae tracks and for me this was the biggest one of their tracks. This break-beat or rave classic if you prefer that term samples Jah Screechy’s “Walk and Skank” from 1984.

This is probably more of a remake than a sample as it takes so much of the original record and just makes it a little smoother. Strings of Life samples the Rhythim is Rhythim’s track of the same name. A great funky house version was born but I have to admit actually preferring the rawness of the original version.

Chris Malinchak – So Good To Me

Double sample time. On this massive track from Chris Malinchak, we see from the open, a sample of Soul II Soul’s Back To Life (Acapella) and then as we move in sampled vocals from Marvin Gaye & Tammi Terrell’s “If This World Were Mine.” For me this track is the perfect way to show respect to the original artist as it is such an amazing record!

Here at Dirty Disco Radio, we’d love to hear your opinion on sampling and also your favourite sampled records as well, so please feel free to leave comments below and join the discussion! 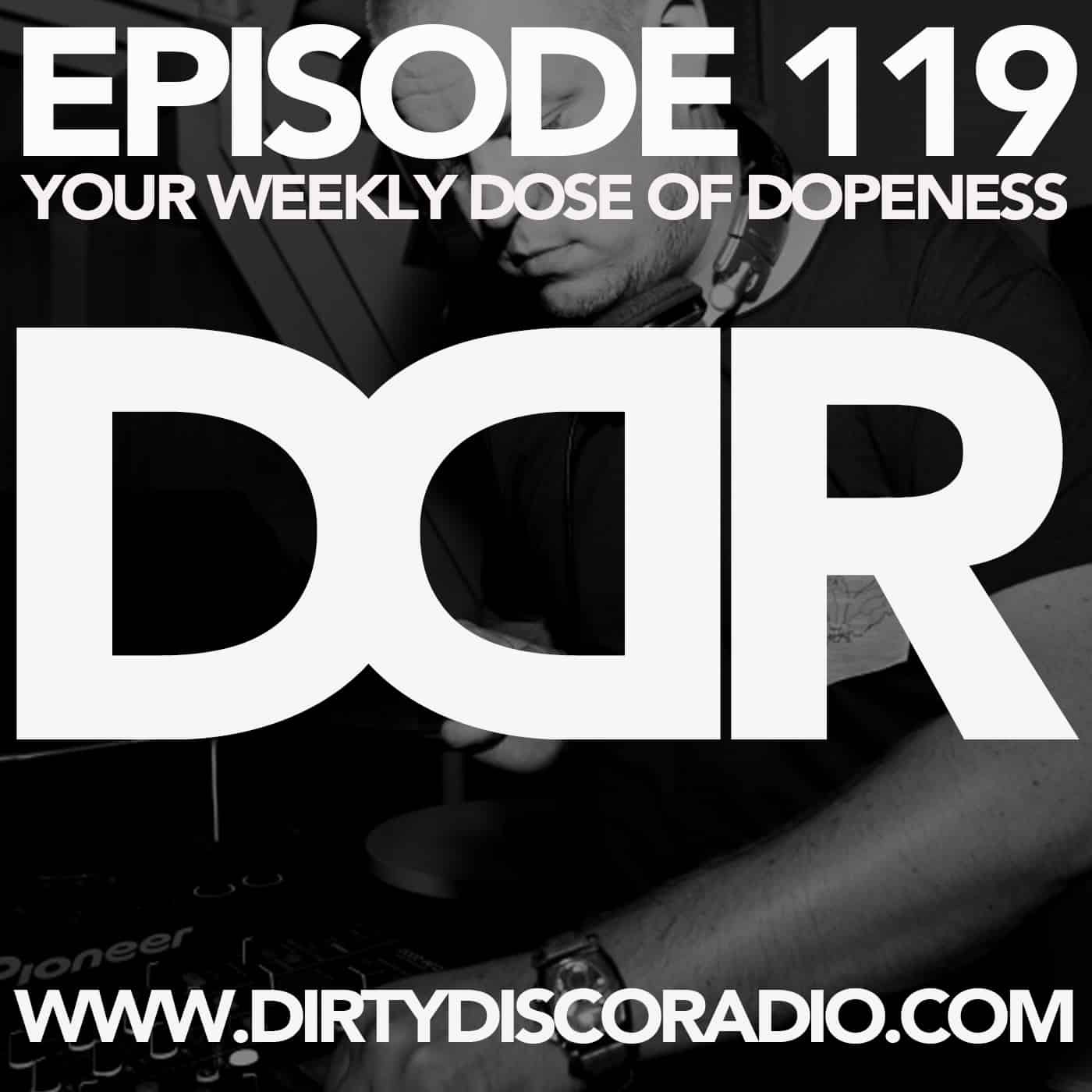