Up Close & Intimate, A Interview With: Ian Hardy 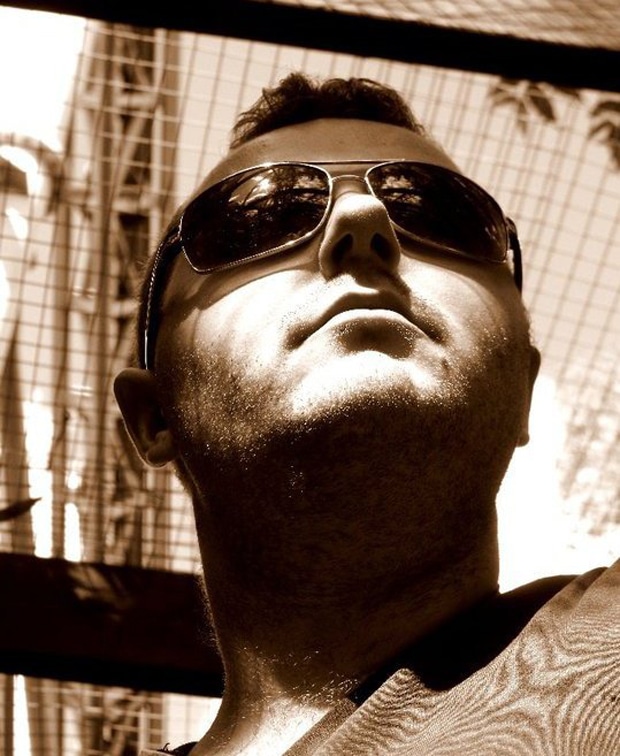 I got on touch with Ian Hardy, through the magic powers of the Dirty Disco podcast, Ian was a listener and complimented me often about the show, Ian told me that he also got inspiration from the shows. Always good to hear that people love what you do and motivate you to keep on doing it. Now a year or so later Ian became part of the DDR family and is next to DJing also writing with us on the website, he write a few amazing articles, his latest article about the Internet’s effect on electronic music is a real interesting one, check it out here and join the discussion with us. We are very happy to have Ian on board of our Dirty Disco train.

Ian is also a DJ and founder of the FunkySexyMusic movement, and after a series of DJ guest-mixes at our weekly podcast we figured that it’s now time to show the skills and ideas of somebody of our own DDR crew, so we did a little Q&A with Ian and invited him to do the guest-mix at our Dirty Disco Radio 109 show this week. Please enjoy!

Up Close & Intimate, A Interview With: Ian Hardy

My real name is Ian Skeavington. Hence the “Skev” in my name. Most of my friends call me Skev but in the DJing world everyone wanted to say DJ-Skev which I felt sounded cheesy. Also, most people also can’t get their head around the fact the “a” in my surname is silent so pronounce my name wrong. My paternal grandmother was the last of the line of Hardy’s in my family so my parents gave me Hardy in my name to carry it on. So I thought this was the best way to make use of it! People take it a bit more seriously then as well. I started playing around with DJing in 1997 initially, did it till around 2003 and then stopped doing any live stuff until 2013 when I started FunkySexyMusic. My early influences in electronic music were mostly from the rave movement (SL2, The Prodigy) and from the soulful house and early days of U.S. Garage (Booker T, Tuff Jam).

They have really mostly been in the last year for me. After I stopped doing live stuff for such a long time, I felt like I owed it to myself to give it one last push as I loved it so much and it never really leaves you, once a DJ always a DJ. Also, the music had come back to being something I believed in again (certainly with the invigoration of the new Deep scene). The love people have shown me and the recent exposure has been really flattering and I can’t thank everyone enough! Being featured on Damian Wells “Let There Be House” show on Kemet FM, being asked to play regularly at my home venue and one of my favourite bars – The Half Moon and then also being asked to regularly contribute to and become a member of the Dirty Disco Radio family as well.

I’ve always had this obsession with music. I listen to it all the time; I’m interested in artists, producers, the genres, the origins. I can remember listening to music as a very small child and being drawn in by it. It’s the closest thing to real magic that exists for me. It can make people laugh, cry and reach levels of euphoria not matched by anything else. I use music to embrace my moods as well; I was quite shocked when I was told by someone recently that they did the same as well, I thought it was just me that did that!

Breaking new music is always a challenge as a DJ. Particularly live so I’m always very careful with that. That and having recently upgraded from CDJ to Serato, getting to grips with that but being careful not to overuse any of the features. I didn’t have them when I used to DJ with vinyl so why over-use them now?

I’m not actually producing my own music properly yet, but that’s my next challenge! 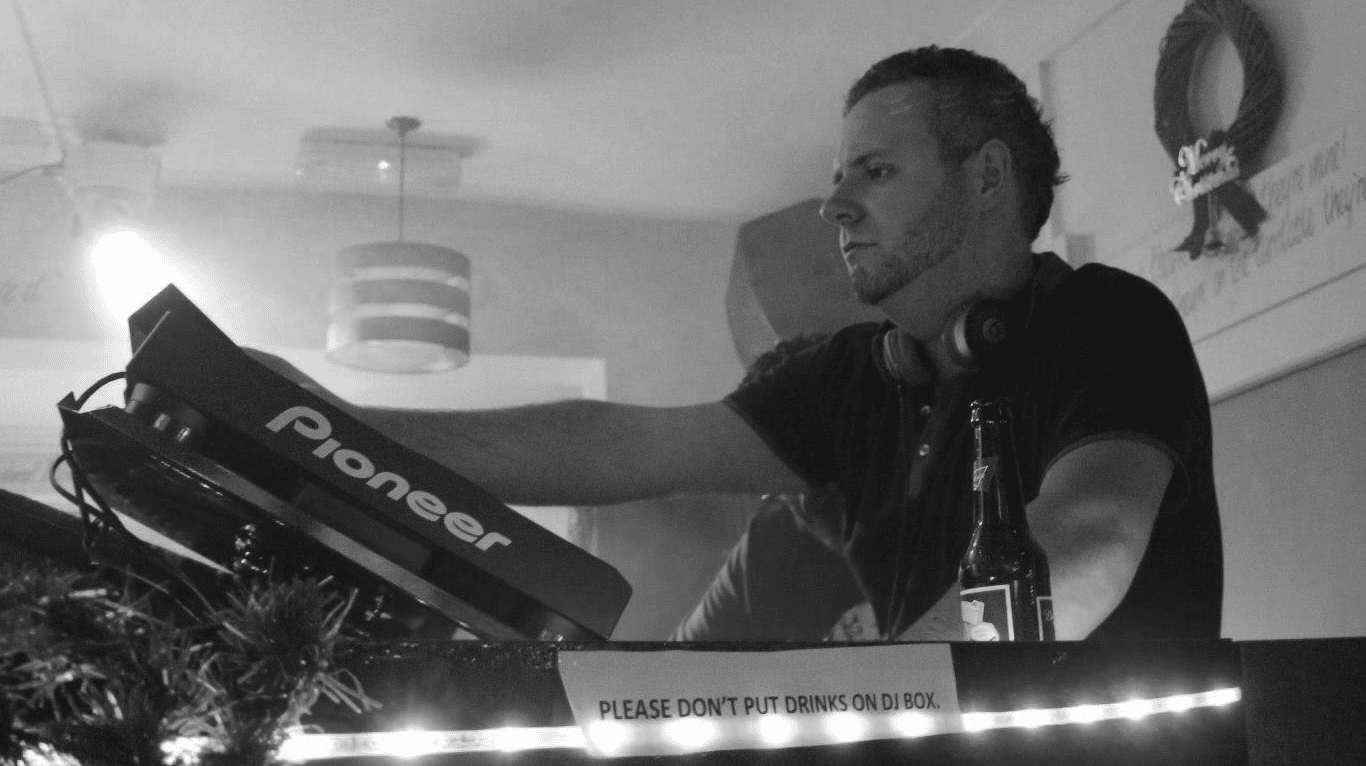 I’ll usually start with the venue owner/promoter. To make sure we are on the same page and to ensure there is nothing they really don’t want playing (in the UK we had issues a few years back with violence associated with the garage scene so some people can be a bit nervous of certain genres) but once I have the all clear I’ll just go through the new music I have (as I’ll already have the older stuff ready anyway) and then try my best to read the crowd reaction as I go so everyone has a good night. It still kind of bugs me out that some of the classics that I have to play are getting on for 25 years old now!

Usually I try and get at least an hours’ sleep in the afternoon before the gig. To see me preparing for a gig, you’d think I was quite subdued to be honest. I like it ambient and I like to be on my own for an hour or so before I leave home for the gig. I’ll usually have a bottle of Budweiser or a small whiskey as well.

Not really, it’s just what feels right at the time. If I have a new and exciting record then I’ll always plan to play it as I’ll be excited about it, but if it doesn’t feel right, it won’t get played.

For me there is a huge importance on knowing the roots of music. I feel that if you are going to sample something then people should check out the record you sampled. People should learn about and respect a scene, take some time out to educate yourself on what built the scene you are involved in and respect it so it can be passed on to everyone. I think it’s great to sample records to make new and exciting records from and sometimes it is a shame when artists refuse to clear samples, although sometimes it is a shame when classics get sampled. One of the records that stands out for me with regard to the sample is Soul Central’s Strings of Life. It was huge when it got released in 2004 but very few people knew who Derrick May is or have ever heard the original Rhythim is Rhythim version of Strings of Life which is a real shame.

Not really if I’m honest. Sometimes I’d love to move over and let people try their hand at it, especially if they are making some kind of issue when you are playing but that is an occupational hazard so I try my best to ignore them otherwise I end up taking it too personally, I’m my own harshest critic and it doesn’t help when other people add to it! What makes it even worse for me as I’m a perfectionist, which actually works against me at times as I’ll hear a beat just very slightly out of time that the crowd would never notice and it stresses me out. I think crowds appreciate timing. You play the right record at the right time, and start your mix in the right place, the crowd will stay with you regardless of if it is complicated or not.

I have no real answer to this if I’m honest. Sometimes you have to take a risk and see what happens, other times classic stuff they are used to will fuel the fire for them perfectly. I always try and play a mixture of both anyway. I often try reminding myself that I am playing for myself as well as the crowd too. I really care if the crowd have a good time and I can sometimes get a bit caught up in trying to keep them too happy and go a bit off the path! Also, if you are playing regularly at a venue, you will start to see faces you recognise and start to talk to people, as you get to know your crowd, they begin to trust you when you attempt new records they may not have heard.

Well most of the time I use a laptop and a Pioneer controller nowadays anyway so it wouldn’t surprise me if some of the crowd are thinking that the laptop is doing all the work for me. The fact is this though, I learned to beat match before MP3’s existed using vinyl. I still mix that way now, BPM counters are an okay guide but they aren’t always correct and even when beats are in time, there are many more elements of a track to consider that might make a mix sound awful. So in places technology has helped with playing with loops and different effects but on the whole, no technology can make up for your ear and the feel of a track. I’ve also not yet come across the laptop that will analyse your crowd and tell you if you are playing the right music for them!

I have a plan for my first remix. I don’t know how long it will take me to get to a point when I can put it in the public domain as, as I said, I’m a perfectionist. All I can tell you is that there is a sample from a track recorded in 1985 in it. The rest you will have to wait for.

Shamefully I’ve never been to Amsterdam before! So I’d say I’ll fly in, book into a hotel, meet up with you (Kono) and the DDR crew, have a few beers and let you guide the tour. Maybe I’ll do that during ADE or at some other point soon.

I’m not a very confident person and usually when I’m DJing my nerves are going full on bat-shit crazy on the inside. I love DJing like nothing else but because of who I am as a person, at times I can find it a really stressful experience as I want my set to be perfect and for everyone to enjoy it and it absolutely impossible to try and please everyone 100% of the time. It doesn’t stop me trying though!

That’s really hard to answer without being really cliché when it comes to dead artists. I am a huge hip-hop fan so I could give you about 5 rappers. I also love reggae and Bob Marley, although if it was someone who had passed then it would most likely be Frankie Knuckles. If I could choose anyone at all right now though probably Marc Kinchen (MK). I love the way he chops vocals on his remixes and I’d love to learn his technique on how it’s done. I also think from his varied career, he’d have some really good insight into the music industry.

Thanks to Ian Hardy for doing this interview with us, please check out the Dirty Disco Radio Episode 109 where he takes care of the guestmix. 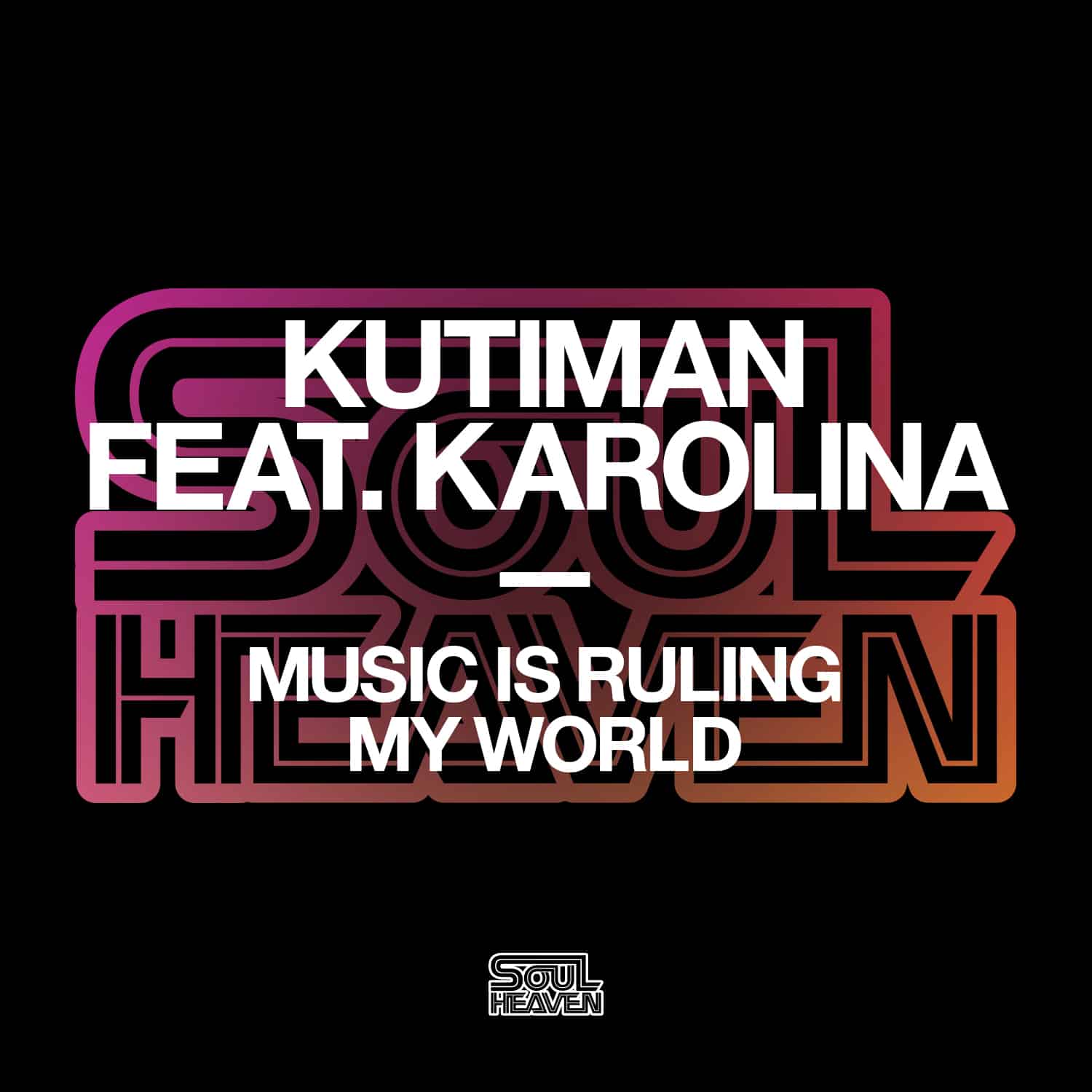 Kutiman featuring Karolina – Music Is Ruling My World We all know Kutiman from his ThruYou Video Project on Youtube, where he takes various musical parts from other people’s video’s […]