In-Depth with Nightset: The Making of Their New Album ‘Diamond Eyes’

In-depth with Nightset – Diamond Eyes. Sydney jazz house duo Nightset is the collaborative project of Sonny Grin and Kats, their trademark sound blending elements of nu jazz, house, and electronica with wild live improvisation. Quickly marking their ground as one of Australia’s most exciting emerging acts, Alec Brinsmead (Sonny) and Casper Trop (Kats) are both working session musicians and are proven staples in the current Sydney live music scene. Shortly to release ‘Diamond Eyes ‘that features the soulful vocal of Josue, a soul-house future classic in the making. We ask them about their creative process.

1. What can you tell us about Nightset?

Hello! Nightset is a collaborative project that explores electronic, dance and house music through live recorded instrumentation. We’re two producers/instrumentalists living in Sydney, Australia – Casper aka Kats, and Alec aka Sonny Grin and we decided to start the project after releasing a few tracks together in 2020.

2. Please tell us about the moment the track was born and how did it evolve over time?

‘Diamond Eyes’ was born out of a writing session with us and our friend Josue Vilches. Josue is an incredible singer, guitarist and songwriter and between the three of us, we were able to write the bulk of the instrumental in a few hours.

The lyrics and melody took a bit longer, we definitely knew we were onto something with the smooth, soul house groove so took our time with the melody and workshopped a few different vocal options. The game changing moment was a late-night session in Josue’s home studio.

After a few Vietnamese rolls and a few beers, we re-wrote the final chorus and verses, with Josue recording all the vocal parts that same night!

3. Who was the main writer of the track or was this a collaboration?

From the get go, ‘Diamond Eyes’ was definitely a team effort, born out of jamming live with the three of us, the song just naturally evolved from there.

4. Tell us about the different instruments used on the track and who played which parts?

This track features Josue on guitar, Casper on keys and synth bass and Alec on drums and percussion. In the live version and accompanying video, you can get an idea of exactly how we came up with the initial parts for the song and how it came together instrumentally.

5. What can you tell about the vocalist?

Josue is a staple of the Sydney live music scene. Whether it’s stealing the show at an extravagant wedding, or captivating audiences with his original music – this man is everywhere and has been for many years. A true professional who also doesn’t take himself too seriously, it was a no brainer to tee up with Josue on this track!

This song is about falling in love on a crazy night out, giving in to temptation and the pursuit of emotional elation.

7. You reference Lucy. Is this a direct reference to Lucy in the sky with diamonds?

Nice pick up! A Beatles fan – that’s definitely what Josue was alluding to with the lyrics.

8. Walk us briefly through the different versions.

The three versions of ‘Diamond Eyes’ all explore a different musical interpretation of the main melodic and harmonic concepts. Initially, we were only going to release the original version and record a live video version for YouTube/socials.

After we shot the live video, we showed it to our friend Zepherin Saint (Tribe Records), who we were working with at the time – he loved the live version so much and suggested releasing that properly as well! I guess the live performance of the song helped to capture a new kind of energy and after some mixing wizardry from Casper, we were confident in putting it in a package alongside the original.

9. Tell us about the Dub and what you did to make it more dancefloor friendly?

We always had an idea to flesh out the parts of the song and experiment with a more housey, dance feel. After the success of the live version, we knew we wanted to add this dub interpretation of the tune to the release and have something more upbeat for our DJ friends to play. A quick tempo change and some new, punchy drum parts instantly made the tune more club friendly.

We were listening to one of our favorite artists, Harvey Sutherland, and we took some inspiration from how he remixes tunes and really spends time teasing out sections and getting the most out of basslines and melodies. At its core, the original ‘Diamond Eyes’ has many dance/house characteristics, so it was fun to bring those elements to the forefront for this dub version!

Next year is going to be big for us! We’ll be doing our first ever Nightset live shows and releasing lots of new music that we’re really excited for everyone to hear. Make sure you follow us on our instagram and Spotify to stay up to date!”

Nightset is quickly making a name for themselves as one of the most exciting jazz duos in Australia. Their new album ‘Diamond Eyes’ is set to release soon and features soulful vocals from Josue. This song is about falling in love on a crazy night out, giving into temptation, and the pursuit of emotional elation. The lyrics are inspired by Lucy in the sky with diamonds.

The different versions of the song explore different musical interpretations of the main melodic and harmonic concepts. The Dub version is more dancefloor friendly with a quick tempo change and new, punchy drum parts. Nightset is gearing up for a big year in 2023 with live shows and lots of new music releases! Thank you for this in depth track talk! Check out their Bandcamp here. 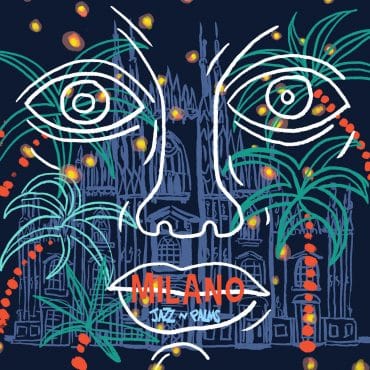 Jazz N Palms talks us through the tracks on his latest Milano EP.

Jazz N Palms is getting ready to release a new project, “Milano,” following the success of his recent album, “Ses Rodes.” The new album will be available as a 7″ […]