Di Saronno – An Interview with | Behind the scene. 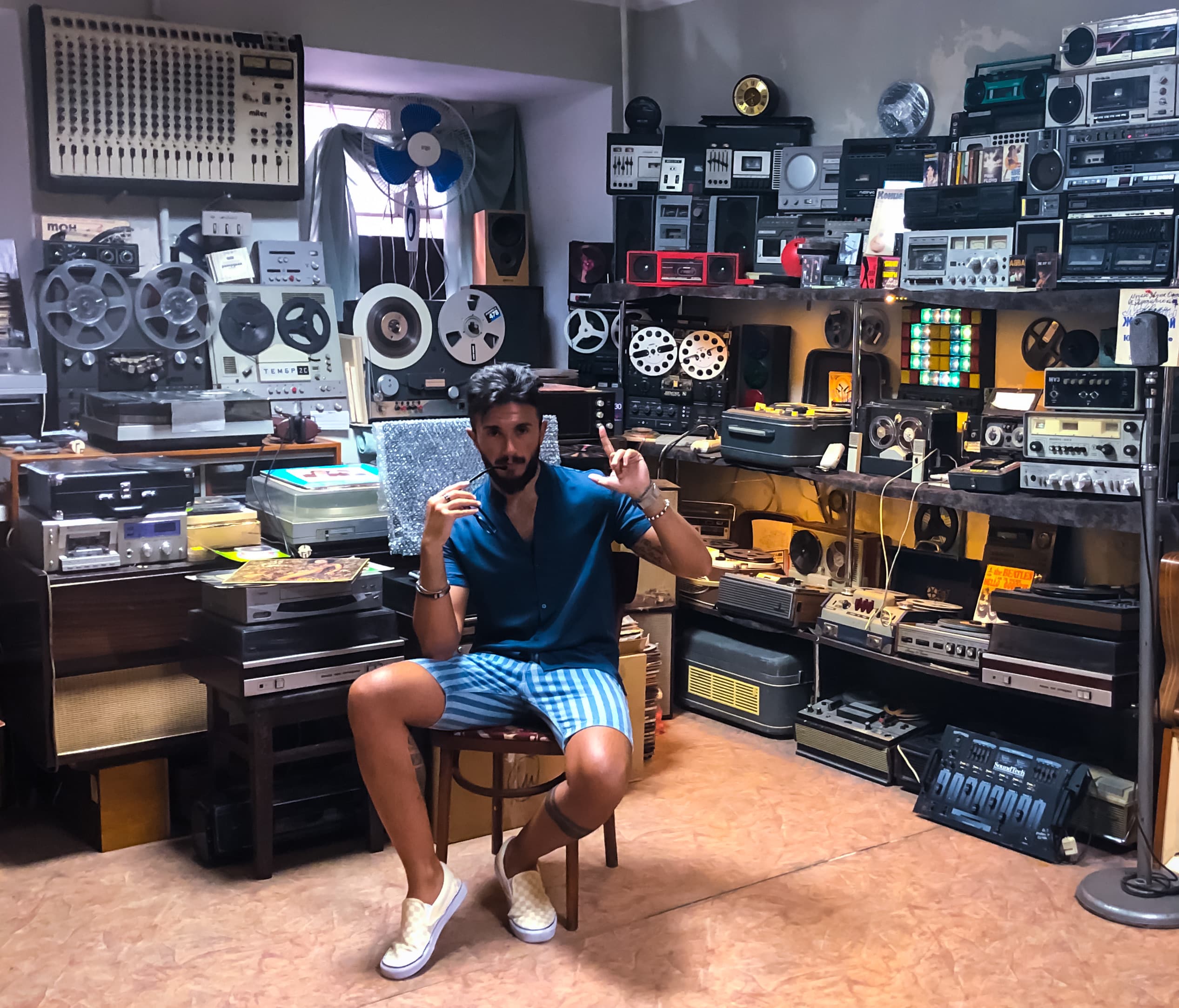 So now and then I like to invite people (artists, labels, and other music professionals) from behind the music scene for an in depth interview. Often these are people that are already involved in Dirty Disco, mostly the artists and labels I play music from. Since my last interview with theBasement Discos head honcho Carlos Alandí from Spain, I figured this time would be perfect to talk to an artist / producer I frequently play music from.

With superb quality releases on labels like: Nurvous Records, Dopewax, Moiss Music and even the above mentioned house music label theBasement Disco’s. Di Saronno is no newcomer to the scene and already earned some stars. After a nice online meeting Frank and I came up with the cool idea to do an interview with the man behind Di Saronno, Soul Chaser, Mindbuster and other music aliases. So without further ado let’s dive into the Di Saronno interview.

Who is Di Saronno, and when / how did it all start?

Behind the Di Saronno “spin-off” project, is simply the best discofunk shade of my mood, my name is Francesco “Frank” Ferraro born in Santa Barbara (California U.S) based in Italy as a dj/ producer since 2004. Everything started from one night with my friends in Milan (Italy) after a few shots of this blended liquor and some disco-funk music in the background of the lounge club where we were. Felt in the mood to create something sophisticated that could embrace the moment.
Di Saronno (like the liquor name) was an experiment back in 2017! and since then I decided to make some old-school house and retro-disco edits just for fun, that perhaps I really enjoyed doing’ till now, and I couldn’t stop anymore.

How would you describe your sound?

Briefly mentioned that everything started as a disco-sampled solo project. Old-school retro-disco house edits made for fun. I was concentrating on that concept for the first two years on the project, when slowly I started to embrace myself more into the classic house purism. So at the moment I’m more into raw stuff, inspired mostly from what I can usually dig for my sets, talkin’ bout OG House pioneers like Doc Martin, Sneak, JPG, Johnick and others.

Just want to point out that I don’t own a fancy studio, and my corner here in Italy is mostly a fortune flat ex-bedroom corner, small but concentrated. Within those years of producing, I been always upgrading this pleasure corner as fast I was convinced to be mature enough for learning a new machine (hardware wise). For the last 2 years I became an AKAI MPC User and the creative process always starts from a very intimate sample digging, no matter on wax or YT. Most of my best tracks came out from samples that I was hearing in very random places, like airports, restaurants (even romantic dinners) or unexpected circumstances, so I have a quick Shazam response for that.

Chopping, Slicing, Isolating or Merging is pretty much the most funny and excited part. When I create a loop that drives me insane, I can easily keep it on play on and on and on, meanwhile I create additional layers, or overdub it with additional elements. Leaving criticism on the side I am a Loopcloud user as well. Sometimes is good to dig for some element that is missing or outstanding for your final product, and the step in the game for this futuristic platforms is becoming very fundamental in the creative process, giving motivation to all producers like us to share our skills, no matter beginners or pro, we learn something everyday and mostly from the most people.

Your latest EPs are sounding great! Can you give us a little background on the release and how this came together?

Thanks for the sincere feedback, and yes! there’s a little background behind this EP, to be fair. Freakin While Mobbing is the title we choose to present on Junior Sanchez’s imprint Brobot Records. Well of course the first track ‘’Freakin Hypnotized’’ initial demo came out during the pandemic, and no one gets surprised anymore to know that was of the most productive periods for most of us, believe me if I tell you that I still have a lot of outstanding material on the way.

Back on track, that was sounding completely different from now, as I was sticking more on the ride of the original sample, like I wanted to give justice to that funky disco organ roll. Not fully convinced I put it on the corner, until I connected myself with LeBaron James, a very proactive Canadian duo, that were supporting some of my tracks on their Champagne Mixtapes. During our conversations about releases, labels and so on… we agreed to work on something together, and that’s where I immediately shared this initial demo, feeling like that the guys could have given the right spin of it, and that’s what happened after 8 months, Lol! yeah it took us forever, but we are satisfied on the final product now.

‘’Mobbing Class Hero’’ instead came out in only 2 nights, simply because on my daily gym session I dig a lot of motivational UK Garage, so it came easy for me to drop something really groovy like that without exiting my jacking canons, so far I merged the 2 styles for that and immediately happy about the outcome, I was just aiming to give an identity for the track, expressing my will, that we must never stop to learn, be curious and self-sufficient (cit. Honey Dijon) no more spoilers “Chicago One Way” 4 track EP represents the RAW part of me.

Every element of each single track has been chopped in a very warmth and precise way, to let it sound very dirty and rough, really like something from the 90s, so that’s why I find impressive the random combination of the tracks, made me so addicted to them, when I was on the production stage. Frosted Recordings legendary label, is the perfect house for them, including the remix from the boss Max Hèbert, the EP already got some great spins from artists of caliber like: Inland Knights, Demarkus Lewis and DJ Heather.

“The Journey Continues” with JohNick on DJ Spen’s Unquantize is one of the best collaborations I have done so far. Me and Nicky have been closely collaborating in the last 2 years, and the first positive feed that led us to work together was the “I Know A Melody Remix” I did for Victor Simonelli and Tommy Musto as Houseswingers. I knew JohNick duo since forever because of their legendary discography and impact on the House Music history with Henry Street Music. Nick and Johnny have been digging some old demos from the DATs recently, and I knew that I could give my contribution to make sure some of these records would see the light. So those tracks are just the result of very immersive sessions, facetiming back 2 back with them from Italy to Brooklyn, NY almost everyday.

A lot of changes have been applied to the original demos, in both jackin’ and deep house directions. Once fully satisfied with the final product, DJ Spen, Candice and Kelly didn’t hesitate a moment to let us join the Quantize family, putting together the Main Mix + the Dubb in the market. Track is on the promo campaign with already great feeds! Satisfaction guaranteed.

How do you feel the Internet has impacted the music business?

The Internet is also part of my life story, as I grew up in the 90s I don’t hide that when I was freely able to explore music on the web and not only physically, gave me a sense of padronance. MTV and Jukeboxes were my references, in regards of reading credits, track titles and artists in the videoclips or compilation sleeves, sticking that to my memory for listening to them whenever I want. So at that stage it was very easy to recognize the music, because there was no mass production, tracks got their own identities, and even follow ups were easier to be identified from the same artists or same brand or label.

Nowadays everything looks like a race, too much mass production, trying to achieve charts having tenth of tracks in the top 100 even if quality super-exceed the standards, I don’t like to see artists releasing tracks continuously, and specially some of my fav disappointed me within’ the last 2 years as I don’t have enough time to enjoy some cut, that suddenly other 3 are released in a short gap. It’s a boomerang effect, that sooner or later will impact us and our mentality to see the internet.

If you could change anything about the industry, what would it be?

I’m really in favor with self-release music platforms by Bandcamp, where there’s not much competition like digital stores or streaming platforms, everyone must be independent, without the need to obscure any other fellows in a way to get more audience.

Which artist or label would you most like to collaborate

Lately I’ve been open-minded for collaborations to be really honest. I felt the necessity to merge my ideas with artists from the past, learning some basics that will be essential to face the future 😉
My favorite collaborators are with no doubts Nicky Palermo and Johnny D De Mairo (Johnick) whom I’m in touch with everyday sharing mental pictures, ideas, and feedback. To mention also Dj Romain, Hector Moralez, Gangs Of Naples, Don Swing & Jame Starck.

Let’s say that most of the labels I have released my material have always satisfied my expectations. In the last 2 years I have been keen to get signed on some of my favorites iconic imprints like: Nervous, Trax, King Street Sounds, InHouse, Dopewax, Peppermint Jam to mention a few … Brobot Records, Late Night Jackin’ Frosted Recordings and DJ Spen’s Quantize are those at the moment I’m fully in contact with, because of the promo campaign of my latest releases giving the hype and a continuous pro-active interest of increasing the audience of the record.

What are the next steps for you – what are you working on?

I’m fully immersed on various projects, including some in-completed scorches i am re-adapting from my other acts (Mindbuster, Houseswingers and Francesco Ferraro) Di Saronno in the near future will face some great collaborations, as i been chasing some old school material straight from the vault. Another Johnick collaboration is already on the go, plus in April once back in Italy there will be a smart move with Serbian producer Gramophonedzie on an unfinished demo. There’s also a confirmed collab with legendary Duane Harden on a very catchy disco sample tune, plus some experiments we are trying to focus and develop with Inland Knights, CZR and Kid Crème.

A confirmed juicy remix On The Rocks for bosses Mark Farina & Homero Espinosa will be out on Moulton Music TBA.

Thank you Kono! Finally we got the chance to sit down on this interview.

I hope music will bring back the peace, in this moment more than ever right now! 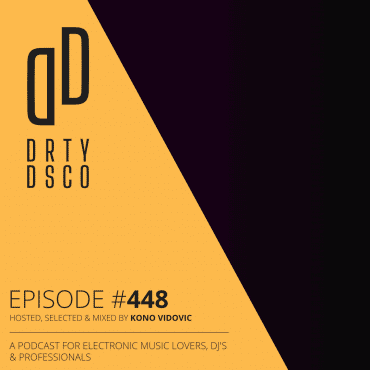