Is cassette back? How To Dress Well, and deep sexual emotional music in – Dirty Disco 279.

A new week can only mean one thing. That it’s time for a new Dirty music podcast by me. In Dirty Disco 279 i did my very best to make a selection of 27 tracks that take you on a spiritual deep sexual music exploration. And let me ask you this: Is cassette back? Let’s talk and see what’s up with all of this in the latest episode of Dirty Disco.

Was it gone in the first place? Well yes and no, like with everything some things have there momentum. And with cassette that was in the 80’s right after the vinyl had a great period in time. After cassette the CD (compact disc) came in and so the story continues. Everything has its momentum and popular time when everybody wants a piece of it. After that, and when it slowly slides away. There is is always a small audience that stays true to a specific, in this case medium. For example vinyl lovers, after years vinyl grew back bigger than before, not as big as in its heyday. But a lot bigger than the period after its heyday.

Ii the same going to happen to cassette? Well i don’t really think so, since vinyl has a bigger charm and uniqueness than cassette. Is cassette back? It’s most probably not coming back just as vinyl did. But in this episode is cassette back, in the form of an new album by Letherette – Mander House Vol 1. I highlighted the album in this blog so read on if you want to know more about it and its availability on cassette.

Why is there the word ‘dirty’ in our name? Is it because I’m dirty? Is it because i like to talk dirty? Well no, no, yes! Everybody loves sex, so do i. Unfortunately it is still a big taboo for many people to talk about it. Music and sex are very closely connected. Music can extend and have a very good impact on your sex session. Sex without music can still be good, but with the right music, certain emotions can come alive which makes the sex experience even better and intense. In this episode i included some deep sexual emotional music, from the new album by How To Dress Well – The Anteroom.

How To Dress Well – The Anteroom.

American electronic music singer & songwriter Tom Krell who goes by his artist name How To Dress Well. Released a new studio album ‘The Anteroom’ on Domino Records on the 19th of October 2018. If you are a lover of deep, dark, emotional electronic music. Than you should check out this new album. It includes a variety of deep dark sounds with added vocals from How To Dress Well himself.

Some of the tracks that i have included in this weeks DJ mix, are giving that deep sexual emotional music feeling. At first when i heard the album, is liked it. But figured that it was hard to play these tracks in this episode of Dirty Disco 279. The overall harmonies were to far away from each other. But i think that they deserve to be played and therefor i managed to give them a spin to make them fit in the overall mix. I’m very curious on how you find the tracks working in this episode.

The album is available on digital formats in several stores and streaming services as Spotify, Tidal, Deezer and Apple Music. But it’s also available as a 180 grams gatefold 2x silver LP.

Letherette is an often played music producer duo here at Dirty Disco. They are from the UK and produce music in different styles but all with that real unique sort of minimalistic Letherette sound. They produce electronic music within the range of Hip – Hop, Breaks and House, On their most recent album ‘Mander House Vol 1’ You can hear a lot of Disco and Soul influences. I included 4 tracks from the album in this weeks episode. Click play if you didn’t already. A nice thing they did, and which i think is more a gimmick than something really useful. Is the fact that Letherette’s new album is also available as the old fashioned cassette. That’s right, with that we are going back in time, and in stead of releasing the album on vinyl. They released it on digital format and on cassette.

You can buy the cassette here.

The last album that i want to feature is an album compilation including tracks from Pablo Valentino, Garnier, Hugo XL, Harvey Sutherland, Henry Wu & Earl Jeffers. And of course Motor City Drum Ensemble as where the MCDE stands for and is the name of his imprint. If you are a lover of the broken Deep House sound, this is a must have. I nice thing to know about the artist motor city drum ensemble is that this is a one man show. Danilo Plessow born in 85 in Germany created this alter ego as his producer name, and has been very succesful with it. After many years of success he also started his own imprint under the same name. Now releasing this beautiful compilation album with various artists on it in the same sound range as you can expect from this label.

Download now: Is cassette back? How To Dress Well, and deep sexual emotional music in – Dirty Disco 279. 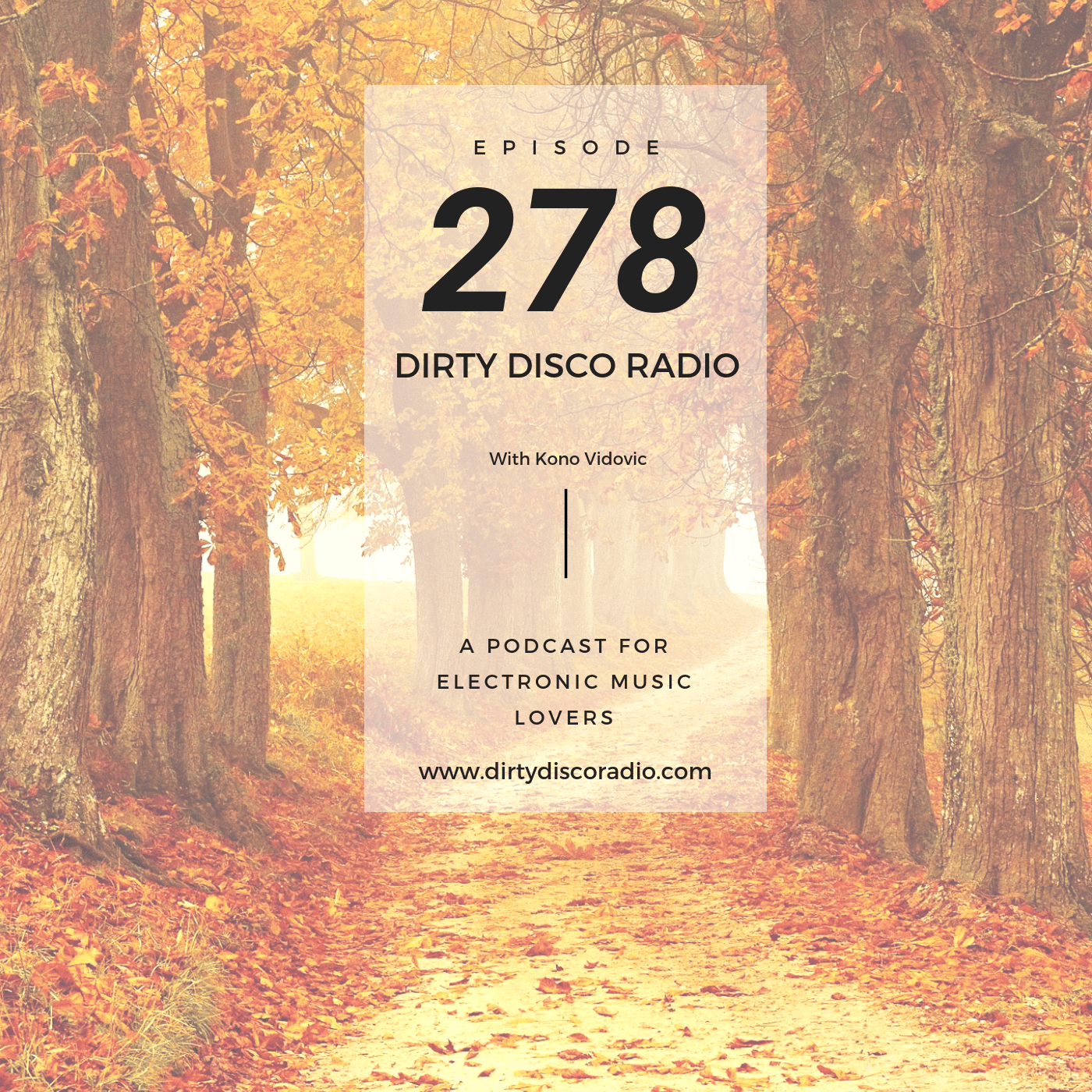 Here at the Dirty Disco studio Autumn has finally started. So therefor i let my emotions took the lead and create a Deep Dreamy Autumn DJ Mix for you in […]