Jeremy Olander is back with a bang! The Swedish melodic house and techno icon has just released his new single “Murphy” on his Vivrant label, and it’s already been a hit with fans. This new track is a perfect example of Jeremy’s signature sound – soulful, melodic, and emotive. If you’re looking for some fresh new music to add to your summer playlist, look no further than Jeremy Olander’s latest release.

Swedish producer Murphy has released a new track called “Murphy.” The emotionally charged song is characterized by a melancholic, yet driving and infectious melody, contrasted with a punchy drum pattern and almost sinister FX details. According to Murphy, the song is a surefire weapon in the clubs and festivals of summer 2022 and beyond.

Music that breaks the mold.

Sweden’s 35-year-old “Olander” breaks records by transcending genres and maintaining an element of surprise throughout his new track. With trance elements from the ’90s, hints of Pryda’s legacy, and an infusion of epic film scores, Olander continues to push boundaries and elevate his style. By refusing to be pigeonholed, he has separated himself from others in the industry. This niche not only sets him apart, but also makes him unique in the music world. listeners will be constantly guessing what’s coming next, making “Jeremy” a must-hear artist for anyone who loves music that breaks the mold.

There are plenty of opportunities for fans to catch Olander and “Murphy” in the coming months, with upcoming shows at Gothenburg’s Way Out West Festival, Brooklyn’s Kings Hall, London’s Village Underground and Montpellier’s Family Piknik. Olander’s music has been described as “mesmerizing,” and fans can expect an unforgettable live experience. With a busy schedule of performances lined up, this is definitely an act not to be missed.

Olander was the first artist to sign a multi-release deal with Eric Prydz’s Pryda Friends nearly a decade ago. The Swedish DJ, producer and label founder has become one of the most beloved artists in melodic house and techno. Early in his career with Prydz, Olander released several EPs, singles and remixes, recorded a BBC Essential Mix and performed at iconic venues such as Madison Square Garden in New York and Brixton Academy in London. Olander’s music is marked by intricate melodies, subtle sound design and a focus on the listener’s experience.

His DJ sets reflect his penchant for mixing unreleased tracks with clever transitions and a healthy sense of fun. Olander has built a devoted following around the world thanks to his standout productions and magnetic live performances.

From Pryda to Vivrant.

Leaving Prydz’s label in 2014 to focus on Vivrant, his own label and event series, He has released original music on some of the world’s biggest and most respected labels, such as John Digweed’s Bedrock, Sasha’s Last Night On Earth, Adam Beyer’s Drumcode, UK behemoth Anjunadeep, and M.A.N.D.Y.’s Get Physical.

He has remixed artists such as Tove Lo, Henry Saiz, Sailor & I and Digitalism and released a previously unreleased mix album on the legendary Australian label Balance, joining the likes of Kölsch, Stacey Pullen and Patrice Baumel. 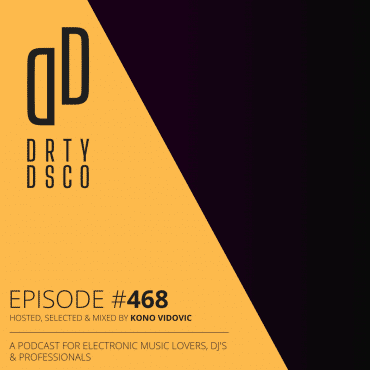 Welcome back to another episode of Dirty Disco! I hope you all had a great holiday season. I certainly did, and after the last pre-holiday podcast I’m excited to be […]