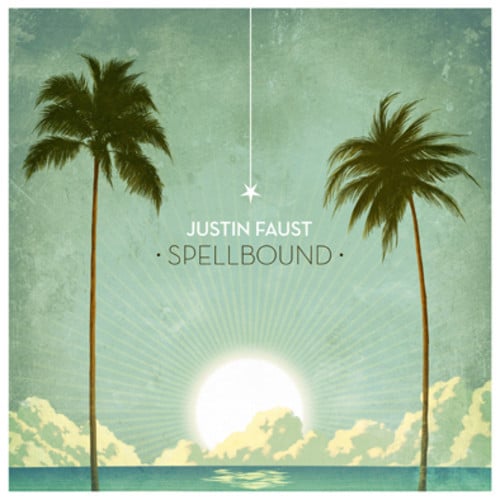 If you are in the need of some funky, groovy nu discofied records, this is something for you. Discotexas member and German Producer Justin Faust is laying down some dope Nu Disco tracks on his all new album: Spellbound.
12 tracks including 2 interludes starting with an atmospheric intro which takes you on to the next track and earlier released  Girl Talk which is an energetic uplifting up-tempo nu disco track, staying in this vibe with the track: Jackalope and Slowing down a bit with 😉 Slowing Down, which has a more disco feel to it, a rich disco sample accompanied by some strong disco synths.

Tonight And Tomorrow is a very melodic track which seems to be happy but if you take the trip is kind of depressive not in a bad way, it’s telling you a story, probably a story we all have or are going to have in our life 😉
The first and funky interlude is taking you to the same called track: Spellbound, which was released before the LP as a teaser, the track is very energetic and takes you into a groove where you can’t come out of, a fast ride through the Nu Disco universe would be a very appropriate description for this track.
Then the 2nd interlude which gives a more soulful feeling, i wonder where it takes us. It takes us to:
Higher Ropes, starting with an arpegiattor and very punchy kick, soon the track becomes very melodic and atmospheric layers are taking over control.

Space Rhumba you probably already know, if not it’s a party track, singing people, drinks, sun, this could be somewhere on the beach of Rio De Janeiro, happy people dancing and having fun in the sun! Visualize this and you’ll get the feeling right. 😉 Back from Rio De Janeiro to: London, The BPM () goes down, and a strong 80’s beat comes in, the synth and bass with the same kind of 80’s vibe are giving me the feeling i’m watching an episode from Miami Vice, even better i’m not watching i’m in it, and it’s damn fine, let’s go back to the 80’s! We came to the final track of the Spellbound LP called: Na Sowas, after listening the whole LP you can hear that Justin Faust did not put up just a few tracks to compile an album it’s an well thought through plan. as the last track is also giving you the feeling that this is the last scene of the Miami Vice dream you are having with the credits already rolling.

This was my personal experience of listening to the new album from Justin Faust – Spellbound, if you have a quite similar journey and feeling or maybe a whole different kind, please share it with us. 😉
There is some little more, there are 300 vinyl copies available of this album, so grab one fast!

Buy limited edition LP (300 copies only) at: discotexas.bigcartel.com/
For the normal digital version, buy it on Itunes: Spellbound – Justin Faust

Amsterdam Dance Event 2014: Where to go?

ADE 2014- Where to go? In about a month from now it’s time for one of the biggest events of the year in the Electronic music scene worldwide and it […]