It’s been over two months since Kygo released perhaps his most intimate and sensitive record to date in the form of Freeze. In the meantime, the album with its romantic and (somewhat) surrealistic music video has managed to score a paltry 15 million views on YouTube and over 9 million streams on Spotify.

Now there is the first official remix. It comes from the American DJ and producer John Summit. In his relatively short career, this young man from Chicago has already performed at just about every major dance festival and even scored a number 1 hit in his home country. He has also had the opportunity to take on the records of several major artists including Jax Jones, Purple Disco Machine, Diplo and Deadmau5.

Now that honor has been bestowed upon Kygo. Summit manages, despite most of the lyrics being gone, to preserve the beauty of Freeze and even throw an extra dance sauce over it. This makes the record even more danceable than it already was with the original. Which version are you going for? The original or this remix? You can check the latter above.

Kygo is a Norwegian DJ, record producer, and songwriter. He is best known for his hit song “Firestone“, which has been streamed over 300 million times on Spotify. Kygo has released two studio albums, both of which have topped the charts in Norway. He has also collaborated with numerous other artists, including Selena Gomez, Ellie Goulding, and John Legend. Kygo is one of the most successful DJs in the world, and his music has been praised for its soulful melodies and relaxing atmosphere. His unique style has won him a loyal following among fans of electronic dance music. Kygo is currently touring the world and working on his third studio album.

John Summit is a Los Angeles-based DJ and producer. His music is best described as a mix of deep house and tech house. He has released tracks on some of the world’s most respected dance music labels, including Defected, Ministry of Sound, and Ultra. Summit’s unique style has earned him a loyal following among clubgoers and dancing fans around the globe. In addition to his work as a DJ and producer, Summit is also a skilled remixer. His remixes have been commissioned by some of the biggest names in the music industry. With his impressive body of work, it is clear that John Summit is one of the most talented and versatile DJs in the world today. 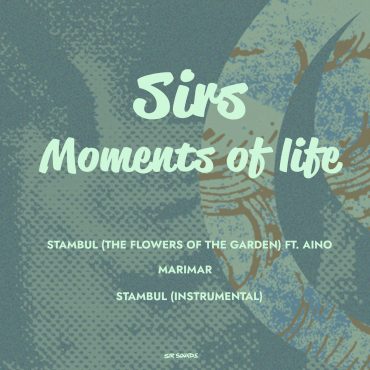 SIRS returns to his own Sirsounds Records with arguably his best work to date, dropping two sumptuous original compositions on the searingly personal ‘Moments Of Life EP’. SIRS has always […]