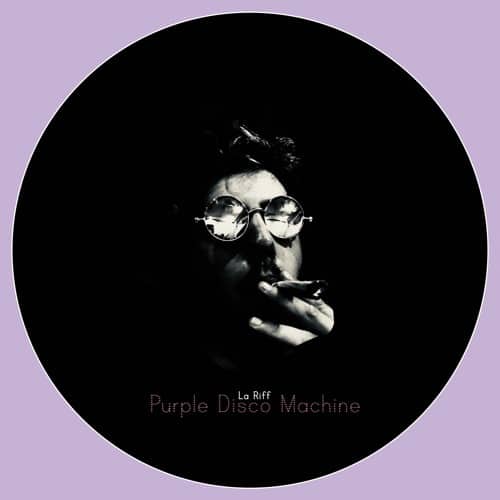 Now more than ever it’s a good time to support your favorite music creators and DJ’s. With the devastating Coronavirus spreading at fast rates and keeping everybody locked in their homes. Supporting each other and the music that you love is now more important than before. Giving away free music is always a great way to create exposure for artists because we love free music ain’t we? In our weekly free download music review this week a quality laidback jazzy piano driven deep house track with a striking name: La Riff – Purple Disco Machine.

Who is La Riff?

Before we look and listen to the actual reviewed track in this weeks music blog. Let’s first investigate the artist behind it. To make sure we are on the same page here, let me make clear that this review is not about the international one-man disco army Tino Piontek aka Purple Disco Machine. This is actually the name of the track we are reviewing by La Riff.

Now that you know this, back to La Riff who goes under the real name Axel Riffaud who lives more or less in Paris – France and Saigon in Vietnam.

Like many DJ’s and music makers Axel grew up with listening to different styles of music always searching for that eclectic mix of genres, styles and era’s in music.

Even though his artist name La Riff was given to him by his childhood friends as a nickname. It was only in 2019 that he started using it as his artist name when he got infected with the DJ art. Not long after he experienced the practice of a DJ he became one himself playing at noteworthy clubs in Ho Chi Minh City in Vietnam.

Chck him out on Beatport & Traxsource or Juno Download

Talking in terms of viruses after La Riff fell in love with the art of being a DJ. The music virus grabbed him and forced him to produce music. His music production initially started out as a point for making music to use in his own DJ sets. But it didn’t took long before other DJ’s wanted to play his music as well and labels wanted to publish his music.

With not so long ago being active as an music producer his skills in music making are remarkable. When you hear his tracks you wouldn’t think that La Riff is only making music since 2019. His sound is very mature and he delivers high quality tracks.

His sound is probably best described as Deep / House Music with lots of Soul, Funk, Jazz and Disco influences from his youth. Using dope sampling techniques and famous samples from these music era’s that define and created the landscape for nowadays soulful Deep House and Nu Disco tracks.

As you can hear in his Purple Disco Machine track you will notice that the overall sound he simulates is a laid back easy going groove. Bring this together with the use of dope sampling of established dance tracks from the 60’s 70’s and 80’s and dope music that we love is created.

Some of his recent releases are on labels such as the here at Dirty Disco very often played Lisztomania Records by Head Honcho Igor Gonya. Where he released his WTF Is Going On? EP on.

You may also know his Sky Lounge EP release last year on Soulgrab Records where we like the main title track Sky Lounge most of.

Now that you got to know Axel Riffaud aka La Riff a bit better. Let’s listen to his recent release on label and booking agency Imported Recordings: La Riff – Purple Disco Machine that he is giving away as a free download.

When i saw this track for the first time and clicked play i got a bit confused for 2 or 3 seconds. As i quickly noted ‘Purple Disco Machine’ and right behind it ‘Free Download’ i quickly thought this was a free track from the artist Purple Disco Machine. This clearly now is not the case as i explained in the ‘Who is La Riff’ section.

Why La Riff named his track Purple Disco Machine is not clear to me, maybe i’m missing out on something and this will become clear at a later point.

When you hear his tracks you wouldn’t think that La Riff is only making music since 2019. His sound is very mature and he delivers high quality tracks.

I’m not trying to mislead you. So don’t get confused.

Now to get things even more confused for you and since i mentioned the artist Purple Disco Machine a couple of times you can say that the track is from that same kind of quality the well established producer creates. And i also have to say that both La Riff and Purple Disco Machine are both in the same genres of making music. With that also needs to be said that PDM is really on top of the game with releases on top-notch labels an studio album out and playing on mayor events around the globe.

Keeping the focus on La Riff we def think that this young producer DJ can achieve that very same status if he keeps making well crafted quality music like he does.

When we listen to La Riff – Purple Disco Machine it starts out with a strong house beat, grooving percussion elements, a subtle bassline and a laidback piano chord. Building up the energy and making place for the harmonies after one minute in a small break enters where a few sound elements like an retro 80’s synth, a flowing pad fades in to build up the energy even more while it’s keeping its overall laid back vibe.

With the track playing on and slowly more piano comes in to stroke our ears. After the second break it’s really time to get loose as a top distorted bassline takes over the main focus together with some vocal FX elements, while all the other sound elements keep playing in the background.

La Riff – Purple Disco Machine last for 9.04 minutes but never at no point gets boring. I really like this track and next to this blog i will also feature it in my weekly electronic music podcast to create even more exposure and inspire you with new music.

Grab the track here below for free and please let us know what you think. 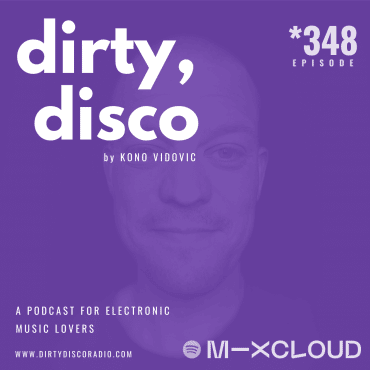