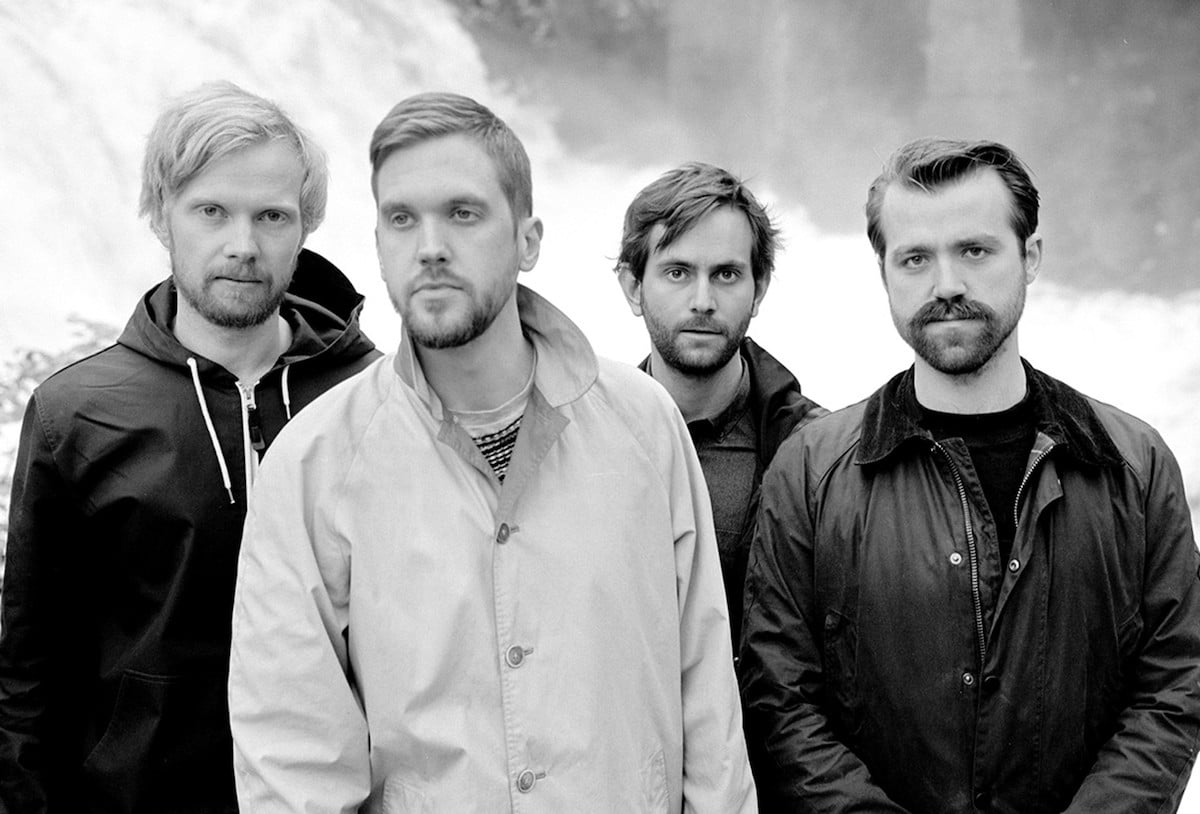 Norwegian electronic music group Lakeshouse caught our attention with their latest release, a cosmic disco/house mix that is sure to get your feet moving. We were excited to interview them and learn more about their music, process, and background. In this interview, they discuss their origins as producers and DJs, how they got their start in electronic music, and what inspires them in their work. They also talk about the meaning behind their name Lakeshouse and share some advice for aspiring electronic performers.

1. Please introduce yourself to our readers, you guys?

We are a cosmic disco/house group from Norway. We are producers, musicians and DJs – and we make electronic music with an eclectic mix of different genres and styles of music. We are electronic performers.

2. Tell us where you are from and where you’re based?

We’re from a small town by a fjord, called Nordfjordeid – the west coast of Norway – now  based in Oslo and the forests surrounding the city.

3. Do you actually have a house on a lake? What is the story behind your name.

We have a place – up in the mountains, by a lake. The house provides shelter, a studio, proximity to nature and inspiration for making our music. Unfortunately the trips are quite long so we mostly work from home, but we do our best music up there.

4. Are you all DJ’s as well as producers?

Yes. Lately we haven’t been DJing much because of the pandemic, and we’ve also been spread across the country and places between Norway and Sweden, until recently – now we are hoping to start gigging again.

5. Who has the largest record collection between you?

Hard to say. Like many people we’ve gotten into the whole streaming-thing, but we still buy records from time to time. If we go shopping, we typically dig through second-hand records in hopes of finding hidden gems and maybe some samples.

6. What is the most recent gig that you’ve played at and how was it?

The pandemic put everything on hold until recently. A while ago we had a release party at Jaeger – for our EP “Folkemusikk”. We played the entire EP with projected visuals we’d made, early in the set. There’s a melancholic ballad on the EP called “Lov”, at around 70 BPM. We didn’t expect anyone to dance to that track, but we wanted to play the whole release so we went for it. To our surprise, the crowd vibed out and were kinda half dancing, half swaying their arms in the air with eyes closed. Then we knew this crowd would get down to anything we threw at them, so we had a great set with many twists and turns, and they followed us every step. A great night.

7. What kind of vibe should we expect in a Lakeshouse set?

Expect an eclectic mix of different styles and eras, but with a conscious idea behind the programming. We love to blend house, techno, acid, cosmic disco, funk, pop, RnB, afrobeat or city-pop, all in one night. Anything goes, really. Sometimes there will be musical references to something current, something in the zeitgeist, which helps make it a cohesive night despite being quite wide-ranging in terms of styles.

8. Can you tell us one of your all-time favorite records?

We think 10 000 Hz Legend by Air is an underappreciated masterpiece. It’s been a huge influence on us, both musically, sonically and artistically. Air has a great sense of humor in their music which we tend to respond to, and we use humor in similar ways. The contrast of different styles, abrupt scene-changes and juxtapositions make for an almost cinematic experience. It’s tactile and visual music, somehow. We strive for this, too. A good example of this would be NRK from our Folkemusikk EP. That track sounds like a creepy movie about ghosts or something. I think that must have inspired Bjørnar’s music video for it

9. Who is the record collector/ connoisseur in the group? Where do you go to search for your vinyl treasures?

We’re all collectors and connoisseurs, but Bjørnar has a crazy good memory for music, so he’s our go-to guy for references and samples. But we’re all constantly looking for and talking about music, so we feed off each other equally in that way. The two best record shops in Oslo are Tiger and Big Dipper, but vintage shops are a clear favorite.

10. As producers, what roles do you all play in the studio?

We all compose, produce, sing, play and mix, but typically there’s Endre who does the final mix, and Bjørnar does anything visual. Morten and Andreas play sax and trombone, so we love to record them when we can. Sometimes we jam together in the cabin, or go for hikes and do field recordings for sampling, making sure to bring a camera if we can, and talk about ideas. Other times we bring almost finished tracks to each other, and then do the final 10 % together.

11. How do you manage decisions between four of you? Does it ever get heated?

We’ve known each other since we were kids – some of us as early as four years old, so we have a rapport together and rarely have strong disagreements. We have many moments where somebody makes a suggestion, and someone’ll say “I was just thinking that!”. If we disagree on something, we’re good compromisers. Kill your darlings, as they say.

12. You have been friends with the label Paper Recordings for a long time? How did you connect with this label?

We released a track called “Brødrene Hermanos” back in 2016 with another project called b0ka (a more pop oriented project of ours). Ben really loved it and wanted to release it on paper as part of a Paper compilation. We’ve been working with them ever since – they are a great bunch and they too love eclectic, leftfield and wonky club music.

13. ‘Tusen Takk’ is a firm favorite on the release. Talk us through the track and tell us how it was created?

Thank you. This track started out with Morten. He was sitting alone in own studio, around Easter, staring at Akerselva – the main river running through Oslo. Somehow that inspired him to do something continuously changing and flowy, and so he wrote all the parts that evening. Then Bjørnar heard it and felt it could use some vocals, so he recorded some vocal improvisation and chopped it up.

Then Endre got hold of the song and added the KLF-sounding synth-hook and other bits, and changed the order around a bit to make it work better for DJs, before Espen did the steel-guitar from some recordings he had from an earlier collaboration. It’s a bit more progressive and shifting than the other two tracks on the EP. That’s just one example of how we work..

14. Where should we listen to your new EP and what should we be drinking?

Spin it at the clubs, go outside for a hike with some nice headphones, take it home to your lover or enjoy it at a slick skybar by harassing the staff until they play it. We love the thought of people listening in different settings, and strive to make tracks that can work both as home-listening or at the club. As for your drinks, that’s for you to decide.

15. What other projects are Lakeshouse working on at the moment?

We are getting back to DJ-ing now that the pandemic’s fading out. For our next release we wanted to do something a bit different, so we got in touch with this girl we know who doesn’t usually sing, but she has a really cool attitude, and recorded some vocals with her. Those tracks will probably come out in 6 months-ish, unless we are distracted by something else, which happens a lot. We also did a couple remixes for a jazz-orchestra called OJKOS, and last we heard the tracks had been mastered so they should be out soon. Lindstrøm will also appear on that release, which is very cool. Oh, and Bjørnar did the score for a documentary, so as soon as Endre has done his mixing-thing that should come out pretty soon too, under his name, Bjørnar Sira.

There’s also a different project of ours, called b0ka. It’s more of an alternative pop, RnB and disco project. We just signed a record deal with Beatservice Records up in Tromsø, and singles for the album will start rolling out pretty soon. The album should be out next year.

16. What are your next ambitions as artists?

We wanna save up some money for renewing the electrical aggregate and wiring under our cabin so we can jam for hours without running out of power.

We’re also setting up Lakeshouse Live 2.0 – experimenting with a flexible live setup of different hardware and DJ-decks. We love The Avalanches and Daft Punk approach to DJing with stems of their own music, so we wanna try to give ourselves the flexibility to do mashups and remixes live.

17. When you guys are not making music, what does Lakeshouse like to do to relax?

We try to get out into nature as much as possible, even during winter. We have a mini book-club going right now where we’re reading Knausgård’s Ulvene i Evighetens Skog. Endre is currently playing Red Dead Redemption 2. Espen is about to play Breath of The Wild for the very first time.

Thank you for your time and giving me and the Dirty Disco readers this beautiful insight in your lives as artists.

It’s been a while since we’ve had the chance to catch up with Lakeshouse, the cosmic disco/house group from Norway. In this interview, they talk about their new EP, upcoming projects, and what they like to do when they’re not making music. As always, they are working on innovative new projects that push the boundaries of electronic music. We can’t wait to hear more from them in the future! 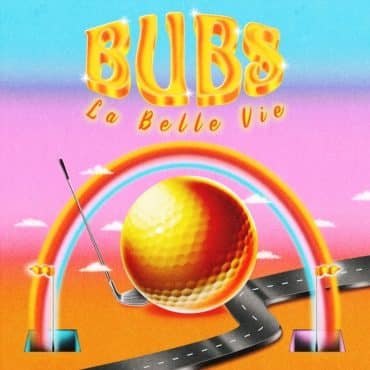 Bubs offers us ‘Belle Vie’, a colorful and groovy EP.

If you’ve attended any festivals in Europe this summer, chances are you would have come across Bubs – and for good reason. He played at the Delta Festival in Marseille, […]