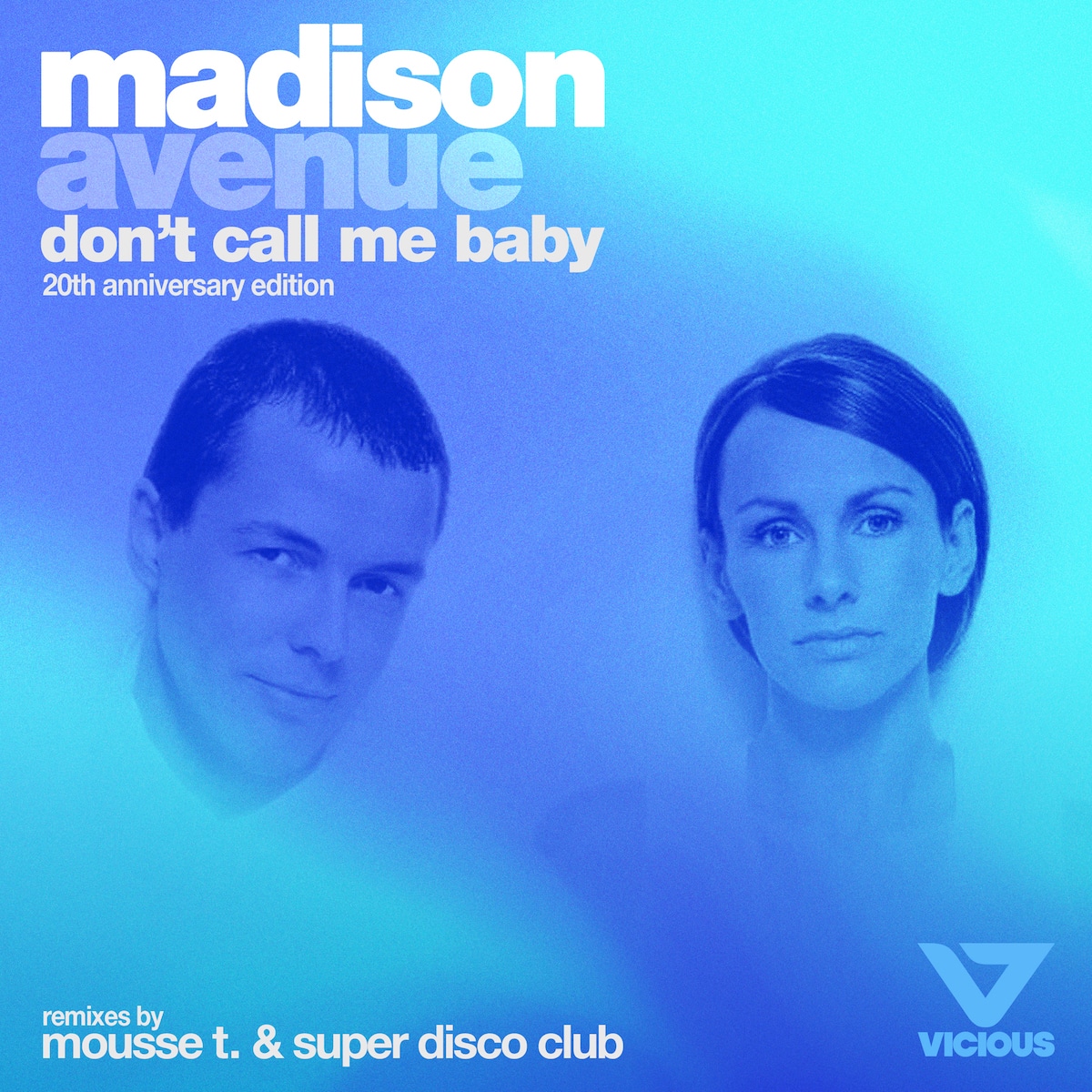 New music releases like this usually take care of two things here at the Dirty Disco office. Firstly a re-release of such a classic that topped the Billboards in 2000 including new remixes bring in a lot of good-vibes, positive feelings and memories. Second they do make me feel old at the same time, since Madison Avenue – Don’t Call Me Baby came out in the late 90’s, 1999 to be exactly when was just 19 year old youngman and was going out partying a lot.

With that being said you can imagine a bit of how i felt when i received the promo in my mail telling me about this 20th Anniversary Edition including the oh so dope Mousse T remix on the original who also happens to be a music legend that goes back a long time.

Now you can also understand that without a doubt i had to listen to the new remixes. This was a no brainer even though i receive a lot of music promos everyday that are really a waste of time. This release on Vicious Recordings is definitely not a waste of time as it does not only bring back good memories and even the original nowadays still gets played on lots of radio stations and events worldwide by many DJ’s. Which tell us that it’s a real dance classic that is being appreciated by young and old people everyday.

With this new music re-release and the brand new included Mouse T remix and Super Disco Club Remix (Which is Andy Van’s new moniker) on Don’t Call Me Baby. Takes it to new heights and a whole other dimension as you can imagine that Spotify didn’t even existed back in 1999. Even though the original is in many playlists i believe that especially the Mousse T remix will do very good.

You might have already heard the man himself playing it at Defected’s Glitterbox event in Ibiza this last summer. Something that producing DJ’s do a lot when they finish a track or remix in this case. Checking out how the people respond to it in an actual club. The Glitterbox event on Ibiza is more than a perfect place to test this with the right audience who still can remember the original classic being there.

Madison Avenue – Don’t Call Me Baby (Mousse T remix) got the full 2019 sound retouch with this dope remix. Mousse T is well known for his uplifting, energetic House Music as a producers as well as a DJ. He did a great job on remixing while he honored the original and created something new at the same time. Check out the teaser here.

Are they? Well i’m not sure but i can imagine that with the right amount of exposure and success on the 20th anniversary edition Madison Avenue might get a lot of new bookings again if they haven’t already. To be honest i did not followed them for a while when it comes to touring and on stage performing. But it’s clear that Andy Van has been very busy all those years in making new music, scouting other talents and performing as one of Australia’s finest DJ’s.

With that all being said i would like to congratulate Madison Avenue’s producer Andy Van, singer songwriter: Cheyne Coates who is known for her beautiful vocals on the track. Of course the label Vicious Records and Mousse T for making an awesome 2019 remix of the original classic.

The release date is set for the 15th of november 2019. The 20th Anniversary release will be released on Vicious Records and available on Spotify and Soundcloud. 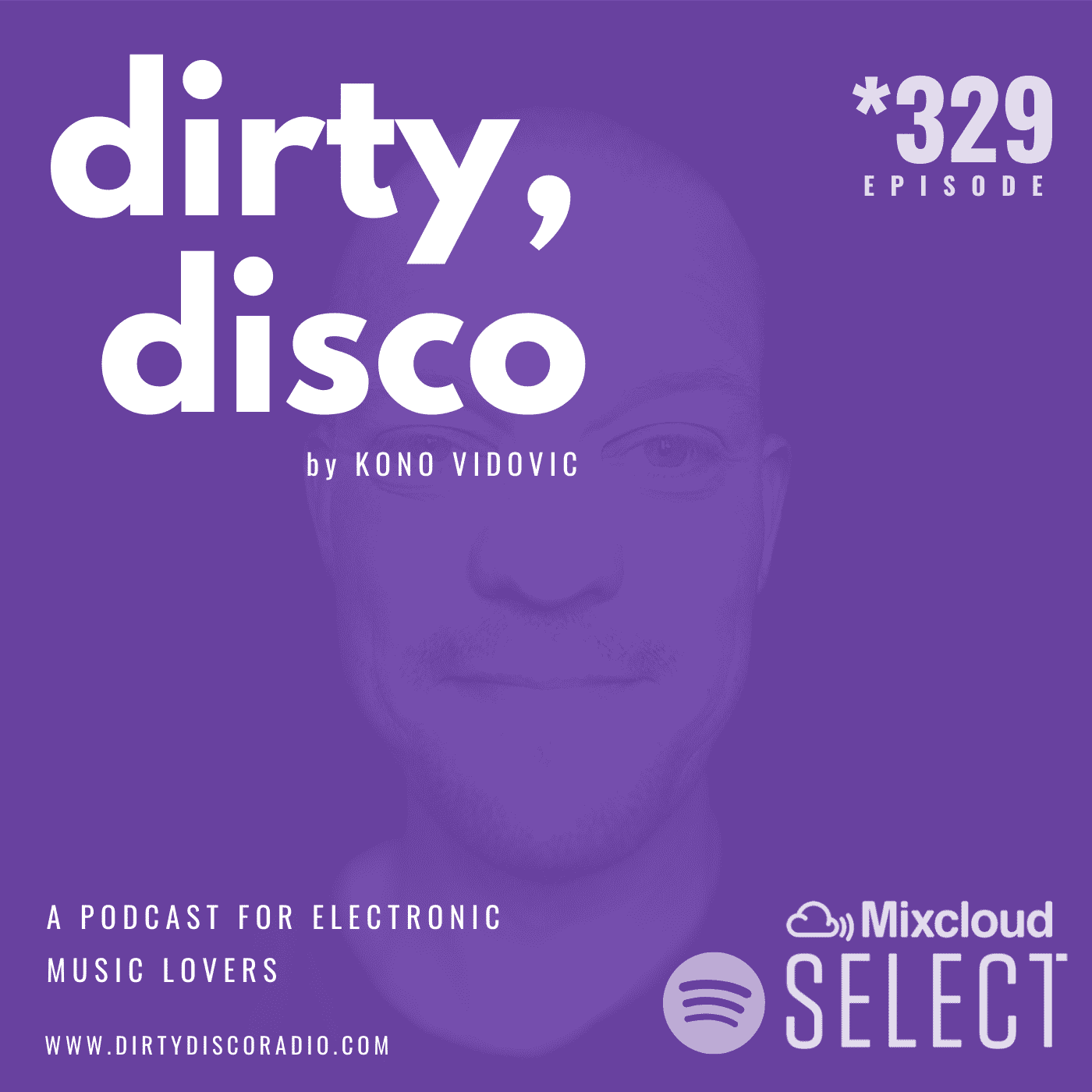 Welcome to this weeks blog with show notes on this week’s electronic music podcast #329. Time flies and sometimes i wish i could do more with the music that i […]