After showcasing the Deep House talent blaqkongo with a free Dirty Disco exclusive in this music review. I now find it a good time to inspire you with a new revisioned take on presumably ‘one of the’ greatest House Classics all time by Chicago House music legend Marshall Jefferson. In this review we are looking at the origins and the actual remix on Marshall Jefferson – Move Your Body (Dormidontov & Newzs Remix).

Another proof that ‘House’-music is borderless and the only real language we all understand and can spread love through.

Who is Marshall Jefferson?

Marshall Jefferson (born in Illinois, Chicago in 1959) is seen as one of the Chicago House Music pioneers from the 80’s when he created a few of today’s classic House anthems such as the from 1986 ‘Move Your Body’. And also known as one of the founders of ‘Open House Recordings’ Occasionally he is being referred to as the father of House Music.

Through his musical career Marshall Jefferson created an impressive act of duty in the electronic music scene. Not only working with a few of the greatest names in the industry, i.e. Frankie Knuckles the godfather of House and others that you can hear in this House Classics special. Being responsible for many dance anthems and chart breakers he released on several established recording labels. He also worked under many different aliases like “Ten City” and a bunch lesser known, which makes it assumable that you have danced to his music without ever knowing it was Marshall Jefferson.

You can book or find out more there is to know about Marshall Jefferson here at his booking agent MN2S.

The now known as a real House Classic “Move Your Body” from Marshall Jefferson was originally recorded in 1986 on his: The House Music Anthem 12” EP and released on Larry Sherman’s label “Trax Records”. A cool fact about the track is that it was the first House track ever using a Piano. And that it was used in the videogame GTA – San Andreas, playing in the in-game house music radio station SF-UR.

Initially the 12” was first released in white sleeves and later distributions were released in sleeves with the Trax Records logo. From this issue you can find different colored labels in red, black and green. According to Discogs there are also copies that include the same side center labels on both sides.

Singer vocals and mixing and mastering.

Before we take a listen to the original and there after the Dormidontov & Newzs remix on the anthem let’s give some credits to the included vocalist and mixer / masterer. It’s another great name from this pre-era in House music. Ron Hardy studio mixed the EP for Marshall. You might want to know who the singer is on this classic recording. On the vocals, the guy responsible for one of the, if not the most famous House Music Vocals is Curtis McClain.

Listen to the original with this YouTube video below before we jump to the remix.

The last time i reviewed a track from Newzs was back in March. Which was a Funky House free download here. In the years after the original release and especially when music got digitalized and a revolution in producing music on computers started. Many remixes on Move Your Body passed the revue. With some being less and some very successful such as the retake Marshall did with Solardo in 2019 on Ultra Records.

A Russian remix on a American, Chicago House Classic.

One of the most recent remixes that is worth listening to is coming from Russia. Another proof that ‘House’-music is borderless and the only real language we all understand and can spread love through. Marshall Jefferson – Move Your Body (Dormidontov & Newzs Remix) is not only a very decent take on the original keeping the most important elements and vibe in place to respect it’s original. But its also up to grab for free as a free download and therefore listed this week by me as the Dirty Disco weekly free download.

When we listen to the Dormidontov & Newzs remix and compare it to the original you can tell that the remixers wanted to pay respects to the original creator while putting it in a modern 2020 jacket. Remixing House music classics that have the size like this is a very delicate process.

Keeping important elements of a classic in place.

Russian DJ’s and producers Dormidontov and Newzs managed to do a very good job on keeping the most important elements of the original in place while making it an perfect 2020 remix version.

It still has that classic sound and feels like an anthem where i can hopefully rave again on soon on a festival somewhere on the globe. Or even better play this one in front of a crowd in my DJ sets. Nevertheless until that time i will play it in my upcoming Dirty Disco electronic music shows.

Noticeable changes from the original.

The most important noticeable changes are the new designed beat and rhythm with classic percussion elements where you’ll find references the the original in. The vocal is still in place and hearable through the entire song but arranged differently to make it fit the modern days of dance music.

a dope evolving synth sound. That opens up and closes down through the track, creating different layers of energy which give the track a new dimension while it pays respect to the original.

The best part that makes it a modern well crafted 2020 remix.

The one thing remixers Dormidontov and Newzs completely changed is the piano chord from the classic. Where in the classic it’s a piano chord that remains the same through the track. In the revisioned 2020 version they changed it to a dope evolving synth sound. That opens up and closes down through the track, creating different layers of energy which give the track a new dimension while it pays respect to the original.

To download Marshall Jefferson – Move Your Body (Dormidontov & Newzs Remix) all you have to do is fill in your email address in the box below. So that i can send you a free download every week straight into your inbox. After leaving you address and pressing subscribe a link will appear enabling you to download this dope remix for free. 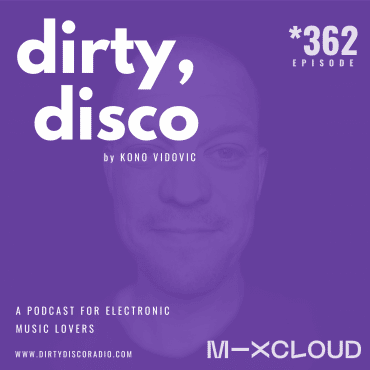