We get to enjoy another summery collection of gems from Nu Genea, a Neapolitan duo who dropped an album with afrobeat drummer Tony Allen in 2016. This was followed two years later by a “solo album,” Nuova Napoli. Now, another four years later, there is Bar Mediterraneo. The first single from it, “Marechià”, was among our favorite songs of 2021 and is doing better in terms of streams than the Nuova Napoli songs (except for one). With a second equivalent single “Tienaté”, our expectations were secretly quite high.

Nu Genea packs those two singles with six other songs into a summery and surprising story, told in all kinds of Mediterranean languages. The surprising part is in the typical Nu Genea sound: the Neapolitan duo mixes – then in a studio in Berlin – world music with funk and dance. The effect of Bar Mediterraneo is an imaginary half-hour on the Italian Amalfi coast in a non-existent era.

The record opens with the title track. We hear danceable drums and an echoing guitar reminiscent of a marimba from The Little Mermaid. The instruments are soon joined by low synth notes and this feels a bit random at first, to the point where the song fills in more and more with djembés and geneurie, and then we accept: anything goes here. We quietly step out of the sea and pull up to the beach bar, ready to explore more.

More funk and danceability follows, making it clear that sitting still is no longer an option. “Tienaté” in particular calls us to the dance floor thanks to its fast pace and Fabiana Martone’s enthusiastic notes in Neapolitan dialect. This could go in a summer DJ set. We hear a piano and a synthesizer at the same time: a clear representation of the mix between authentic and contemporary. A short repeated string part at the end does sound slightly disturbing, as if the more classical instruments were played in rather casually. We want to believe, in itself, that that should just clarify the authentic atmosphere.

Few beats, but there is a pamflute on “Gelbi” and that continues to encourage movement. “Marechià” in turn creates a romantic atmosphere thanks to a French polyphony and thus invites us to have a snack and a drink at the bar – albeit with our knees still slightly bent one by one. It is the perfect representative of the overall atmosphere of Bar Mediterraneo: nostalgic and yet refreshing.

On “Straniero” Balthazar-/Jungle-like background chants pass by and at the beginning of “Vesuvio” we effectively imagine ourselves in a jungle, where soon a school choir comes to cheer things up, as if that was still needed. You listen to this album spontaneously with a smile, although it’s not just because of the summery music. Often it is the synths that make the corners of our mouths curl in amazement when they unexpectedly, sometimes even eighties-like, appear. And then we smile again when we realize that the whole thing finally falls into place.

From the sea to the beach bar and back.

The last songs of the record are less surprising and mostly allow for some dancing out. On the loungy closing number “La Crisi,” for example, we pull back to our beach chair to puff out. Oh yes, that beach chair can also just be located on some gray clinkers, a long way north of the Amalfi Coast, because with the upcoming temperatures, Bar Mediterraneo is not out of place even in the Low Countries.

The multitude of diverse instruments and voices on Bar Mediterraneo takes some getting used to at times, but eventually hits so hard that sitting still is not an option, whether the rhythm is high or low. It’s hard to describe which genre lovers we can recommend this album to, but we’re just knocking off anyone who loves summer vibes. Or as Nu Genea himself puts it in his Instagram biography: ‘NG-vibes’. With that Italian hand gesture. 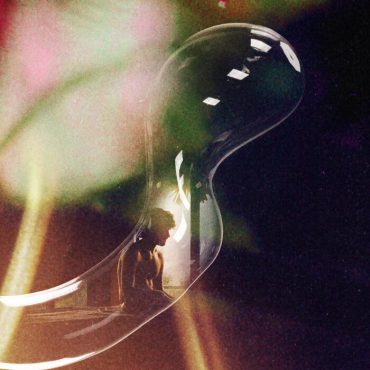