It’s finally here! ODESZA has just released their new and 4th album, ‘The Last Goodbye’. This long awaited album has been 5 years in the making, and features singles like “The Last Goodbye” and “Light Of Day”. The duo has already garnered critical acclaim for their music, with nominations from the Grammy’s and other music awards. If you’re a fan of electronic music, then you won’t want to miss this album!

A trip down memory lane.

The duo’s new album ‘The Last Goodbye’ is a touching exploration of what it means to have memories and connections with those around us. The record includes contributions from various artists such as Julianna Barwick, Izzy Bizu , Charlie Houston among others who help reflect on the impact each person has in their life through different sounds that were sampled throughout its creation process, including childhood videos shot by members themselves!

About the album, the duo says, “After 5 years later, we can finally share The Last Goodbye with our fans. The album is all about the power of connection. While writing it, we began to realize how we were inspired by the people around us. ‘The Last Goodbye’ is about returning to each other. It’s meant to be experienced together, with friends, dancing and feeling connected after being apart for so much time.”

The duo has now been atop the charts for five billion streams. Their latest album, A Moment Apart went gold and debuted at #3 on Billboard 200 – not only that but it received rave reviews from publications like NPR who said “the music is headphone perfection.”

It’s clear why these electronic artists are so popular: their sound truly embodies what people love about tunes today while still managing to bring something new with every release!

Live performances and a large fanbase.

With their breathtaking and overwhelming live performances, ODESZA has built a large fan base that previously reached 2.8 million people during tour dates in 2018 alone! The duo headlined at Coachella alongside other prestigious festivals like Lollapalooza or TV show Jimmy Kimmel Live!. They also performed for concert goers when they played atop the Conan showroom floor, and not just once but multiple times across different states throughout America while launching their own music festival called Sundara which took place at Mexico’s Riviera Maya.

Hopefully this is not their last goodbye and the duo keeps producing these quality electronica tunes like they have been doing. The Last Goodbye was released on the 22nd of July on Ninja Tune and includes 13 new tunes . It’s available on all music platforms and formats including vinyl, so go check it out! And if you get a chance to see them live, don’t miss it! It’s an experience you won’t forget.

What are your thoughts on ODESZA’s new album? Let us know in the comments below! 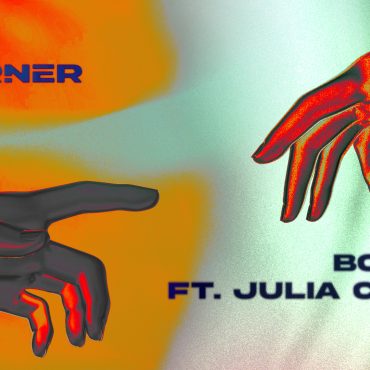 Joe Turner & Julia Church – Borders is an emotive progressive house single that will take your breath away. Featuring gorgeous vocals and a melodic chord sequence, this track is […]