Ron Trent interlaces classic house with jazz rock and “real” instrumentation on What Do the Stars Say to You. Ron Trent is a house music legend, and at only 49 years old, he’s still ahead of the curve. His new album, What Do the Stars Say to You, reaches back to a more recent past, utilizing real instruments instead of the drum machines he’s known for. The result is a smooth, easy-listening album with a hint of Latin flavor.

The opening track sets the tone for the rest of the album, with its waves of relaxation and civilized percussion. Throughout the album, Trent gives a soloing jazz guitar more attention than the keyboard in the background, which creates a cohesive and enjoyable experience for the listener. If you’re a fan of house music or looking for something new to try out, be sure to check out What Do the Stars Say to You by Ron Trent.

Ron Trent – What Do The Stars Say To You.

The house music scene is always evolving, and there are always new and exciting collaborations to check out. In the song Sphere, Trent contrasts synthesizers from the Tangerine Dream school of house with the howling electric violin of French jazz great Jean-Luc Ponty. And the funky samba jazz number Melt into You features Brazilian bassist Alex Malheiros of the fusion band Azymuth. The tracks sometimes go on a bit too long and linger in the jam session atmosphere, but the subtle intertwining of classic house with bygone jazz rock is well worth a listen. So if you’re looking for something new to add to your house music playlist, be sure to check out these latest tunes.

Who is Ron Trent?

Ron Trent is a house music legend and producer who has been making music for far over two decades. He is known for his unique style of interweaving classic house with jazz rock and “real” instrumentation. He has released several albums, including his most recent: What Do the Stars Say to You, Primitive Arts, and Raw Footage. And known for his classic ‘Altered States’ from 1990. He also runs multiple record labels like: Prescription, Future Vision, Electric Blue en Music And Power. Trent is 49 years old and originally from Chicago, Illinois. 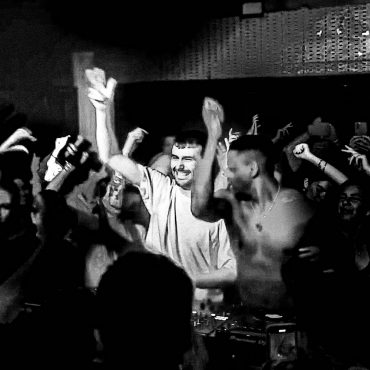 It’s not often that DJs have an interesting concept hidden in their music, but with Fred again.. it’s different. The British DJ and producer encounters music everywhere in his daily […]