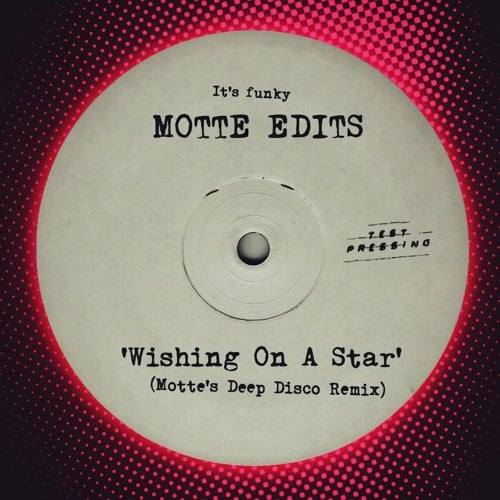 Rose Royce’s Wishing on a Star is not just only a all-time classic soul ballad. It probably belongs somewhere in a list with most covered and remixed tracks by other artists, if there even is such a list. One of the most recent (unofficial) remixes these days comes from the Austria based DJ and producer Motte. We are not only reviewing his version of Rose Royce – Wishing on a Star (Motte’s Deep Disco Remix). But you are also able to download this dope quality remix for free, so without further ado let’s read on.

The original version by Rose Royce.

The original version of Wishing on a Star was released in 1978 by Rose Royce on their Full Bloom album. The track was originally written by Billie Rae Calvin and produced by Norman Whitfield, finally Gwen Dickey sung the track about a woman looking forward to an ex-lover to continue their love relationship. Gwen Dickey also sung Rose Royce – Love Don’t Live Here Anymore which i def one of my fav soul ballads from the group.

Covers and remixes on Wishing on a Star.

After the track became an instant soul classic and peaked high in many charts around the globe as it also peaked at spot 52 in the Billboard R&B singles chart. After the original release many cover versions were made by some of the biggest and greatest artists we know today. Among these artists are Randy Crawford who in covered the track in 1998 on her album ‘Every Kind Of Mood: Randy, Randi, Randee’ and got remixed in to a successful House music track by Mousse T. that became a top 20 dance hit in the USA.

Seal, Beyonce & Jay-Z among many others.

Other artists that covered the original version are Seal in 2011. Beyonce in 2004, and her husband Jay-Z who did a rap version of the track featuring the original singer Gwen Dickey in 1998. The music for this rap remix was produced by the Trackmasters who also did another remix on Wishing on a Star, next to D Influence which are both on the CD and Vinyl releases at that time. On this page from Wikipedia which we used as the source you can find even more information about other covers by more artists.

To make it a good remix that respects the original, your version must retain the original vibe of the track paying respect to the original vocals and passion an artist have put in to the music.

Nowadays when you search online for remixes on Rose Royce – Wishing on a Star, you will notice that there are many well-known and unknown artists who did a remix on the original. With most of them coming from the electronic music spectrum, some are well crafted and a lot are not from high quality or remixed on an original way.

When it comes to classics like this. There is an unwritten rule among remixers. Whether you have the remix rights or not. To make it a good remix that respects the original, your version must retain the original vibe of the track paying respect to the original vocals and passion an artist have put in to the music.

This is where goosebumps start to appear and you know that this will be a very well crafted downtempo remix of Wishing on a Star.

If you frequently tune in to my music shows you know that we play a lot of Deep Disco. Therefore it’s of no surprise that this track by Motte is a perfect fit for our music blog and podcast. To prove i’m all about Deep Disco you can easily do a search on my website for Deep Disco to see in how many music show podcasts i have used the ‘Deep Disco’ term. Recently i have even dropped an extended Best of Deep Disco House Mix Session on my YouTube channel.

Back to dope well crafted remix versions of the tracks. Which clearly brings us to the most recent one: Rose Royce – Wishing on a Star (Motte’s Deep Disco Remix) We can say that this is a very well crafted version that pays respect to the original. Just like Motte did in his remix on Keni Burke – Risin’ To The Top which you can also grab for free. Let’s take a listen and analyze the track a bit before we head over to this week’s free music giveaway.

The full length of Motte’s version is 7:32, sits at 103 BPM and starts with a proper build up intro that makes it very accessible to use in your DJ set. The track has an overall downtempo breathe that makes it easy to listen to, while you groove to it. It’s also perfect for any downtempo Deep Disco DJ Mix to build up the groove slowly but steady into something with i higher BPM.

The track’s build up includes a solid 4×4 groove, a kick, heavy clap, closed hi-hats, a rising hat and a crash cymbal before the deep disco chords start to play together with a subby bass. As soon as the deep piano chords enter the arrangement, they will slowly open up alongside a high pad sound to make room for the first break where we will hear the original vocal sampled for the first time.

This is where goosebumps will appear.

This is where goosebumps start to appear and you know that this will be a very well crafted downtempo remix of Wishing on a Star. The first vocal line includes the easy going lyrics ‘I’m wishing on a star to follow where you are. I’m wishing on a dream to follow what it means’. Boom! from here the kick comes back in and the groove is set on!

The overall feeling on this remix by the Austrian based producer Motte is very solid. When we listen to the rest of the track a few other elements come in and you can witness a very dynamic play of the arrangement alternated with the original vocals from Gwen Dickey. A perfect very well done remix if you ask me. Therefore i’m very happy to write you this review and on our music blog and offer the free download here. Remember to support the artist and spread the love if you like this track as much as i do. 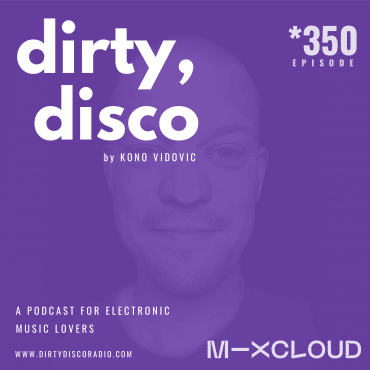