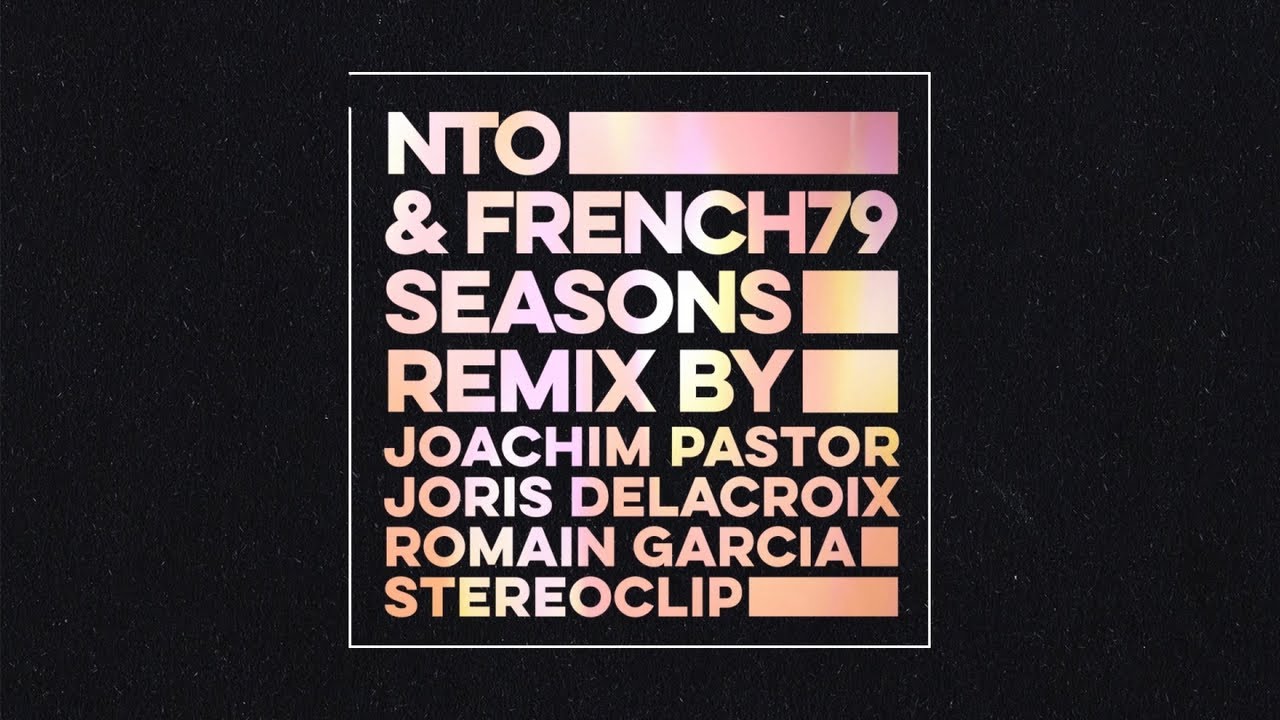 On one side there was the original of Season. A dope collaboration between two producers of the South of France, NTO and French 79. Introduced on the album “Apnea” released last fall, the official video has just been released. The original track already stood out enough by its very melancholic and mesmerizing aspect, while offering a dancing beat and a crunchy bassline!

To mark the release of Seasons, the buddies of NTO aka Joachim Pastor, Joris Delacroix, Stereoclip and Romain Garcia, united by the same artist agency “Wart” which also rosters NTO, met in the studio to propose a new vision of the track. The opportunity to unite these artists that we often find on tour all together! While keeping the original harmonic progression, place to a ternary rhythm this time, some more synthetic and saturated arpeggiators and darker atmospheres.

A beautiful collaboration and a beautiful future for the French artists of this melodic techno / melodic house scene in full rise!

Who is Joachim Pastor?

Joachim Pastor is a French DJ and producer. His style is a mix of deep house, tech house and techno. He has released several EPs and singles, both on his own and on other labels.

Who is Joris DelaCroix?

Joris Delacroix is a French electronic music producer and DJ. He is known for his 2013 single “Air France” which peaked at number one on the Beatport charts. His style has been described as progressive house, electro house and deep house.

He is a rising star, singer and songwriter of the Belgian electro scene who crafts captivating melodies and bewitching rhythms. His music takes us on an earsical journey through his futuristic world where he makes us discover new things with every listen or video watched.

Who is Romain Garcia?

Roman Garcia is a Paris born but of Spanish origin electronic music producer and DJ. His style has been described as techno and house. He has released several EPs and singles, both on his own and on other labels. One of his latest successes is his Before You Go EP on AnjunaDeep. The “Palaces” Remixes: Flume’s Newest Album Gets the Royal Treatment.

Electronic music superstar Flume has recently released his new album Palaces here, and it’s already receiving the royal treatment. Remixes of some of the tracks on the album have been […]