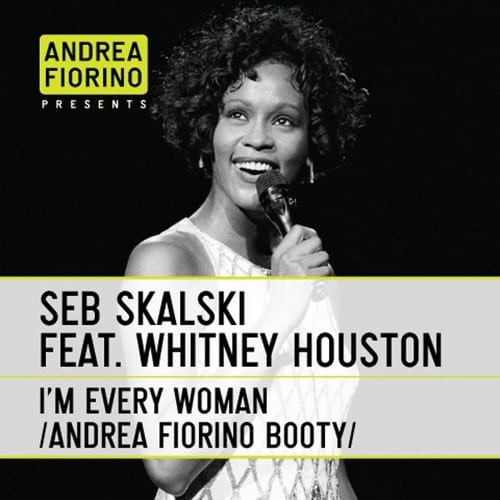 If you love rare unique bootleg remixes of tracks that already have a big status of being very important and of a big influence for the music scene, this one’s for you! Seb Skalski Ft Whitney Houston – I’m Every Woman in the Andrea Fiorino bootleg remix is a very well done remix of this popular 90’s dance classic track by one of the greatest female singers ever lived.

Who is Whitney Houston?

Before we check out the bootleg remix which you can download for free, let’s talk about the artists behind the track first starting out with the original singer of the track Whitney Houston.

Depending on when you were born and how deep your love for music is and how far your musical knowledge goes. The chance you know who the late Whitney Houston is, is pretty big.

Whitney Elizabeth Houston was born in 1963 and unfortunately died in 2012 at the age of 48 because of an possible overdose in drugs. The biggest part of her life she was active as an singer / songwriter and actress with superstar status and responsible for many of the greatest tracks ever. And according to Guinness World Records she won the most prices ever as a female artist and is one of the best selling artists ever with more than 200 million sold records.

Whitney Houston’s – I’m Every Woman is actually a cover. The original performance is by Chaka Khan and the track is originally written and composed by Ashford & Simpson (Nickolas Ashford & Valerie Simpson). Chaka Khan made this her debut single in 1978 and gained a lot of traction with it making it an instant classic and. A fun fact about this is that at that time Whitney Houston (who just started her career) was one of the background singers in the track.

A fun fact is that in the version done by Whitney Houston, Chaka Khan is doing the background vocals.

In 1992 Whitney Houston had her film / movie debut starring as an actrice next to movie superstar Kevin Costner in the movie ”The Bodyguard”. For that movie she actually recorded a couple of songs as the official soundtrack like I Will Always Love You (Originally by Dolly Parton) and the track I’m Every Woman (from Chaka Khan).

These and many other songs were very much appreciated and the soundtrack album from The Bodyguard sold over 42 million copies worldwide. With many of the tracks charting high in the charts, some of them were a bigger success than the original versions of the tracks. One of these very successful tracks is I’m Every Woman and a fun fact is that in the version done by Whitney Houston, Chaka Khan is doing the background vocals.

Who are Seb Skalski & Andrea Fiorino?

Back to the now and here as we are looking at the bootleg remix these two guys did on the insanely popular dance track from the 90’s. Who are Seb Skalski and Andrea Fiorino? Clearly they are very far away from that same superstar status Whitney Houston has. But they did a very great job on remixing it into a very dope Nu Disco kind of House music track.

Seb Skalski (Deeplomatik) is a Polish DJ and producer from Warsaw, who has been releasing music on well established house music labels such like: Salted Music, Purple Music & Simma Black to just name a few. He already did some great work on remixing tracks for Miguel Migs, Lisa Millet and DJ Meme. He studied on the Red Bull Music Academy and became a Burn Residency Ibiza finalist in 2017.

The other DJ and producer who is responsible for this great bootleg is Andrea Fiorino from Brno in the Czech Republic. Andrea who was born in 1979 gained popularity in the music scene with his radio show master mixes and the many mashups he created through the years with many of them being played by bigger names from the scene like: Frankie Knuckles and Grant Nelson.

Listen to his music on Soundcloud

Now that you know a few important details about the people behind this week’s free download. Let’s take a listen and look at the actual bootleg remix. By the way last week we offered another house music bootleg on Marcos Valle – Estrelar produced by Newzs.

Seb Skalski Ft Whitney Houston – I’m Every Woman (Andrea Fiorino Can Cast A Spell Booty) falls in the Nu Disco / Funky House category. The track directly starts out with a groovy and very danceable rhythm. A steady kick drum, snare along with a nice set of percussion that includes hats and bongo’s that together with a slightly off beat setting create a lot of groove.

And that what the f*** goosebumps moment is born.

Not long after the first few bars a piano chord and a solid but very recognizable Nu Disco bassline enters the arrangement. Making you ready for the first few lines of vocals. So far there are no hints or clues that you are about to witness a very dope and from high quality remix on one of the most popular tracks by Whitney Houston.

As soon as the vocal comes in all of this changes and that what the f*** goosebumps moment is born. But that’s far away from all, the vocals does not only give you that melancholic feeling and takes you back to moments when you heard the original playing, or makes your remember how beautiful Whitney’s voice is.

Even though the track is a remix / bootleg the only thing Seb and Andrea used from the original is the acapella from the vocal. A very dope saxophone melody is accompanied the vocal together with the piano chords and other parts.

Slowly but steady the track’s energy continues to rise along the way and take you into higher levels of dancing and having fun on the dance floor.

Even though the track is very suitable for in DJ sets, because of the intro build up and outro beats. And the big amount of groove that make it perfect to dance to and use in funky house sets. It’s also perfect to listen to as a music lover.

Just list the track somewhere in your funky house playlist and you are all set to go do some gymnastics, sporting like running or having it playing for some great party moods at home. Alternatively you can tune in to (forthcoming) episode #347 to hear me play it in my weekly music podcast.

The best part of all is that you can grab this track completely for free as a free music download here below. Just fill in your email and name, click subscribe and you will see the link appear, click it to download the track.

From here you are signed up for our weekly newsletter that use to send you a weekly free download straight to your inbox (no spam and no sharing with other parties). Feel free to share this music review and free download with your friends, colleagues and family. 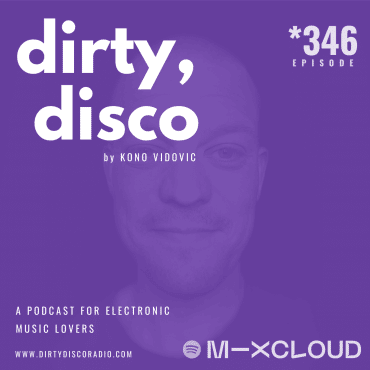