It’s been a while since we’ve heard anything from Buy Now, but Sebastian Ingrosso and Steve Angello have just released a new single under the alias. Titled “Church” and featuring PARISI, the two tracks are part of a recent revival for the project that last put out music in 2008. This isn’t the only thing that Swedish House Mafia has been up to lately though they also released a joint single with The Weeknd called “Avatar: The Way Of Water” last month.

Buy Now has been on the brink of a revival since 2022 and now it’s official, with their latest single release featuring Italian duo PARISI on the title track and ‘Speak Up’. Their most recent single prior to this was ‘Let You Do This’ earlier in September 2022 with Salvatore Ganacci. It’s been 14 years since their last single ‘Body Crash’, but this new release marks the return of their signature ‘Buy Now’ sound combined with the captivating rhythms from PARISI. Get ready for an exciting musical journey with Buy Now!

Buy Now is a Swedish production duo composed of Sebastian Ingrosso and Steve Angello. They first emerged on the scene in 2003 with their debut single “Body Crash”. Since then, they’ve gone on to become one of the most influential and recognizable names in the EDM and house music industry. The duo have produced some of their genre’s biggest hits ever, such as “Save The World”, “Calling (Lose My Mind)”, and “Don’t You Worry Child”.

Their return to the scene with their latest single is sure to be welcomed by many longtime fans of the duo. After years of anticipation, “Church” and “Speak Up” show that Buy Now is back and better than ever, with a sound that draws from both classic house music and modern EDM. The title track features PARISI’s signature vocal style, and it’s sure to be a crowd-favorite for many years to come. With “Church” being the first taste of new music from Buy Now in over a decade, it looks like they’re ready to make their triumphant return!

Are you excited for the latest single from Buy Now? Let us know in the comments below! 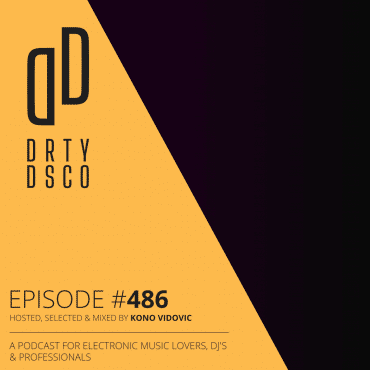 Unlock the Groove: Episode 486 of the First Dirty Disco Podcast in 2023!

Get ready to unlock the groove! Join us in episode 486 of the first Dirty Disco Podcast in 2023 for a journey fusing together new, modern and classic dance music […]