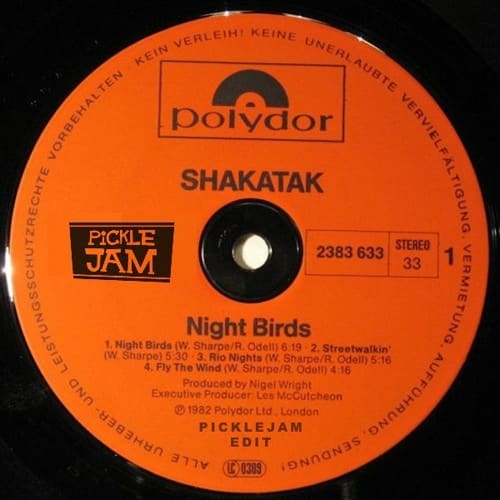 Summer is on it’s way which makes this a perfect time to present to you this week’s free track which is a beautiful summer groove jam and edit by producer Picklejam on the 1982 disco hit Shakatak – Night Birds.

Before we ‘jump to it’ which is also a disco belter from 1982 by Aretha Franklin let’s first look at the people behind the music starting with the most recent and youngest one ‘Picklejam’.

I like you to get to know the people behind the music a little bit better so our weekly free download is not just about free music but also a tiny bit of back story on the music. This way we can provide a platform for the lovers and creators of music.

Today’s free download edit on Shakatak – Night Birds comes from the hands of musician, DJ and producer Picklejam from Leeds, the UK. Picklejam is also the co-founder of music diggin’ channel Paradise Discs, where i found this beauty.

He came at a turning point in his music career where he created his own recognizable sound focussing on styles like Nu, Italo, Synthwave and Cosmic Disco.

Next to co-founding he is also the self proclaimed resident remixer / music creator releasing a bunch of dope remixes and other releases on music labels like Hot Digits and Particle Zoo Recordings.

Picklejam’s musical journey started in 2011 after he moved to Leeds and starting an education to get a certificate in music producing. After he changed his music production preference from tech-house and got introduced to the Disco house styles he came at a turning point in his music career where he created his own recognizable sound focussing on styles like Nu, Italo, Synthwave and Cosmic Disco.

Let’s see if i can give you some insights on the original before we listen to the Picklejam edit on Shakatak – Night Birds.

Night Birds was also the name of the second album by Shakatak, released in 1982 on the German British record label Polydor. With the Night Birds album Shakatak well established their jazz-funk trademark sound in that period, and reached the number 9 spot in the charts with the main title track from the album ‘Night Birds’ in that very same year.

Now let’s listen and analyze Picklejam’s edit on this already beautiful original from Shakatak. For me as a DJ and real big music lover it’s important that when a remix or edit is made the original must be respected. Even though everybody understands this in different ways, let me explain what this means for me.

Adding high quality value from your own is the next step while you maintain the overall quality.

Taking a classic and transforming it into a modern piece of music must be done carefully and with respect to the original creators. Which in my opinion means leaving the most important elements that define the sound of the band and the track style in place. Adding high quality value from your own is the next step while you maintain the overall quality.

Next to this the track needs to be useful in nowadays situations. For example if it’s a crappy remix or edit, i rather play the original because of the load and emotions it can offset with people. If your remix can to this, you are on the right track.

Picklejam did just that. He took the original, reshaped it into a well workable modern Disco groove suitable for dance floors and in DJ sets all over the world. While maintaining the most important elements and structure form the original Shakatak – Night Birds classic.

My conclusion on this dope remix edit.

This track really gives me that happy summer feeling. A vibe to go outside and celebrate summer my family and friends, having a nice gathering of people, playing music in front of them on a sunny day. Oh wow i can’t wait for those days to come back when everything turns back to normal again.

Now that we talked about Picklejam’s roundabouts. We learned about the original from Shakatak way back in 1882. We enjoyed listening and analyzed Picklejam’s edit it’s time to download it to our own devices and use it as we please. You may be a DJ and want to use it in your DJ sets to upload on Mixcloud, Soundcloud or any other platform.

You might just grab it and put it on your MP3 player for listening pleasure. Or even play it in your radio music show like i will do here at Dirty Disco. You can easily grab the free download on Shakatak – Night Birds (Picklejam Edit) right here below. All you have to do is to fill in your e-mail so i can drop you a freebie like this every week straight in your inbox. And you’ll be presented a download link. Enjoy the music. 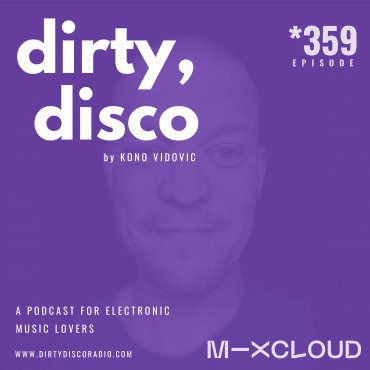