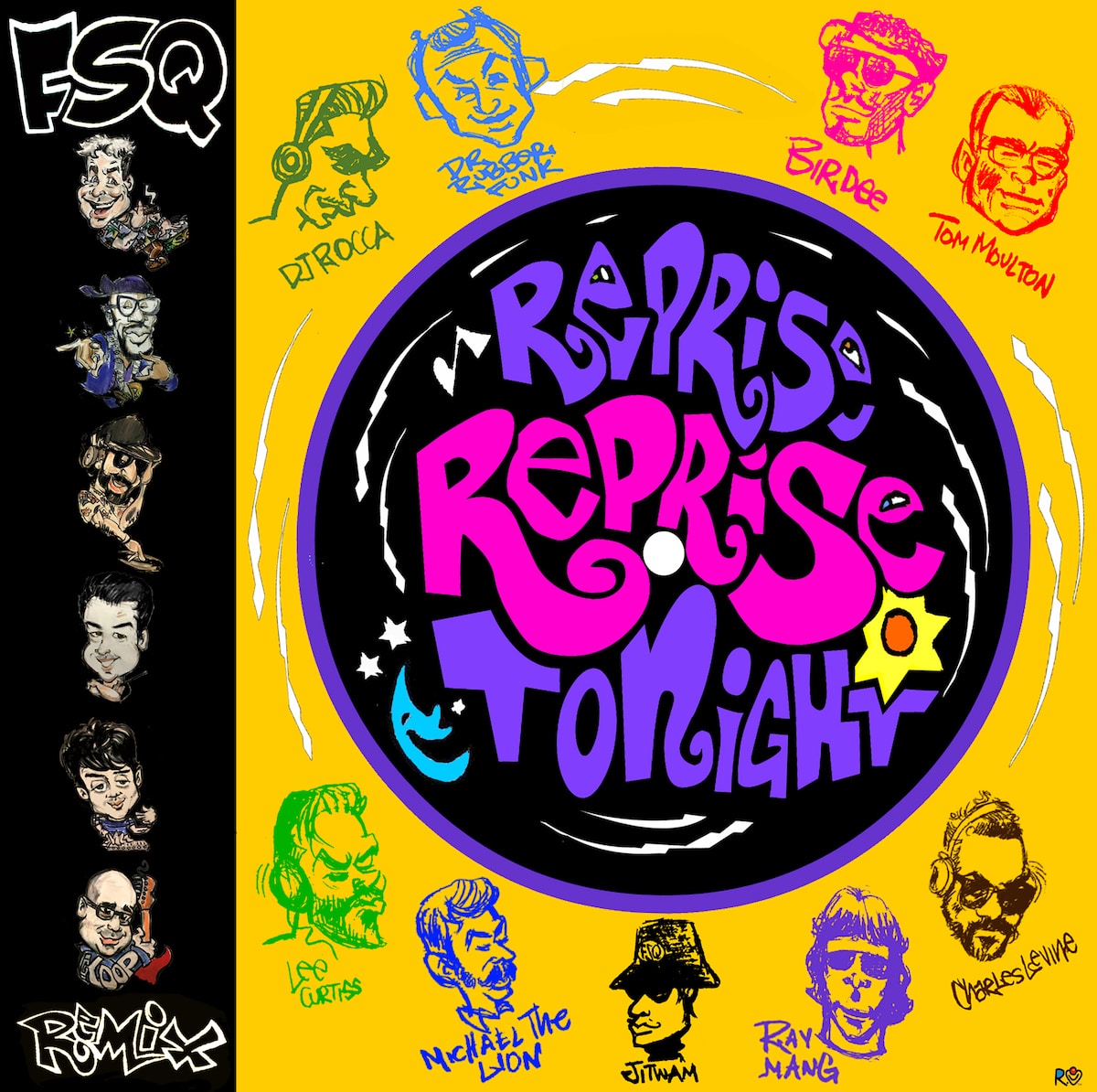 The name FSQ is an acronym for “Funk Style Quality,” which is the trio of elements that define the sound of FSQ. Sa’D “The Hourchild” Ali, G Koop (George Clinton’s production assistant), Chas Bronz (Bostonian and friend of Soul Clap Records) and One Era are all members of the production staff at FSQ, led by Chuck “Da Fonk” Fishman. The name comes from a combination of three things: funk style, quality, and quantity. It is named after the term “funk style quality,” which means high-quality funk. The band’s debut long album, Reprise Reprise Tonight, was released in 2020 with an all-star cast of funk legends: George Clinton & Parliament-Funkadelic, Nona Hendryx, Fonda Rae, Denise King, and Dolette McDonald.

The project was conceived by two of Soul Clap Records’ most important creators: Chuck “The Fonk” Fishman and Sa’d “The Hourchild” Ali (RIP). The main idea for the story follows someone who has one last chance to have the greatest party of their life! Nowadays at Soul Clap Records we proudly present the remixes.

The king of Nu disco Ray Mang, and his Reprise Tonight (Second Time Around Dub), open the album. The music is faster, with a timbale-tinged remix led by the vocals of Philadelphia’s disco and jazz chanteuse Denise King. Early in the production process, Michael The Lion worked on reworks of Reprise Tonight and Vibe Out Now, both of which increase the energy by adding an early 90s piano house touch to extend the original into a sleazy after-hours disco-house song.

From the very beginning, Sa’d The Hourchild Ali let Tom Moulton listen to some of his new tracks. Moulton mixed “Vibe Out” Now and “The Infinite Reprise” shortly afterwards. His goal was to make these songs more refined than before so he got rid of anything that wasn’t necessary or melodic. In other words, less is more.

Birdee takes listeners on a new musical journey with their Nu-disco version of Dancefloor Democracy.Funkadelic fans will appreciate Dr Rubberfunk’s mix of the same song, which captures the heart and soul of FSQ’s G Koop’s in Oakland California sessions where Funkadelic Billy Bass Nelson and George Clinton’s son Trey Lewd originally laid down the guitar lines.

Jitwam dares listeners to dream with his Trouble Remix of Dancefloor Democrats by speeding up the rhythm and adding cosmic synth pads along with new guitar parts – all providing the perfect backdrop for interplanetary vocalists, living legend George Clinton, and his son Trey Lewd.

Charlie Soul Clap’s Peel Back featuring Nona Hendryx is an upbeat tempo number. His Breakbeat for Ya Feet hits 130 bpm with a grainy old school beat that makes you feel like it’s 1997 all over again! Lee Curtiss’ What They Don’t Know, led by Talking Heads vocalist Dolette McDonald, is reminiscent of Prince.

Dirty Disco is back with another hot episode to get your weekend started right! This week we’ve got some of the best electronic music for you, so be sure to […]