After his split from Milk & Sugar, Steven ‘Sugar’ Harding is now on the road solo and today releases his new single “Baby Do You Wanna Bump” – a remix of the Boney M. classic.

Boney M. is still one of the most successful German acts ever with over 150 million records sold. In recent years, remixes of old hits have been successfully released again and again by many different producers and remixers..

“Rasputin”, for example, was given a new coat of paint by the English DJ Majestic in 2021 and has been streamed 370 million times to date. Steven Harding has now taken on their very first song – “Baby Do You Wanna Bump”. Also this track was remixed before by Todd Terje & The Olsens which they did very nice.

Steven ‘Sugar’ Harding has toured the globe as co-founder and producer of Milk & Sugar for 25 years, charting in many countries – including a top spot on the US Billboard Dance chart. He has just released his latest adventure, which is poised to become a commercial summer hit.

“Baby Do You Wanna Bump” is out on Nitron Music.

Who are Milk & Sugar?

Milk & Sugar are a former German DJ and production duo, consisting of members Mike Milk and Steve Sugar. The duo are best known for their hit single “Hey (Nah Neh Nah)” (a Vaya Con Dios remix), which peaked at number two in Germany and number one in Belgium, Denmark, Greece, Ireland, the Netherlands and Switzerland.

The duo began their musical careers in the early 1990s, working as club DJs in Frankfurt, Germany. In 1995, they founded their own record label, Milk & Sugar Recordings. Their first release was the track “Stay Around”, which became a hit in various European countries.

The history of Boney M.

In 1978, Disco Fever hit the United States, and with it came a new sound: Euro-Disco. One of the most popular Euro-Disco groups was Boney M., a quartet put together by German producer Frank Farian. The group’s name was inspired by a character in the children’s book “The Adventures of Tintin.”

Boney M. was made up of four vocalists: two black women, Maizie Williams and Liz Mitchell, and two white men, Bobby Farrell and Marcia Barrett. The group’s biggest hit was “Sunny,” a catchy tune with a heavy bassline that became an instant dancefloor classic. Other hits included “Daddy Cool,” “Brown Girl in the Ring,” and “Rivers of Babylon.”

Boney M. was one of the first Euro-Disco groups to find success in the United States, and their popularity opened the door for other European acts to break into the American market. 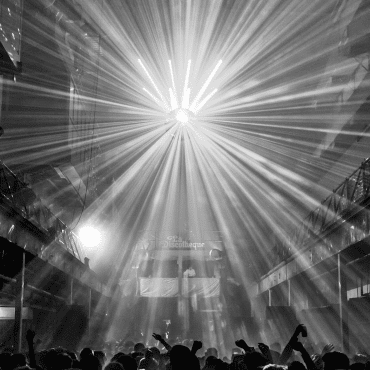 Although opened quite recently (in 2017), London’s Printworks has quickly gained a very solid reputation among clubs around the world. Thanks to its programming of the best and most legendary […]