Tchami Remixes Shiba San’s “I Wanna” with a Futuristic Touch. It’s no secret that Tchami is a master of house music remixes. His latest remix of Shiba San’s “I Wanna” is a perfect example of his skills. The original song is remixed with a futuristic touch, making it perfect for today’s dance clubs and festivals. If you’re looking for some new house music to add to your playlist, be sure to check out Shiba San – I Wanna (Tchami Remix)!

Tchami is one of the most sought-after remixers in the music industry, and it’s easy to see why. His unique take on house music has garnered him a loyal following of fans who can’t get enough of his beats. And his latest remix “Shiba San – I Wanna (Tchami Remix)” is no exception. The original track is a classic piece of house music, with a driving beat that is perfect for dancing. But when Tchami gets his hands on it, the track becomes something else entirely. He adds some sleek synths and focuses on the vocal sample, giving the track a polished, futuristic sound. It’s no wonder that Tchami’s remixes are always in high demand; he has a gift for taking a good song and making it great.

Who is Shiba San?

For those of you who are not familiar with Shiba San, let me introduce you. He is a house music producer from France who has been making waves in the music industry lately. His songs are soulful and groove-oriented, and they always get people moving on the dance floor. If you’re looking for some new house music to add to your collection, I highly recommend checking out Shiba San.

Tchami is a French DJ and producer who has been making a name for himself in the electronic music scene. His unique style of house music has earned him a loyal following of fans, and he is quickly becoming one of the most popular DJs in the world. His latest remix before this one was on Flume’s Say Nothing from his Palaces album which later got remixed and has been getting a lot of attention lately.

If you’re a fan of house music, or simply looking for something new to add to your playlist, be sure to check out Shiba San – I Wanna (Tchami Remix) on Basement Leak, You won’t be disappointed. 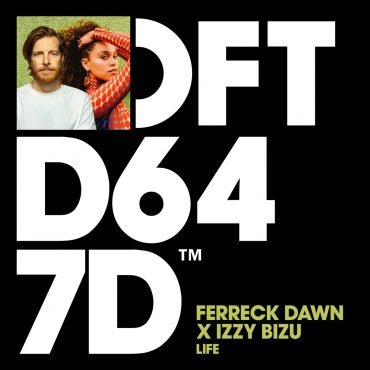 Defected Records is one of the most well-known and respected names in house music. They have a long history of releasing some of the genre’s biggest tracks, and they continue […]