Radio 1’s Essential Mix has been a mainstay in the dance music world for over 30 years now. Every week, a different artist is given 2 hours to play whatever they want. And the results have been nothing short of amazing. This list compiles 15 of the best mixes ever broadcasted on the show. Whether you’re a fan of house, techno, trance, or just good music in general, there’s bound to be something for you here. Sit back and enjoy some of the greatest DJs and producers that have ever graced the airwaves of the essential mixes! And while you are at it and love music, check out our mixes as well.

What are the essential mixes?

Before we continue with our list of the best essential mixes ever broadcasted. Let’s dive into what these mixes actually stand for and why they are so popular. Although the radio landscape has changed drastically over the past 20 years, the BBC Essential Mix has remained a consistent institution. Every Friday night, a DJ is given two hours to fill with a mix on Radio 1 in Britain. And since 1994, there have been some great mixes between the highlights. Just a few of the standouts include Daft Punk in 1997 and Caribou (aka Daphni) in 2011. In a sea of change, the Essential Mix has remained a reliable source for quality music.

The Essential Mix is a weekly radio show on BBC Radio 1 that originally aired on October 30, 1993. The show is two hours long and features a different DJ or music producer each week. The mix is overlaid with continuity announcements delivered by the host, Pete Tong. With a 30-year broadcast run, the Essential Mix is one of the longest-running programmes on BBC Radio 1. It is one of few Radio 1 shows that is not broadcasted live.

After our extensive list with some of the best Boiler room sets here’s a new one! Are you ready to hear some of the greatest DJ sets broadcasted in the Essential mix on BBC radio 1? Let’s dive in and enjoy the music!

In the more than 20 years that the Essential Mix has been around, there may not be one that impresses so much from the very first seconds. Composer Angelo Badalamenti explains in a whisper how David Lynch told him about the atmosphere of Twin Peaks. Then it goes in all directions. Keith Jarrett, *NSYNC, Ricardo Villalobos, Marvin Gaye, Bill Calahan, Pearson Sound: it’s still a wonder that it all goes together so well. And that such a slow-motion mix can be so incredibly exciting. Badalamenti’s score is like a red thread throughout the mix and ensures that, despite the tempo differences, it remains a cohesive whole. It’s an ode to evenings spent alone with good music and a glass of whisky on the sofa – or on the dance floor. Wherever you are: this mix makes you feel at home.

After spending some time in India, Paul Oakenfold was asked by the BBC to bring the Goa sound to the Essential Mix. Early trance was still rock hard in the hippie corner. But during his set, Oakenfold made the typical ’90s club sounds – acid, house and techno – more melodic. He combined them with samples of Indian music that he had gathered himself. It was a groundbreaking mix that allowed trance to be received in the mainstream. His Essential Mix is still seen as one of the ultimate classics to this day and was the starting point for many a dance music fan.

As one of the most popular acts in contemporary techno, Bicep’s Essential Mix was highly anticipated and did not disappoint. The Northern Irish duo created something truly special with their 2017 mix: far-reaching musical journeys that take you from the depths of house to a rollicking techno trip. Everything is built up perfectly, from intimate dreamy sounds to a peak-time crescendo that will make even the most stubborn dance enthusiast take note. It’s no wonder Bicep has been so successful: Their Essential Mix perfectly reflected their ability to blend all kinds of electronic music.

Just a few weeks after Daft Punk released their debut album to the world, they joined the BBC for an essential mix. This would be right before they broke through and became one of the most mythical mainstream dance act of the last 30 years. Their sound, which is based on disco, rattling drum computers, jazz solos, sweet melodies and crackling electro, can be heard throughout the mix. This is an essential listen for any fan of Daft Punk or electronic music in general.

Patrick Cowley’s mix is rewarded with an Essential Mix of the Year nomination. Watch the documentary Paris is Burning if you haven’t seen it yet to get a sense of what this groundbreaking mix is all about. This is one of Cowley’s most noteworthy mixes, chock full of great moments and transitions that will keep you engaged throughout the two-hour mix. The perfect blend of house, funk and disco makes this a timeless classic and one of the best Essential Mixes ever broadcasted on BBC Radio 1.

DJ Shadow is known for his innovative and experimental style of music. He often uses samples from other records, which pop in and out of his songs. This can create a disorienting and unpredictable effect for listeners. However, it also allows Shadow to create unique and captivating soundscapes. His music has been praised for its originality, and he is widely considered to be one of the most inventive DJs in the industry. Whether you’re a fan of his work or not, there’s no denying that DJ Shadow is a true original.

Air, the French duo comprised of Nicolas Godin and Jean-Benoît Dunckel, have already made waves with their album Moon Safari, which features well-loved tracks Sexy Boy and Kelly Watch the Stars. Shortly after its release, they were invited to be featured on the Essential Mix. However, due to a communication error between the French and English organizers, it was announced that the Essential Mix would be split over two weeks instead of just one. Despite the mix-up, Air’s appearance on the show is sure to be a hit with fans.

No list of essential mixes with early 2000s UK Garage would be complete without a mention of MJ Cole. The scene was booming and MJ Cole was at the forefront, spinning what has been hailed as ‘one of the best Garage sets ever played’. The set included tracks from Basement Jaxx, Goldie, Masters At Work, Stanton Warriors & Missy Elliot – not your standard Garage mix by any means. If you were lucky enough to catch MJ Cole in action back in the day, you’ll know just how special this set was. If not, well, you’ll just have to take our word for it!

Another French act dominates the list of 15 of the best Essential Mixes, this time being nominated as a ‘Future Star’ by Dubstep DJs Skream and Benga. DJ Snake’s opener, a Bootleg of Gangsta Paradise, is worth it alone. But by the time you reach the second hour, you fully understand that he has arrived. His mixing is flawless and his tunes are top-notch. If you’re a fan of electronic music, then DJ Snake is an artist you need to check out.

Armin van Buuren is an iconic figure in the world of electronic dance music. His Essential Mix for BBC Radio 1 is a great example of his style and sound. Not only does he mix some classic Armin anthems, but also plenty of new tracks from his own label Armada Music. It’s a fantastic mix that highlights why van Buuren is the master of melodic, uplifting trance and a pioneer in the EDM scene.

Adriatique are two Swiss producers based in Zurich and Berlin. Their Essential Mix for BBC Radio 1 is a masterclass in melodic techno, filled with deep grooves, dark atmospheres and strong melodies. This mix is perfect background music for a long drive or an evening at home. It’s sure to please fans of electronic music, as well as listeners who are new to the genre. Adriatique’s Essential Mix takes you on a journey through some of their best work, and is sure to be a hit with any music fan.

Bonobo has been making waves in the electronic music world since his first Essential Mix back in 2002. His mix for BBC Radio 1 is a masterclass in contemporary downtempo and chillout sounds. Bonobo takes you on a journey through his signature soundscapes, mixing together gorgeous melodies with intense rhythms and lush atmospheres. It’s a mix filled with energy and emotion, and is sure to be a favorite of fans of the genre.

Another one from this year is Kerri Chandler’s Essential Mix show recorded at Maida Vale celebrating his new album Spaces and Places which was released 26 September 2022. As always with Kerri Chandler the mix is an array of tech-house goodness and juicy deep house, featuring some classics from his archive as well as new tracks. With each mix he proves that he’s still one of the best in the business – showcasing a musical knowledge which spans decades. Listen here on BBC Radio 1.

These are just some of the 15 best Radio 1 Essential Mixes ever broadcasted by Pete Tong. Each one showcases the unique sounds of the artist in question, giving listeners an insight into their creative vision. Whether you’re a fan of EDM, garage, techno, trance or downtempo, there’s something for everyone in this collection of Essential Mixes. So grab your headphones and get ready to be taken on a journey through some of the best electronic music has to offer!

It goes without saying that this list is by no means exhaustive; there are so many good mixes from the history of BBC’s renowned radio program. Here’s a list and archive of all the mixes. But these are 15 of the very best Essential Mixes ever broadcasted on BBC Radio 1. So turn up your speakers, hit play and get ready to be taken away by some of the finest electronic music out there! And if you are craving for more and especially new electronic music on a weekly base. Make sure to check out our weekly music podcasts. Enjoy! 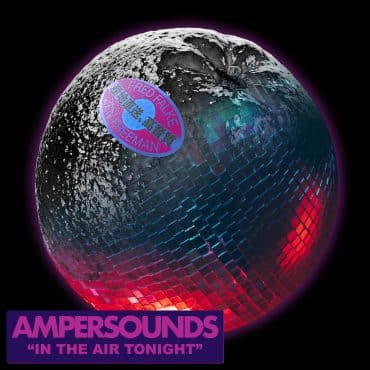 Ampersounds – In The Air Tonight: The Classic Phil Collins Track Gets a Disco Makeover.

Ampersounds, the production duo made up of Fred Falke and Zen Freeman, have given Phil Collins’ classic “In The Air Tonight” a disco makeover that is sure to get your […]