In 2001, the whole wide world was dancing to the beats of ‘Starlight’. A hit track that revealed The Supermen Lovers and placed them directly in the pantheon of that French Touch House sound alongside artists such as Daft Punk, Etienne de Crécy, Basement Jaxx or Cassius.

Now 20 years later, time has passed but The Supermen Lovers, real name Guillaumme Atlan, is still there. Moving away from radio hits like ‘Starlight’, the artist took another direction to lead his career and blossomed with electronic music above all thought for the dancefloors.

Above all, the Frenchman always knew how to remain faithful to his identity, giving in neither to the fashions of the moment nor to the easy nostalgia of his past success. He is back with a fourth studio album, ‘Body Double’, a perfect manifesto of his artistic project.

The creation of The Supermen Lovers – Body Double.

Reference to De Palma’s film of the same name, the title of this record is also a way for The Supermen Lovers to better reflect different personalities and his ability to draw inspiration from sometimes very different styles. Body Double’ is also the fruit of a long process for the artist.

Too organic for club DJ’s.

Indeed, he began working on it in 2016. After having finalized a first version alongside Eric Chedeville at Crydamoure studio, The Supermen Lovers flew to Ibiza and realized that his album is far too organic to be played by the DJs of the island. He then decided to start from scratch. A two-year trip to Kyiv followed, from which the Frenchman drew inspiration, both on a personal and sonic level, to design the new contours of his ‘Body Double’ LP.

From electro-disco to funky britpop influences.

The result is a dense record which in twelve tracks navigates as well between the electro-disco so characteristic of the style of The Supermen Lovers, as pieces with a more club / dance floor spirit, funk ballads or even Britpop influences. A nice melting-pop sound that gives to the music of The Supermen Lovers a timeless side and reminds us that 20 years after ‘Starlight’, the Frenchman has definitely not finished making us dance yet.

The album is available though La Tebwa as digital format, as CD and on vinyl (12 inch) here. 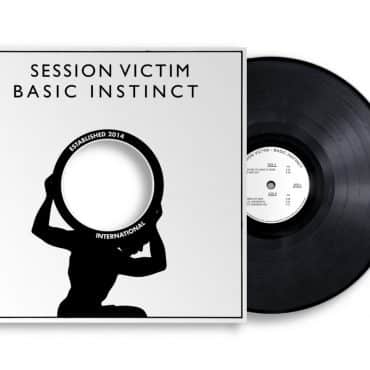 Having emerged as favorites on various dance-floors over the years, the German duo step forward to present their first EP on the South London Rhythm Section label: ‘Basic Instinct’. Session […]