Rose Robinson’s debut album, “International Love Affair,” is set to be released on Ubiquity Records. The album is a highly credible account of Robinson’s musical ability and her sonic travels around the globe. The tracks on the album are a reflection of her passion for music and her desire to share her talent with the world. Robinson’s goal with the album is to provide listeners with an experience that is both musical and personal. She has said that she wants listeners to feel as if they are “traveling with her” through the different tracks. With “Tigerbalm – International Love Affair,” Robinson has created an album that is sure to captivate and engage listeners from all corners of the world.

Inspired by Balinese sunsets and the Kete drums. Patrick Dawes is on percussion. Joy Tyson from Berlin later recorded vocals and I reworked the track and felt inspired by Saâda Bonaire so it’s more of a Nu Wave/Nu Disco vibe now. The instrumental is the Balearic Balinese vibe I originally strived for.

Inspired by a wild Berlin rave trip which ended at the Sunday party; Cocktail d’Amore. Percussion also Patrick Dawes. Juno synth on this track. Joy’s vocals came out 1 year after the track was finished. I added her vocals while in covid isolation in Margate… no direction from me at all – just her improvisation. Joy’s vocals make me think of Kelis on this track. I still love the instrumental, but the radio edit is so catchy- her vocals are sassy and addictive.

Inspired by Flamingo Pier Festival on Waiheke Island, Auckland. Sample vocals with my Waldorf synth. This track started off as what is now the sunset rework but once I got in the studio with it – it was impossible to stop adding and evolving the track to make it more dance floor centric.

I made this at the same time as Waiheke, so I always see them together although Cosmic Camel is very different. Juno Synth with Afro Latin vocal samples. Originally it was called Cosmic Claw but when I added the live percussion from Patrick Dawes, I thought it sounded like a camel walking…clip clopping so I changed the name to Cosmic Camel haha.

Originally started as an Earthboogie track, we split our unfinished tracks when we parted ways. This track features Bahian percussionist Jansen Santana. The vocals were re-recorded with my special named singer. This is my most played track on the album for me- I loved making this song as it’s pure positive energy.

Inspired and started while staying at Riad de Lister in Morocco at a yoga retreat. After morning yoga and pool/ sun time I would hide in the shade and work on this new tune. This is the result. A raw, fun, silly teasing track…I guess my mood at the time! Again, i can’t name the vocalist but this track was cut up vocals from her warm-up session at the studio- it was really fun doing this song.

Inspired by the feeling after a rave session in Berlin where you don’t want to stop dancing and the rhythm is still with you. Deep Mind Synth, with live percussion and Arabic vocal sample.

Inspired by watching the most beautiful sunset at La Brisa in Bali https://labrisa-bali.com/ hence the name. This incredible beach club was so earthy. The DJ was playing gorgeous cosmic disco and organic house. My track contains Balinese vocals, Balearic tones and guitar from Elvin Estela. 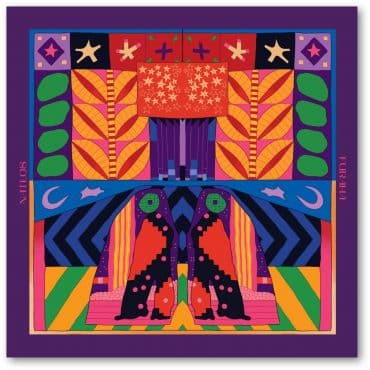 Mumbai-based artist Nate08 is quickly making a name for himself with his unique take on R&B, neo soul, and soulful house. His debut album ‘Furaha’ is a masterfully crafted collection […]