When Someone Loves U – the new single from Emeli Sandé featuring Nile Rodgers!

Emeli Sandé and Nile Rodgers have been two of the most successful artists in music over the past few decades. Between them, they have won dozens of awards and accolades, and have sold millions of records. Their new single, “When Someone Loves U,” is a testament to their combined talents and proves that they still have what it takes to make great music.

Nile Rodgers: The man behind CHIC.

The American guitarist and producer has sold over five hundred million albums worldwide. Not only is he the man behind CHIC, he has also created songs for Madonna, Sister Sledge, Diana Ross, Duran Duran, Daft Punk, Beyoncé and so many more. His funky little guitar is known throughout the universe, but his glory days are already behind him. Not abnormal if you know that Rodgers will soon be able to blow out no less than seventy candles on his birthday cake.

Emeli Sandé: A Grammy for album of the year.

However, with Emeli Sandé it is just getting started. The British singer first came onto the scene in 2011 with her debut album Our Version of Events. The album was a massive success, winning multiple awards including a Grammy Award for Album of the Year. She has since released another album, Long Live the Angels, which was also met with critical acclaim. Her voice is unique and powerful, and she has a knack for writing beautiful songs that tug at your heartstrings.

Emeli Sandé & Nile Rodgers – When Someone Loves You.

Together, Nile Rodgers and Emeli Sandé make an incredible team. Their new single “When Someone Loves U” is proof of that. If you haven’t heard it yet, be sure to check it out!

Those who already know Nile Rodgers will not be surprised that his collaboration with Emeli Sandé is funky. The lightning-fast disco number contains, in addition to the aforementioned guitar, a fat bass line that threatens to make your legs tremble.

On the other hand, one can speak of a musical cacophony, especially in the second half of the song. “When Someone Loves U” comes across as rather busy at times due to the many sounds, the high tempo and the echo on Sandé’s vocals. It’s a fun, summer song for during a party, but if you want to listen with concentration you may not always know what to focus on. Check it out on Spotify. 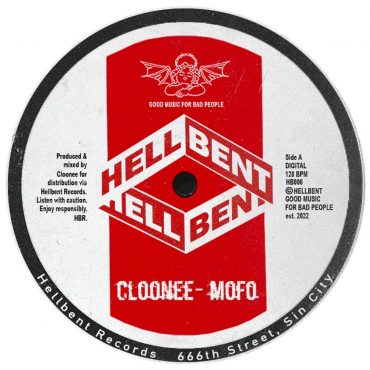 When Cloonee dropped “Nightmares” with Chris Lake back in May, he made it clear that his unique style was the next wave of tech-house. The rising name has been making […]