WhoMadeWho – UUUU is their seventh studio album, available now via Embassy One.

A beautifully crafted record, exploring a myriad of sonic palettes through a skillfully considered offering of stirring vocal electronica tracks, WhoMadeWho – UUUU is the band’s seventh studio album since its formation in 2003 and marks another defining moment in the careers of three artists whose collective creativity and musicality know no bounds.

These favorites are accompanied by an ethereal selection of new vocal compositions, including “The Fall,” “Moon After Moon,” “Elsewhere ft. Kat Frankie,” “LIFE,” “Everyday with Rampa,” “Never Alone,” and “11-11” with AVA4K (among others), WhoMadeWho – UUUU takes the listener on a journey through sound to deliver one of 2022’s most anticipated records.

Beyond the music boundaries.

True to their quest for extraordinary sensory experiences, the WhoMadeWho trio continues to revel in the blurring of musical boundaries with this latest release – reimagining their long-standing affinity for organic, instrumental music in a uniquely electronic paradigm. The modular soundscapes and stripped-down instrumentation reinforce the hypnotic spirit of WhoMadeWho’s musical brand to create a challenging journey that keeps the listener on the edge of their seat from the start.

Speaking about the album, WhoMadeWho commented:

“UUUU means a lot to us. The album points to new adventures, both in the studio and on stage, all over the world. It’s a very clean and playful album at the same time. Inspired by both 90’s and 00’s Electronica and 80’s Post-Disco, stylistically WhoMadeWho – UUUU stays within our own indie-club Whomadewho framework. We worked with producer Rampa from Keinemusik on the album.

Collaboration with Rampa from Keinemusik.

He pushed us at times when we were stuck, changed several of our demos that were headed for the trash can and turned them into great songs. He also worked brilliantly to find the essence of our many creative inputs. This is not an easy task, as we are often all over the place. UUUU is loaded with new colors. Kat Frankie joined us on several tracks, giving us an inspiring female counterpart. Frank Wiedeman, Jens Kuross, Davide Rossi, AVA4K and others also helped us levitate. We tried to make this album a journey and a psychedelic trip to the best of our abilities. We hope you enjoy it.

Also make sure to listen to the earlier Black Coffee remix on Silence & Secrets.

In the years since their formation, WhoMadeWho has become one of the most important underground bands of its generation. The Danish band, consisting of Tomas Høffding, Tomas Barfod and Jeppe Kjellberg, has an exceptional sense of emotional depth, heartbreaking melodies and brilliant songwriting, boasting an expansive discography that currently boasts a total of seven albums and a plethora of EPs, singles and remixes released on labels such as Kompakt, Innervisions and Life & Death.

On the road, they are internationally recognized for their professionalism and outstanding live performances and have become regulars at some of the world’s most important music festivals, including Roskilde, Sonar, Melt! and Burning Man to name a few. 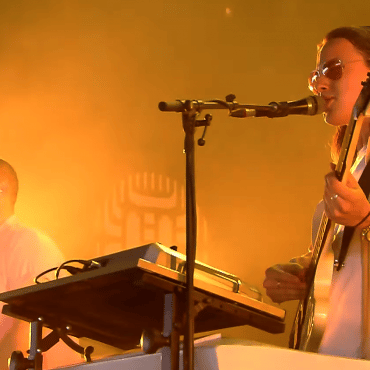 Even though it has been almost a year since Jungle released its third long-player with Loving In Stereo, it is extremely difficult to avoid the band these days. Last week, […]