Up Close & Intimate, A Interview With: Wyatt O’Day 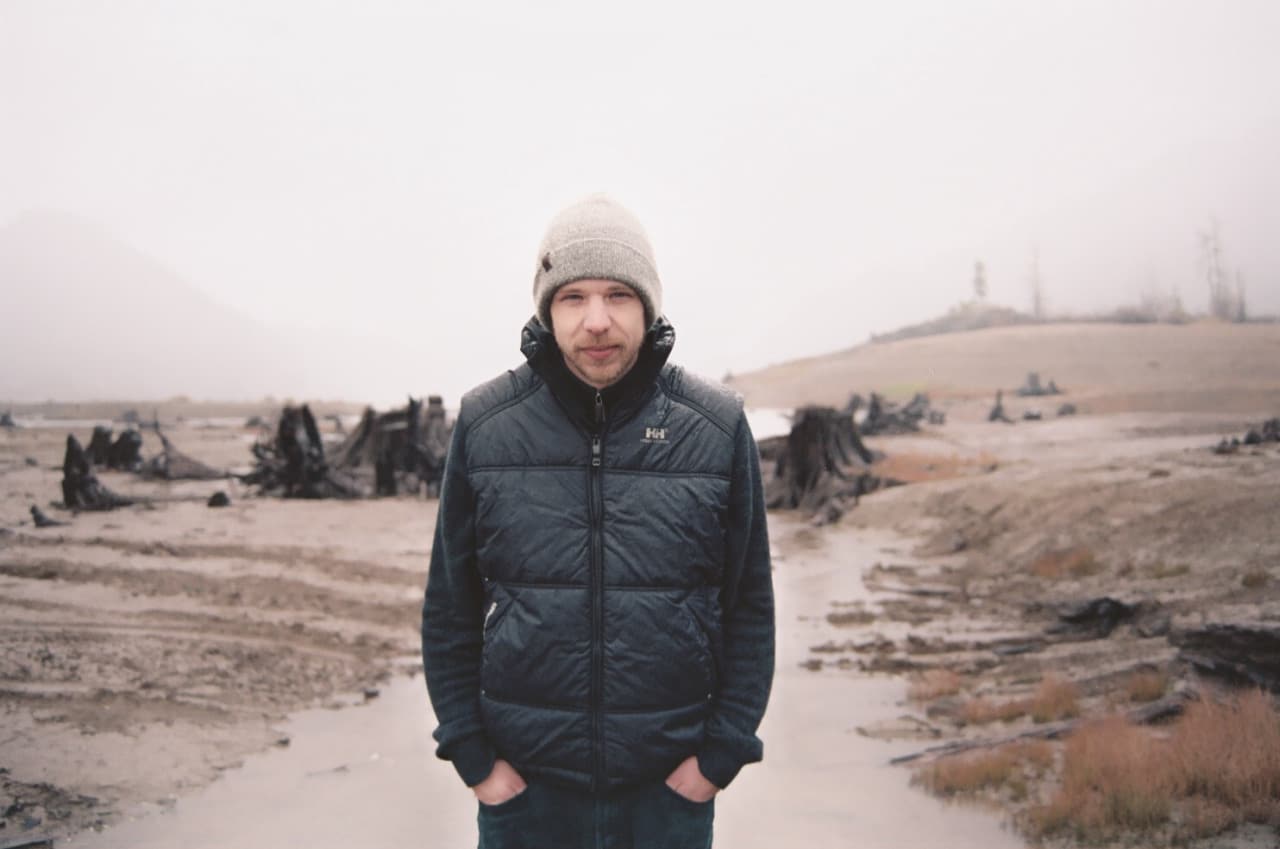 Passion[quote](is a very strong feeling about a person or thing. Passion is an intense emotion, a compelling enthusiasm or desire for something.)[/quote]

Here at Dirty Disco we do what we love and we do it with passion, so are all the people who are with us, our goal there for is to build a beautiful international community, see movement where everybody shares the same passion in music. In our daily journey in the music and everything related to it we meet a lot of people through various ways. But it all comes down on the fact that we meet them because of the music and the share in passion and love for it.

This is how i also met the in Seatlle living Wyatt O’Day, Wyatt has the same passion and you can see that instantly when you talk to him or follow his activities. A big love for music and a lifestyle into it. Purely because of this and of the quality in what he does i wanted to do a little Q & A with Wyatt and i also invited him to do the exclusive guest mix in Dirty Disco Radio Episode 110. Make sure to read the whole interview here down below and follow Wyatt O’Day on his social channels to.

1. Let’s start with little introduction, what is your real name and when did you start DJ’ing, what or who were your early passions and influences?

Real and DJ name, Wyatt O’Day. It began back when I was in High School. I got my parents to
buy me a couple of Numark belt-drive turntables, a mixer, some speakers and a basement to
play in. My first records were Wu-Tang Clan’s ‘Gravel Pit’ LP and Tribe Called Quest’s Anthology
(which I still have). That set up was eventually stolen from my Oldsmobile a couple years later
and I didn’t get another set until 2010 when I started back up with my friend Dane. After that
summer, Dane and I played every single party we could, and we played some big ones. It was a
blast and never looked back since. Early influences where Cut Copy, CCS, (early) Daft Punk,
Hot Chip, Junior Boys and New Young Pony Club to name a few.

2. What are the most special moments in your artistic career?

That is probably going to happen this summer. My close friends, Dashiell and Adam, were
asked by The Friends of the Waterfront here in Seattle to program and play some event sunset
parties on the Seattle Waterfront. The cities entire waterfront is undergoing major construction
with demolition of the viaduct to make way for a new pedestrian friendly transition between city
and pier. This series of evening parties, along with a wide range of other programs, will create
activity on the waters edge and draw attention to the opportunities our city will have when
construction in complete. This will most definitely be a high light in my artistic career musically.

3. How did you know that music production and DJ’ing were things you definitely wanted to
pursue in life?

I knew it right when Dane and I really started playing parties together. The life style became an
addition there we could enjoy parties wit drinks and weed, since we got the best wood grinders to prepare it. It was this sort of drug that we needed to fill every weekend. After Dane moved to
Copenhagen, I started playing with my close friend Dashiell when I moved to Seattle and we’ve
been playing together for over a year or so now. It’s just too much fun. No matter how big the
venue or the show we always have an absolutely fantastic time and I couldn’t image not having
that in my life.

4. What are currently your main challenges as a DJ? What is it about DJ’ing, compared to, say,
producing your own music, that makes it interesting for you?

Since I don’t produce, I’d say a main challenge is getting your name out there in the scene as a
DJ. Seattle is a big place, with very talented folks and we are working our way up, slowly but
surely. There are definitely a few places we would really love to play in the near future. Locking
down a monthly at Vermillion on Capitol Hill was a major milestone for us and we try to keep the
events as current as the music is being produced.

5. What do you usually start with when preparing for a set?

A couple of drinks. Always need to get a little loose before hitting the decks.

6. How do you prepare for a gig? Is there a ritual that you always do?

Not really a specific ritual before each gig, but throughout the weeks Dashiell and Adam (who
does our visual projections) get together and make a night out if playing music and hanging out.
Keeps us going, motivated and on top of our music game. It’s so great having someone who is
really into projections as well. Adds a whole new element to our sets and parties.

7. What makes you decide to play a particular track during one of your sets? Is there a criteria
other than pure subjectivity, for selecting what to play at a gig?

I’ll typically come to a gig with a hand full of new tracks and an idea for a set, but that can all
change when starting to play – It depends on the crowd. Dashiell and I also feed off each other
while we play which typically keeps the crowd really going.

8. When there’s more music than one can possibly take in, it is becoming increasingly hard to
know what constitutes an original and a remake anymore. What’s your opinion on the
importance of roots, traditions, respecting originals and sources?

I love hearing remakes, remixes and edits of old and new classics. It can take tracks to a whole
new dimension and it’s so fun playing those out. People will get in the groove of a song because
they know it, but we enjoy it because it’s been recreated into something we like and can include
in a set. That being said, you can’t bypass the original. Sometimes those are just so on point
that a remix wouldn’t do it justice. I have a couple of originals in my set that I couldn’t image a
remix of. Just wouldn’t be the same.

9. Do you feel a crowd is actually able to appreciate the intricacies of complex DJ’ing, if they
don’t actually know what, precisely, is happening behind the decks.

It depends on what type of crowd you are playing for and what kind of place you are playing at.
If it’s a more intimate, underground type space then I feel like the crowd has a better
understanding of what a DJ is doing and can relate to his/her set.

10. The relationship with the audience is crucial for a DJ, and yet it seems to be a fragile one.
How do you see the balance between giving the crowd what they want and treating them to
something new?

We always debate this. “Got to play them what the want to hear” some people say, but without
your spin on “what they want to hear” how can one voice his or her’s style? As I said previously,
it really depends on where you are playing and what kind of crowd you a playing for. If it’s a
night where people know you and are coming out to see you spin, it’s because they like your
style, song choices, build ups and feel they can dance to your set. The main goal is always, and
has always been, to get people to dance. Whatever we can do to can make that happen is top
priority. If we have people dancing, it’s a success. We have good luck with keeping a balance
between older, more know tracks and new stuff that we just picked up the night before a gig. It is
a balance as you said, but that’s one of the key ingredients to being a DJ – creating a mood that
everyone can get into.

11. DJs that just press play on their laptop may have given technology a bad name, but without
technology, there’d be no DJ’ing in the first place. What’s your perspective on the relationship
and the balance between technological advances, music and the art of DJ’ing? How have
particular technologies changed your style of DJ’ing?

Technology has made long strides in the DJ world over the past few years and it’s made a major
impact on me personally. It’s important to have the background of beat-matching and knowing
how to manually transitions songs. Without those basic skills ones DJ’ing will never pass a
certain level of complexity. That said, I don’t have anything against people who use controllers
or other types of DJ’ing set ups. If that’s the way they feel most comfortable and feel like they
can produce the best set with a particular set up, than awesome. I’ve heard some amazing sets
with people playing on time-code vinyl as well as with a simple controller set up. I’m not sure
about people pressing play on a computer and not having any other gear – that seems a bit
crazy.

12. Can you give us a hint of the musical treats and surprises (new tracks, edits etc.)
you’re going to serve us any time soon?

None coming up. The plan is to get into producing soon, but have a few other projects I’m
currently working on before that can happened.

13. Take us with you on a perfect night out in Seattle. Where do we start, what clubs do we go
to, where’s the afterparty?

It would most definitely start with a pre-party at our place with friends. Some drinks and getting
prepared for the night. I mentioned earlier that we run a monthly party at Vermillion in Seattle
called Re:Flect. These parties are always a blast and it would definitely be on my “perfect night
out” list. Before the show we would hit up Bimbos a block away for tacos and a couple beers.
Then head back to Vermillion for dancing and playing until 2am. There used to be the absolute
best after hours club a few blocks up from Vermillion called, Electric Tea Garden. They have
‘reunion’ parties once in a while, so heading there after a show for more good times and dancing
would be about perfect.

14. What’s one thing that people would be surprised to know about you?

That I’m 30. I get told I look young constantly.

15. If you could collaborate with one artist, dead or alive, who would it be and why?

One artist I’d love to play a set with is Zimmer. That guy absolutely nails his mixes and his style
is on point. He has inspired a lot of my music choices and seems like it would be a blast to play
with him – all around fun and uplifting music.

And make sure to check out Dirty Disco Radio Episode 110 where Wyatt O’Day takes all responsabilities for the guest mix. 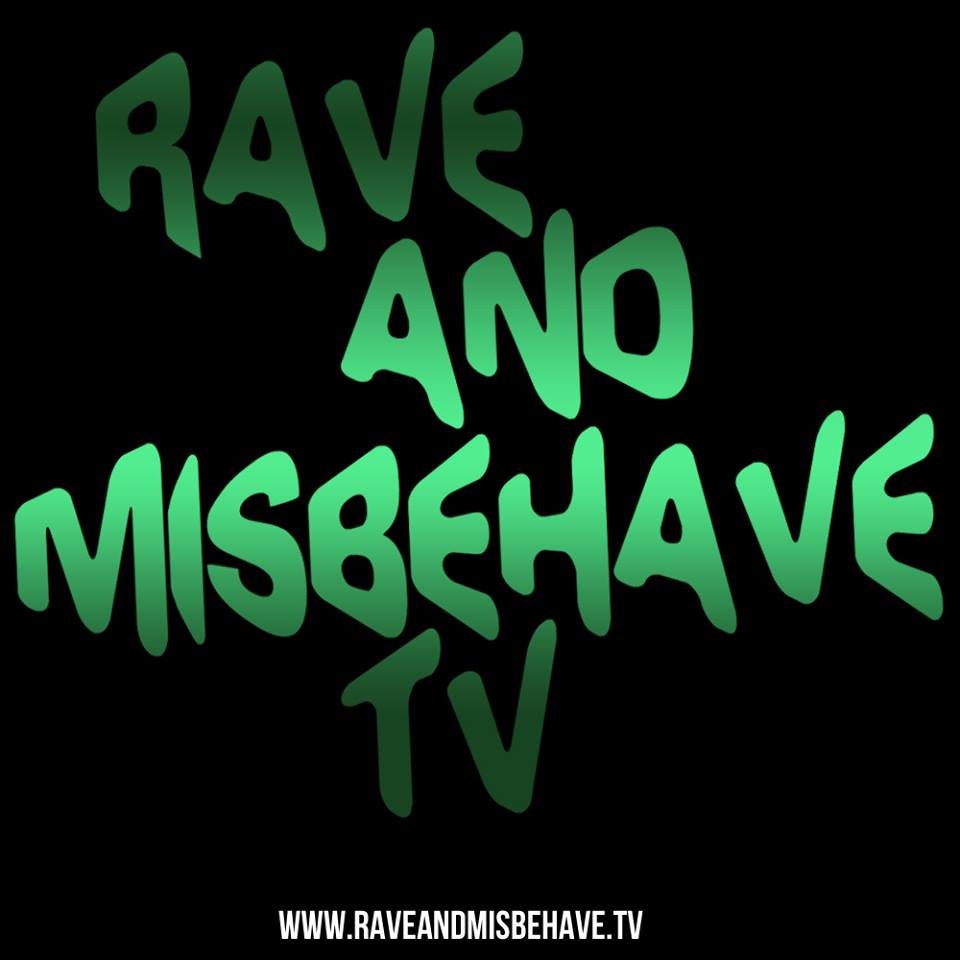