Yotto remixes ‘This Feeling’ by Vintage Culture and Goodboy. The famous track ‘This Feeling’ by Vintage Culture and Goodboy is remixed by the talented Finnish DJ and producer Yotto. The original track produced by the Brazilian phenomenon and the Goodboys duo was one of the highlights of the summer festivals this year. With this remix, Yotto adds his touch to the track. He creates an intense and captivating atmosphere that stands out from the original version to offer us a mesmerizing progressive version. This is not the first time that Yotto has had the privilege of remixing artists of this level. After remixing RÜFÜS DU SOL, Diplo, Faithless, Joris Voorn or Coldplay, the Finnish adds a new masterpiece to his discography.

The ‘This Feeling’ remix is available on all digital platforms. Don’t hesitate to check it out!

Yotto, born Otto Yliperttula, is a Finnish DJ and producer who first made waves in the electronic music scene with his 2022 debut album ‘Erased Dreams’ on Anjuna Deep. His melodic and progressive style sets him apart from other DJs and producers, and has earned him a loyal following of fans around the world.

Yotto’s music has been supported by some of the biggest names in the industry, including Pete Tong, who named him one of his ‘Ones To Watch’ in 2018. Yotto has released music on some of the world’s most prestigious labels, including Anjunadeep, Suara, and Green. He has also played at some of the biggest festivals and clubs around the world, including Tomorrowland, Ultra Music Festival, and Space Ibiza. Yotto is without a doubt one of the most exciting talents in the electronic music scene today. 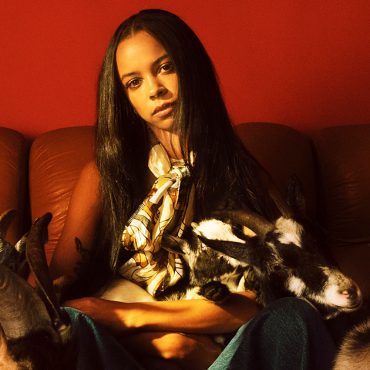 Female artists are claiming their own place in the diverse music landscape more than ever, both directly on stage as well as more and more behind the DJ booth. Alongside […]